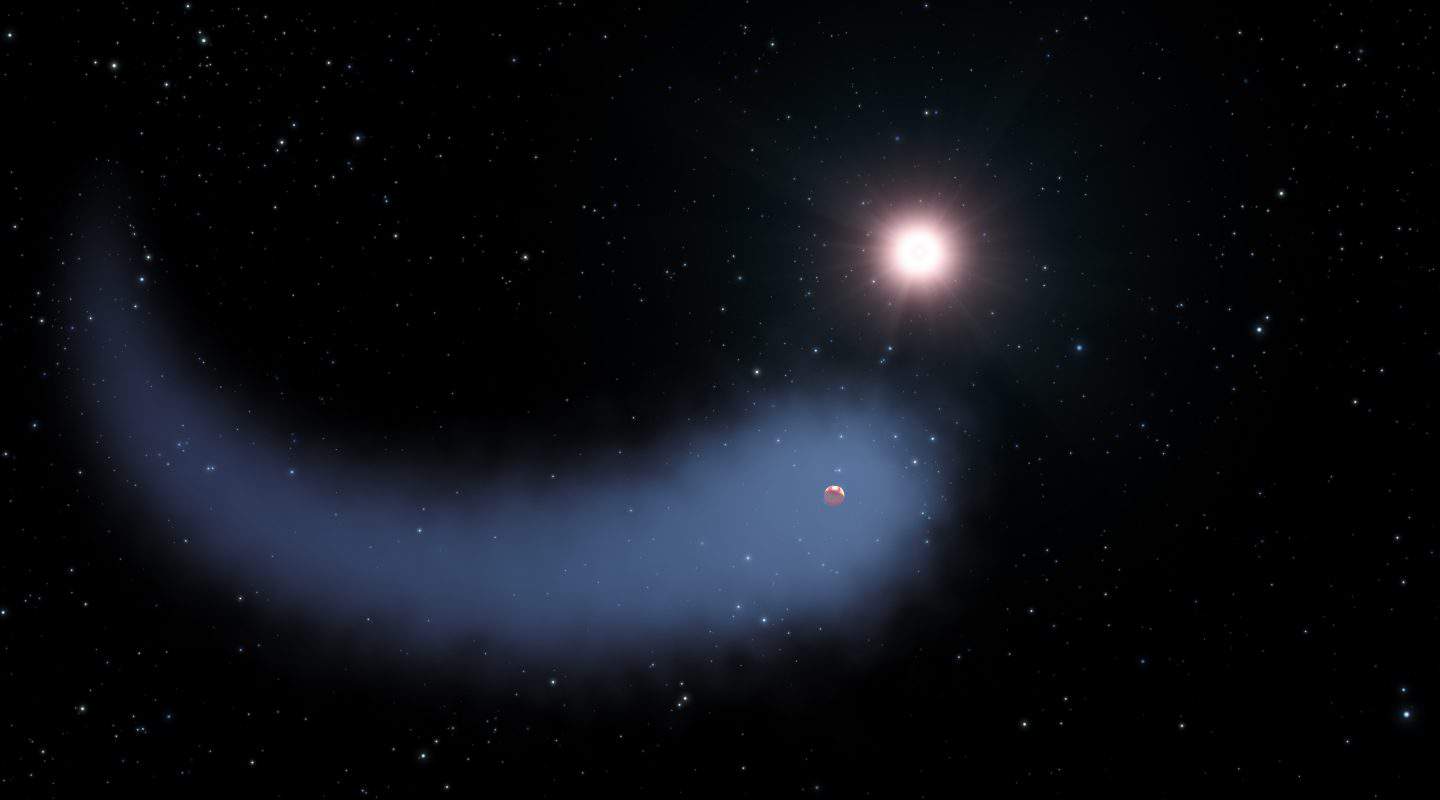 The flipped orbit of an exoplanet 33 light years from Earth hints at the existence of another massive undiscovered planet in its vicinity, according to astronomers.

In our solar system, planets whirl neatly around in their orbits in roughly the same plane as the Sun’s equator, give or take a few degrees. But this is not the case for all planetary systems.

A new study, published in Nature and led by University of Geneva (UNIGE) in Switzerland, shows that the universe is a whole lot more hectic. The team found that the exoplanet Gliese 436b follows a bizarre orbital path nearly perpendicular to the equatorial plane of its parent red dwarf star, Gliese 436, meaning that it zooms over the star’s poles.

About the size of Neptune, Gliese 436b was discovered in 2004 and has been recognised as an oddball ever since. In 2015, the same team detected a giant cloud of gas escaping from the planet and streaming out for millions of kilometres behind it in a tail reminiscent of a comet.

But its orbit is perhaps the most intriguing trait. On top of the puzzling eccentricity, Gliese 436b is very close to its parent star and goes around it every 2.6 Earth days.

“This planet is under enormous tidal forces because it is incredibly close to its star,” says UNIGE’s Vincent Bourrier, lead author of the study. Usually these tidal forces “should have since circularised the orbit of the planet, but this is not the case!”

This stretched-out polar orbit doesn’t fit in with current models of the evolution of planetary systems, so researchers think there’s more to the story. They propose that a more massive, as-yet undiscovered planet is also lurking around the star, disrupting the orbit of Gliese 436b.

“If that is true, then our calculations indicate that not only would the planet not move along a circle around the star, as we’ve known for 10 years, but it should also be on a highly inclined orbit,” explains Hervé Beust, co-author and researcher at the Institut de Planétologie et d’Astrophysique de Grenoble. “That’s exactly what we just measured!”

Orbital calculations also predict that Gliese 436b may have migrated closer to its parent over time, jostled inwards by the gravitational push of its larger companion.

Bourrier notes that the misalignment could also could explain why the planet is losing so much gas.

For him, the search has only just begun: “Our next goal is to identify the mysterious planet that has upset this planetary system.”