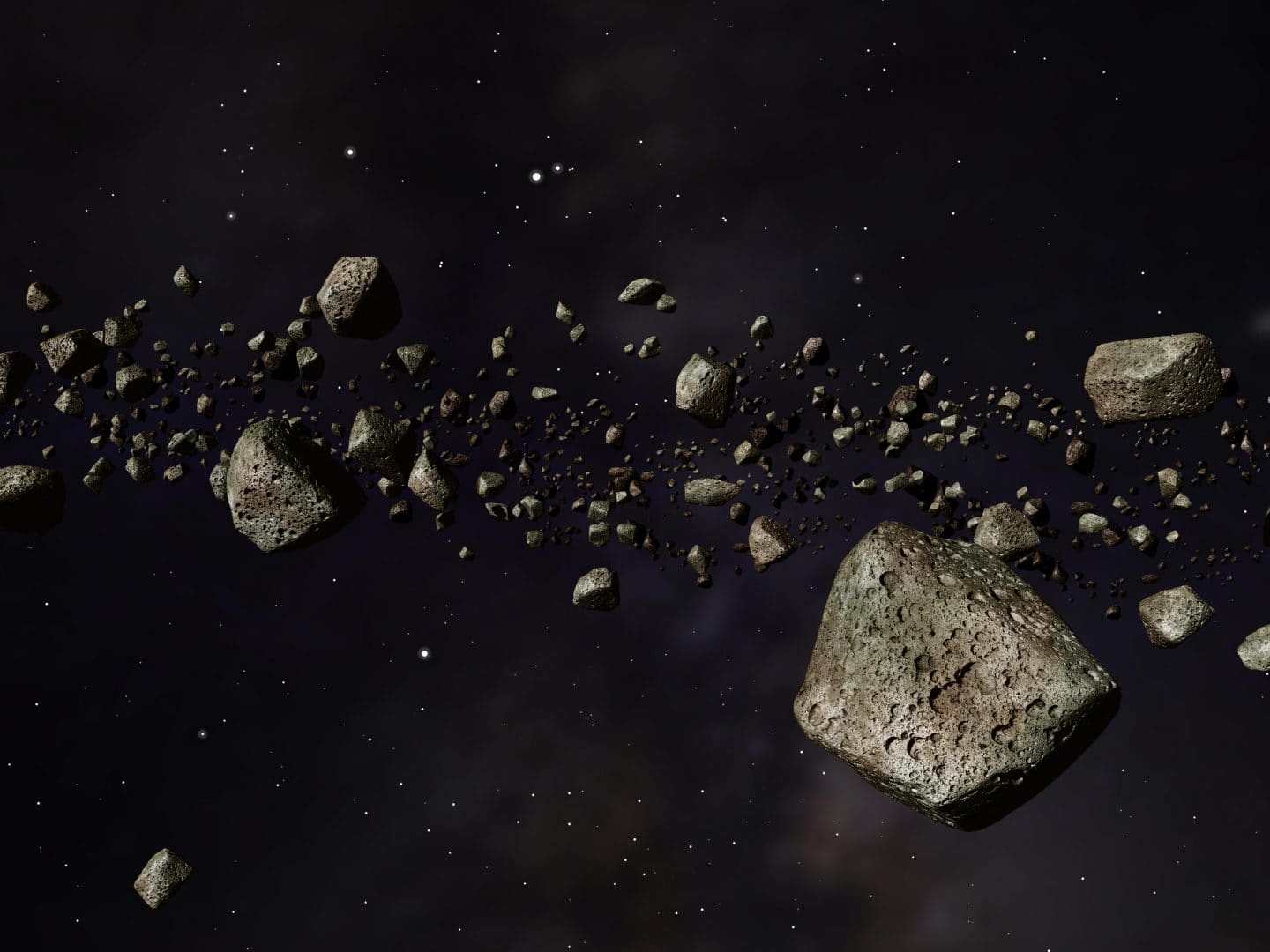 Scientists studying the most distant known objects in the solar system have found that their orbits can be explained by repeating patterns of gravitational interaction among them, without needing to invoke a mysterious undiscovered Planet Nine, orbiting even farther out from the sun.

These objects lie in a region called the Kuiper Belt, which extends outward from about the orbit of Neptune. Many are “attached”, meaning that they come close enough to the orbit of Neptune to demonstrate a relationship to the rest of the solar system. But a few are “detached,” meaning they don’t.

One of the most famous of these is Sedna, a minor planet nearly one-third the diameter of the moon, whose orbit never comes closer than two-and-a-half times the distance to Neptune. {%recommended 3488%}

The orbits of such bodies are a conundrum because Kuiper Belt Objects (KBOs) are thought to have formed in the inner solar system, then been scattered outward by interactions with Neptune. The fact that many orbits still dive in as close as the planet’s is a relic of this interaction and helps confirm their origin. But detached KBOs have lost this connection to their roots. The mystery is why.

One explanation is that they were pulled away by Planet Nine, a giant planet the size of Neptune lurking so far out that nobody has yet found it, despite its size.

But Sedna and its kin can be explained without invoking a new planet, says Jacob Fleisig, an undergraduate astrophysics student at the University of Colorado in the US, who presented his results recently at a meeting of the American Astronomical Society in Denver, Colorado, in collaboration with his advisor, astrophysicist Ann-Marie Madigan.

The explanation, Fleisig says, involves the way KBO orbits can change over the course of millions of years.

“If you imagine looking down at the solar system [from above],” he says, “you see a bunch of orbits around the sun.”

But the orientations of these orbits changes over time in a process called precession. “[They] revolve around the sun like the hands of a clock,” he explains.

The rate of this revolution, he says, varies with the KBO’s mass. Big ones, like Sedna, have more inertia and shift slowly, like the hour hand of a clock. Small ones shift more quickly, like the minute hand.

“Eventually the minute hand catches up with the hour hand and you have a gravitational imbalance that changes the orbit of the massive body,” Fleisig says. “That detaches it.”

The analogy isn’t perfect, he adds, because the small objects don’t precess anywhere close to 60 times as fast as the big ones. But it helps get the point across.

Furthermore, he says, the process seems to be cyclical. Once one of the more massive KBOs is detached, it precesses more quickly. In effect, it becomes the minute hand, and the smaller body’s precession catches up with it, reversing the process.

“It occurs in cycles,” Fleisig says, “[with] periodic detachments and attachment.”

A side-effect is that such cycles might periodically shoot comets toward the inner solar system, including Earth. “While we’re not able to say that this pattern killed the dinosaurs, it’s tantalising,” Fleisig says.

The theory isn’t without controversy. To begin with, Konstantin Batygin, a researcher at California Institute of Technology, Pasadena, US, who is a leader in the hunt for Planet Nine, notes that the detachment of Sedna-type KBO orbits isn’t one of the things traditionally used as evidence for Planet Nine.

Rather, he says, the primary evidence comes from the hypothetical planet’s effect on other KBO orbits. “It was only later that we noticed that as the KBO orbits rattle around, they periodically get detached and re-attached,” he says.

In other words, Planet Nine offers a handy explanation for detached KBO orbits, but isn’t disproven if some other explanation proves better.

In fact, Batygin adds, when Sedna was discovered, the standard explanation for its orbit had nothing to do with Planet Nine. Instead, astronomers presumed it had been caused by gravitational perturbations from a passing star.

“[The] detachment of Sedna-type orbits can be explained by any sufficiently strong external gravitational potential, independent of where it comes from,” he says.

Also, he notes, Fleisig and Madigan’s model requires a fairly significant amount of mass in the Kuiper Belt’s smaller objects in order to make it work.

“We are talking about five-to-10 Earth masses,” he says — a problem because current estimates put the total mass of the Kuiper Belt at something on the order of between one and 10% of the mass of the Earth.

“For this model to work, you must assume a large, hidden reservoir of undetectable mass in the distant Solar System,” he argues.

He agrees that his model requires the existence of more mass in the outer solar system than has yet been detected. But, he notes that only a few years ago, we didn’t know anything at all existed out there.

And given that most KBOs can only be seen in the brief parts of their orbits when they swoop relatively close to the sun, he thinks it’s possible that we may only have found the tip of the iceberg.

“There could be a large population of objects out there waiting to be discovered,” he says.