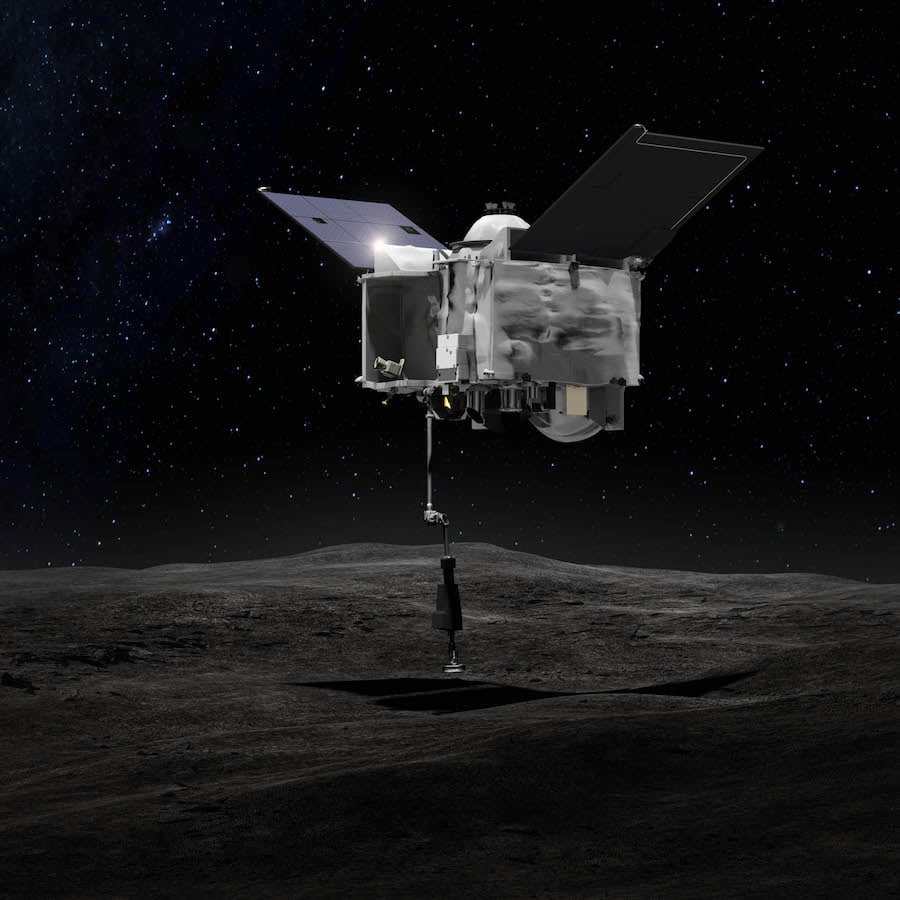 The OSIRIS-REx mission will help scientists investigate how planets formed and how life began, as well as shed light on asteroids that could impact Earth.

The spacecraft will travel to a near-Earth asteroid called Bennu (also called 1999 RQ36) where it is expected to arrive in 2018. After scooping a sample from the asteroid, the spacecraft will return to Earth – with an ETA of 2023.

OSIRIS-REx is the third in NASA’s New Frontiers Program, which aims to explore and understand the solar system by launching a medium-class spacecraft expedition every 36 months (on average).

NASA’s Goddard Space Flight Centre is responsible for managing the mission, while Lockheed Martin Space Systems in Denver, US, built the spacecraft.

Here’s OSIRIS-REx’s journey from the lab to outer space.

Scientists calibrate REXIS, a tool that will be mounted on OSIRIS-REx. It will image x-ray emission from Bennu to show the abundance of different elements in the asteroid’s surface.

OSIRIS-REx is lifted into the Thermal Vacuum Chamber at a Lockheed Martin facility for environmental testing.

The now tested OSIRIS-REx spacecraft is revealed inside the Payload Hazardous Servicing Facility at the Kennedy Space Centre.

OSIRIS-REx is encapsulated for the first part of its voyage to Bennu.

A United Launch Alliance Atlas V First Stage Booster is lifted into position. It will be used to launch OSIRIS-REx into space.

OSIRIS-REx is mated to the Atlas V booster.

OSIRIS-REx and the Atlas V are rolled out of the Vertical Integration Facility and out to the launch site at Cape Canaveral Air Force Station.

An artist’s conception of OSIRIS-REx collecting a sample from Bennu.