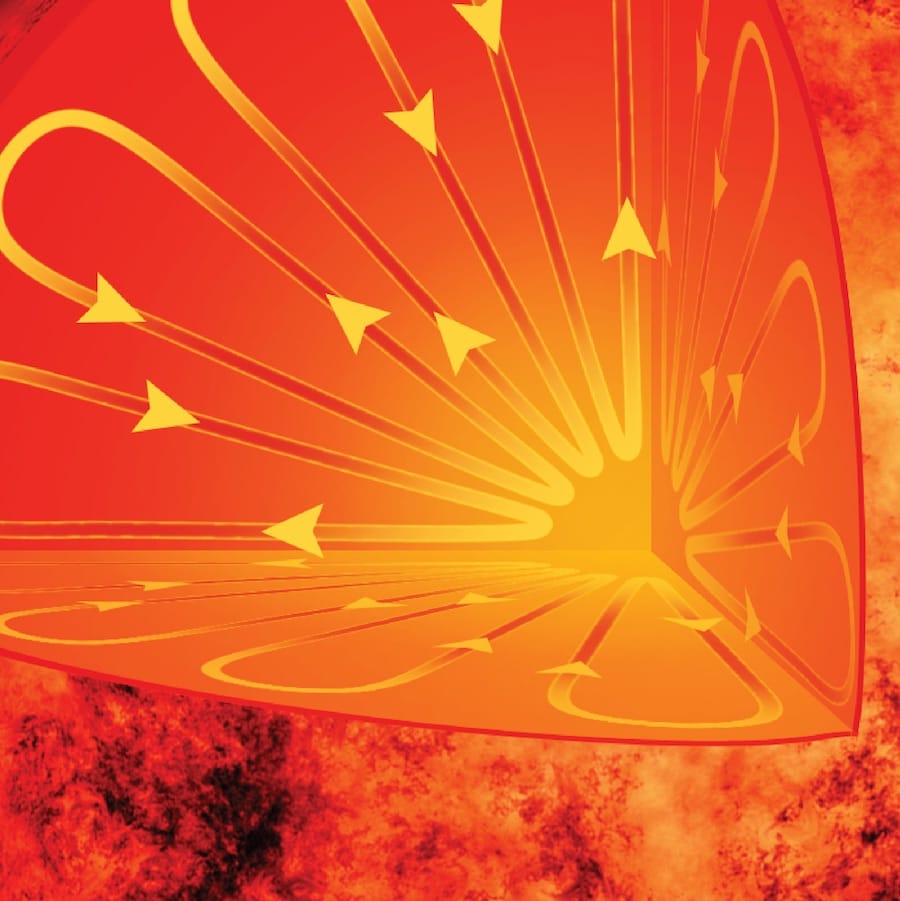 Four distant, old stars have given astronomers new insights into the behaviour of our own sun’s magnetic field.

Researchers using data from NASA’s Chandra X-ray Observatory found that the red dwarf stars, each less than half the mass of the sun, are emitting X-rays (which correlate closely to the strength of magnetic field) at a much lower rate than expected.

The finding upturns the accepted theory of how the magnetic field in the sun is generated.

“We found that these smaller stars have magnetic fields that decrease as they age, exactly as it does in stars like our sun,” said lead author Nicholas Wright of Keele University in the United Kingdom.

“This really goes against what we would have expected.”

Because our sun is so large, convection of the plasma occurs only in the outer third. The hot gas closer to the core remains relatively still.

By contrast, the smaller old dwarf stars see convection currents from their cores, right to the surface.

Astronomers had thought that it was the interaction between the moving plasma and the still core in the sun that generated a magnetic field, that weakens as it ages and its rotation slows – as it does with all stars this size.

The different internal structure of low mass stars suggested to scientists that their magnetic fields would behave differently and reduce more slowly if at all.

That this assumption was wrong has forced a rethink of the whole processes taking place inside the sun.

“In some ways you can think of the inside of a star as an incredibly complicated dance with many, many dancers,” said co-author Jeremy Drake of the Harvard-Smithsonian Center for Astrophysics in Cambridge, Massachusetts.

“Some dancers move with each other while others move independently. This motion generates magnetic field, but how it works in detail is extremely challenging to determine.”

The sun’s magnetic field is responsible for producing sunspots, its 11-year cycle, and powerful eruptions of particles from the solar surface that can affect astronauts, electrical systems on Earth and knock out communications satellites.

“We have known for decades that the magnetic field on the sun and other stars plays a huge role in how they behave, but many details remain mysterious,” says Wright.

“Our result is one step in the quest to fully understand the Sun and other stars.”

A paper describing the work has been published in the journal Nature.