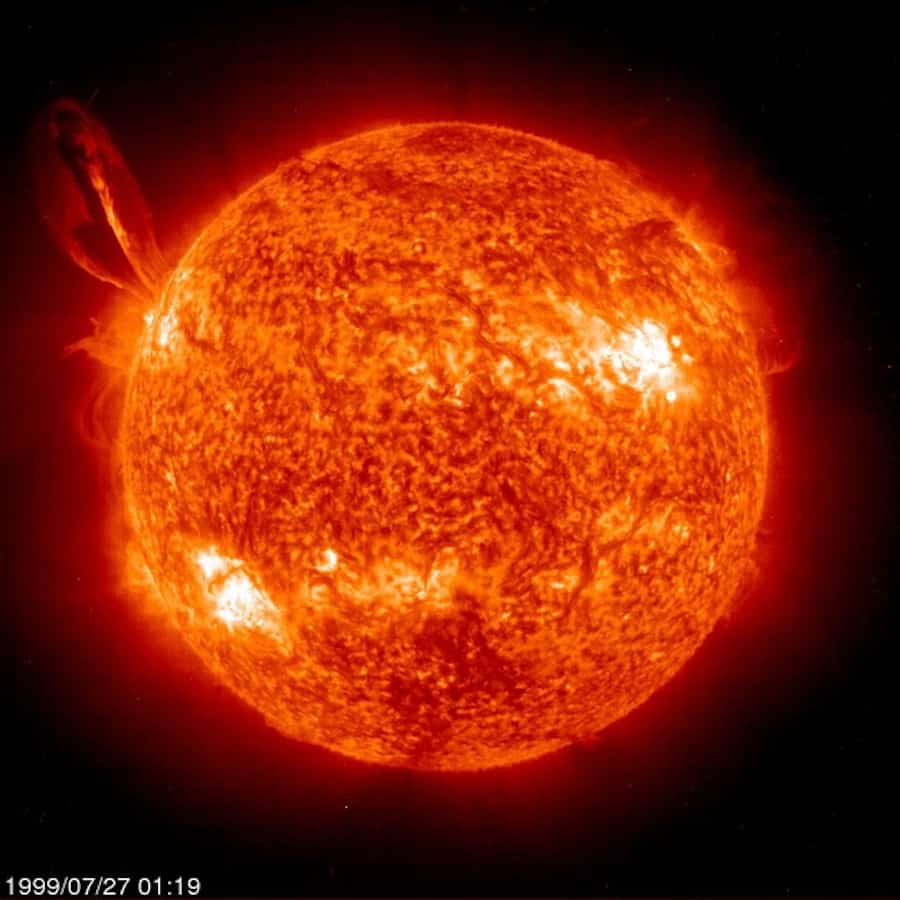 The Solar and Heliospheric Observatory, known as SOHO, has captured an image of as giant loop of hot gas bursting from the surface of the sun.

The plume of ionised helium at a temperature of about 70,000 °C extends about 35 times the diameter of Earth out into space.

The sun is predominantly made of plasma – an electrically charged gas in which the ions react to magnetic fields.

When the magnetic field loops out from the surface, huge streams of plasma are guided along the field.

These “prominences” occur a few times a year and can last months.

When they collapse the gas usually returns to the sun along the magnetic field lines. But they can also fling plasma out from the sun in a phenomenon known as a coronal mass ejection.

If this plasma hits Earth it causes the aurorae over the poles.

When particularly large, they can disrupt satellites, power grids and communications.

The image was taken by SOHO’s ultraviolet telescope.