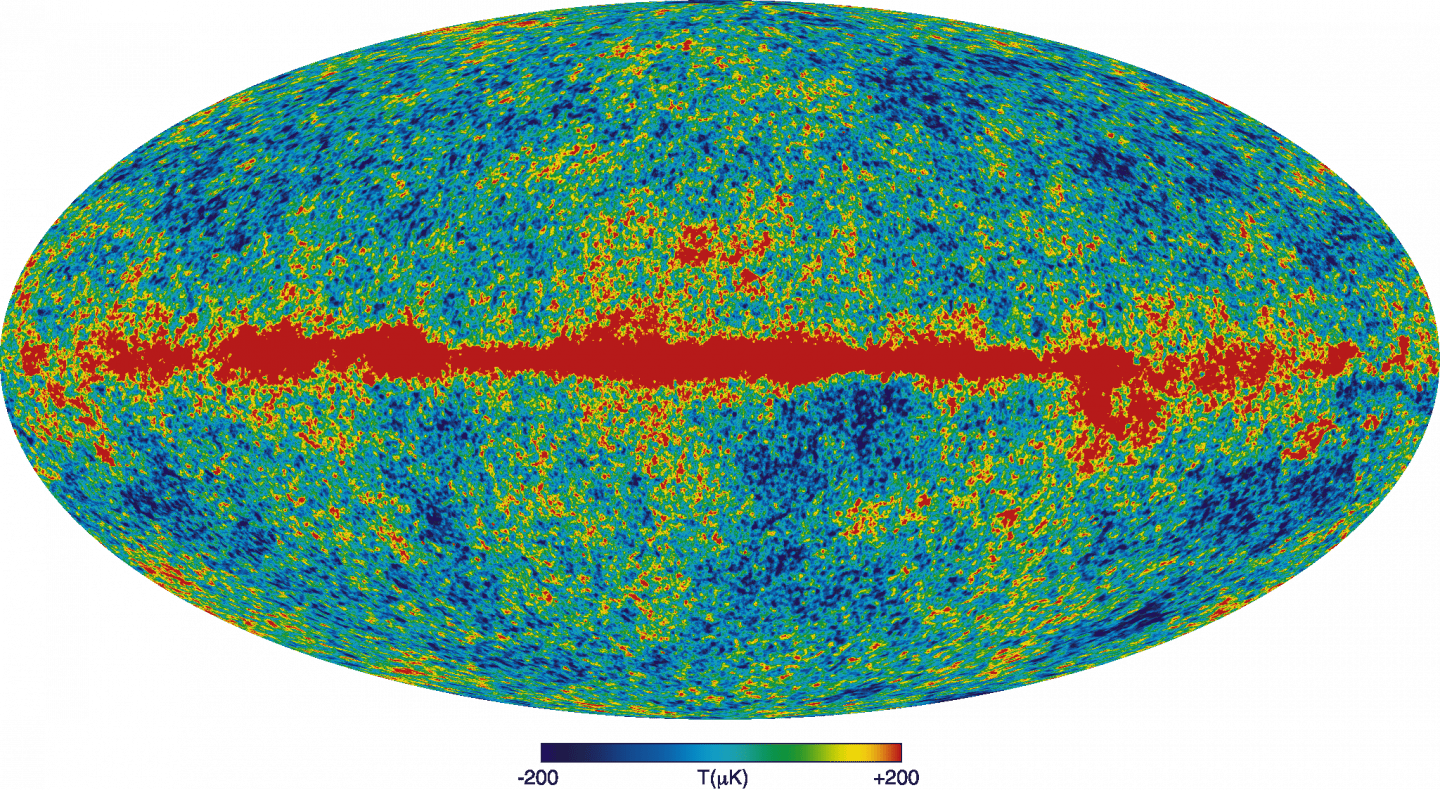 Observations of the very first stars to form might change accepted models of the dawn of the universe.

A team of astronomers led by Alexander Kaurov of the Institute for Advanced Study in New Jersey, US, says these observations may indicate that the majority of the first stellar generation were located in rare and massive dark matter halos.

First, though, a quick cosmology refresher.

Current models tell us that for almost 400,000 years after the Big Bang, the universe was so hot that atoms couldn’t form yet. All that existed was a searing soup of plasma, with photons trapped within it like a fog. But when the universe finally cooled enough for protons and electrons to combine into hydrogen atoms, those photons escaped.

Today, this jailbreak radiation is known as the cosmic microwave background (CMB). It’s like the universe’s baby photo, and by studying it and the tiny fluctuations within it, we can learn about the system’s infancy and how stars and galaxies began to form.

The first generation of stars appear so faint and distant that they’re difficult to detect directly. However, astronomers theorised that these stars emitted ultraviolet radiation that heated up the gas around them, which in turn absorbed some of CMB – at radio wavelengths of 21 centimetres, to be specific.{%recommended 581%}

In March 2018, the Experiment to Detect the Global Epoch of Reionization Signature (EDGES) detected this signal as a small distortion in the CMB, like a fingerprint of the first stars.

But upon analysis, the EDGES team realised that the signal’s shape was much deeper than predicted, with sharper boundaries.

An number of studies have since attempted to explain the unexpected depth, using new physics or astrophysics. Now, Kaurov’s team at the US Institute for Advanced Study has tackled the signal’s sharp boundaries.

In a study published in the Astrophysical Journal Letters, he and co-authors argue that this feature indicates that as the first stars lit up, ultraviolet photons flooded the universe much more quickly than expected. The team’s computer simulations showed that this suddenness would occur naturally if the first stars were concentrated in the most massive and rarest dark matter halos – rather than distributed evenly throughout the universe as previously thought.

These halos, weighing over a billion times more than our Sun, exploded in number in the universe’s infancy and could have easily produced the huge influx of ultraviolet photons necessary to explain the EDGES signal.

If this scenario is correct, then these rare halos might be bright enough to be observed by the James Webb Space Telescope, which will launch in 2021.

Time, thus, in more ways than one, will tell.