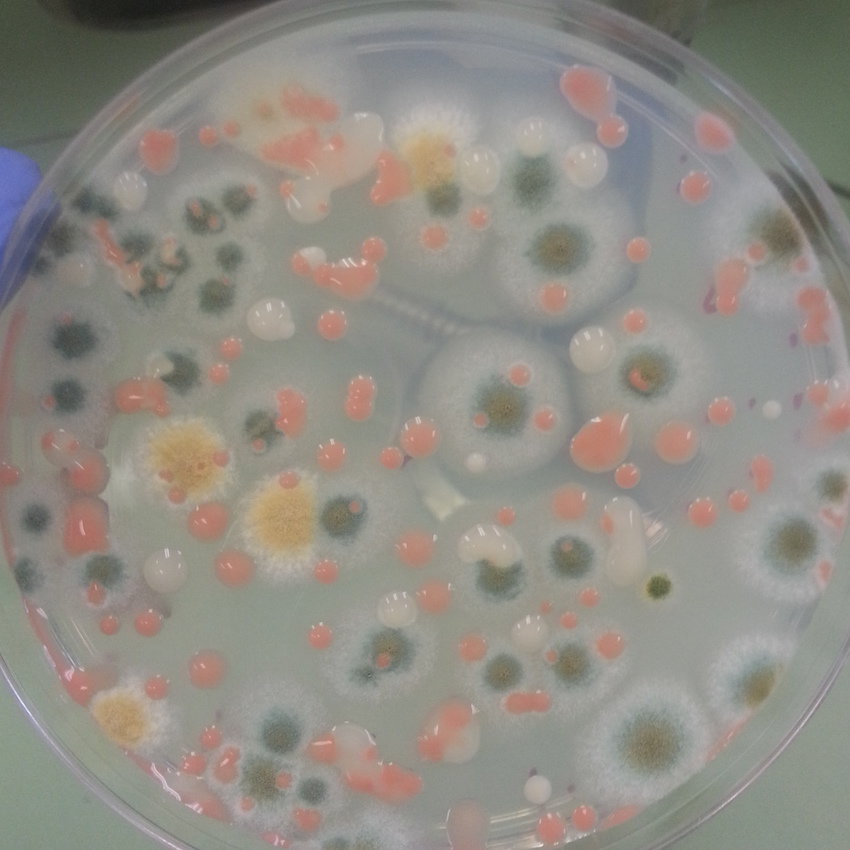 Astronauts are not the only life-forms on the International Space Station – they share with millions of microbial housemates that live and grow on various surfaces and in the air.

NASA’s been tracking populations of the miniature housemates to uncover how their diversity changes over time. Two samples, swabbed from around the space station, have already been sent back to Earth. The third and final sample is due to arrive on 11 May.

The experiment, called Microbial Observatory-1, uses genetic analyses of microbial populations to help evaluate risks to astronauts’ health on long-haul flights, such as the journey to Mars.

A petri dish contains colonies of fungi grown from a sample collected aboard the International Space Station.

One aim of the year-long experiment is to figure out which microbes flourish in microgravity. This is particularly important as some become nastier, and more virulent, in spaceflight.

And on Earth, the same genetic techniques could be used to identify microbes in places such as hospitals, quickly screen their genome and discover targets for drugs and other treatments.