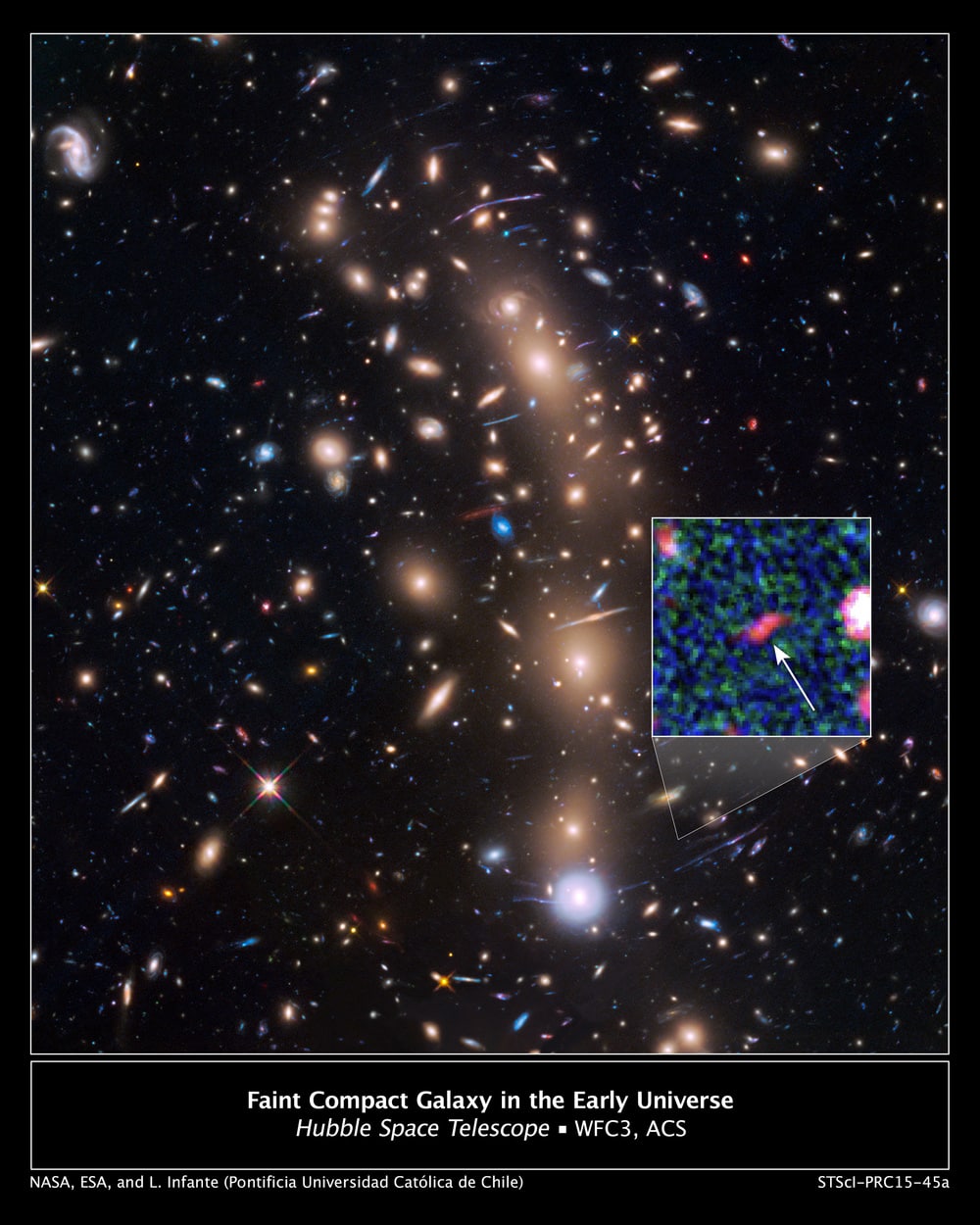 The combined power of NASA’s Hubble and Spitzer space telescopes has been used to image the faintest object ever seen in the early Universe, a galaxy that existed about 400 million years after the Big Bang.

While NASA has detected objects further away, this galaxy is one of the smaller, fainter class of newly-forming galaxies that have seldom been seen.

“Thanks to this detection, the team has been able to study for the first time the properties of extremely faint objects formed not long after the big bang,” said lead author Leopoldo Infante, an astronomer at the Pontifical Catholic University of Chile.

The results are published in The Astrophysical Journal.

The small and faint galaxy was only seen thanks to gravitational lensing, with a massive cluster of galaxies, MACS0416.1-2403 acting as a powerful natural lens by bending and magnifying the light of more distant objects – including MACS J0416.1-2403 – behind it. The cluster¹s gravity boosts the light of the distant protogalaxy to make it look 20 times brighter than normal.

The phenomenon is called gravitational lensing and was proposed by Albert Einstein as part of his General Theory of Relativity.