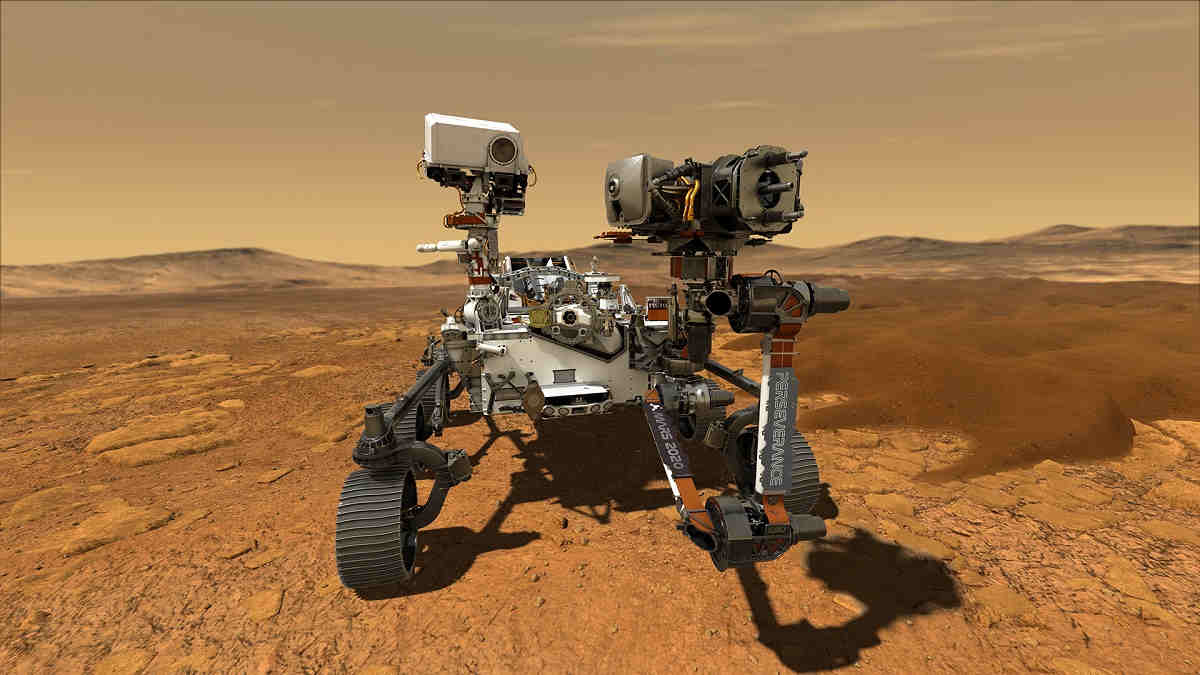 A liveable environment on the red planet is a step closer after an instrument on board NASA’s Perseverance rover  hit its target of creating at least 6 grams of breathable oxygen under different atmospheric conditions– about as much as a single tree would create on Earth. At its peak, the tool produced as much as 10 grams of O2 an hour.

Results from the Massachusetts Institute of Technology (MIT)-run MOXIE experiment are published in Science Advances.

MIT researchers ran seven experimental trials in 2021, showing that the lunchbox-sized MOXIE could produce at least 6 grams of breathable oxygen in a variety of atmospheric conditions, day or night, and during different Martian seasons.

“We have learned a tremendous amount that will inform future systems at a larger scale,” says Michael Hecht, principal investigator of the MOXIE mission at MIT’s Haystack Observatory.

MOXIE is the first example of “in-situ resource utilisation” – the use of the planet’s resources to produce supplies for missions rather than transporting them from Earth.

The scientists hope to produce scaled-up versions of MOXIE to be sent to Mars ahead of humans to continuously produce oxygen at the rate of hundreds of trees.

Not only would such a system provide air for humans on Mars, but it could also be used to produce rocket fuel for their return to Earth.

“This is the first demonstration of actually using resources on the surface of another planetary body, and transforming them chemically into something that would be useful for a human mission,” says MOXIE deputy principal investigator Jeffrey Hoffman, a professor at MIT. “It’s historic in that sense.”

MOXIE is small and designed to run in only short bursts.

Read more: NASA’s Perseverance probe finds rocks which might hold the key to understanding the history of Mars

Mars’s atmosphere is 95% carbon dioxide making it toxic for humans.

Moxie draws in Martian air, filtering out contaminants. After the air is pressurised and heated to 800°C, it is passed through an electrolyser which uses catalysts like nickel to split the CO2 in the air into oxygen ions (charged oxygen atoms) and carbon monoxide (CO).

“The nice thing about MOXIE is that, from the oxygen side of it, all you need is the atmosphere,” Hoffman says. “So it doesn’t matter where you are, you can go anywhere you want, and you’ve got atmosphere.”

But a full-scale MOXIE would need to produce 2-3 kilograms of breathable oxygen per hour. And every six months, the amount of CO2 that can be converted is reduced as it freezes in the polar ice caps on the planet.

“The atmosphere of Mars is far more variable than Earth,” Hoffman notes. “The density of the air can vary by a factor of two through the year, and the temperature can vary by 100 degrees. One objective is to show we can run in all seasons.”

So far, MOXIE has shown that it can make oxygen at almost any time of the Martian day and year.

“The only thing we have not demonstrated is running at dawn or dusk, when the temperature is changing substantially,” says Hecht. “We do have an ace up our sleeve that will let us do that, and once we test that in the lab, we can reach that last milestone to show we can really run any time.”

“The next run coming up will be during the highest density of the year, and we just want to make as much oxygen as we can,” Hecht adds. “So we’ll set everything as high as we dare, and let it run as long as we can.”

One unknown factor is the effect that such oxygen production will have on the Martian environment.

“It’s something to think about because CO2 is a major component of Mars’s atmosphere, and plays a really major role in its seasonal cycle,” University of Colorado Boulder physicist not involved in the research Margaret Landis tells Popular Science. “There’s still a lot to learn about the exact implications of what’s going to happen if you start changing this equilibrium between surface and atmospheric CO2.”

Since MOXIE is one of many instruments on board the plucky Martian rover, it cannot run continuously. But the team is assessing it for signs of wear and tear that might build up as it turns on and off repeatedly.

“To support a human mission to Mars, we have to bring a lot of stuff from Earth, like computers, spacesuits, and habitats,” Hoffman says. “But dumb old oxygen? If you can make it there, go for it — you’re way ahead of the game.”

“It sometimes does feel like you’re living in a science fiction future,” Landis says. “This is a testament to how much we’ve been able to do on Mars.”