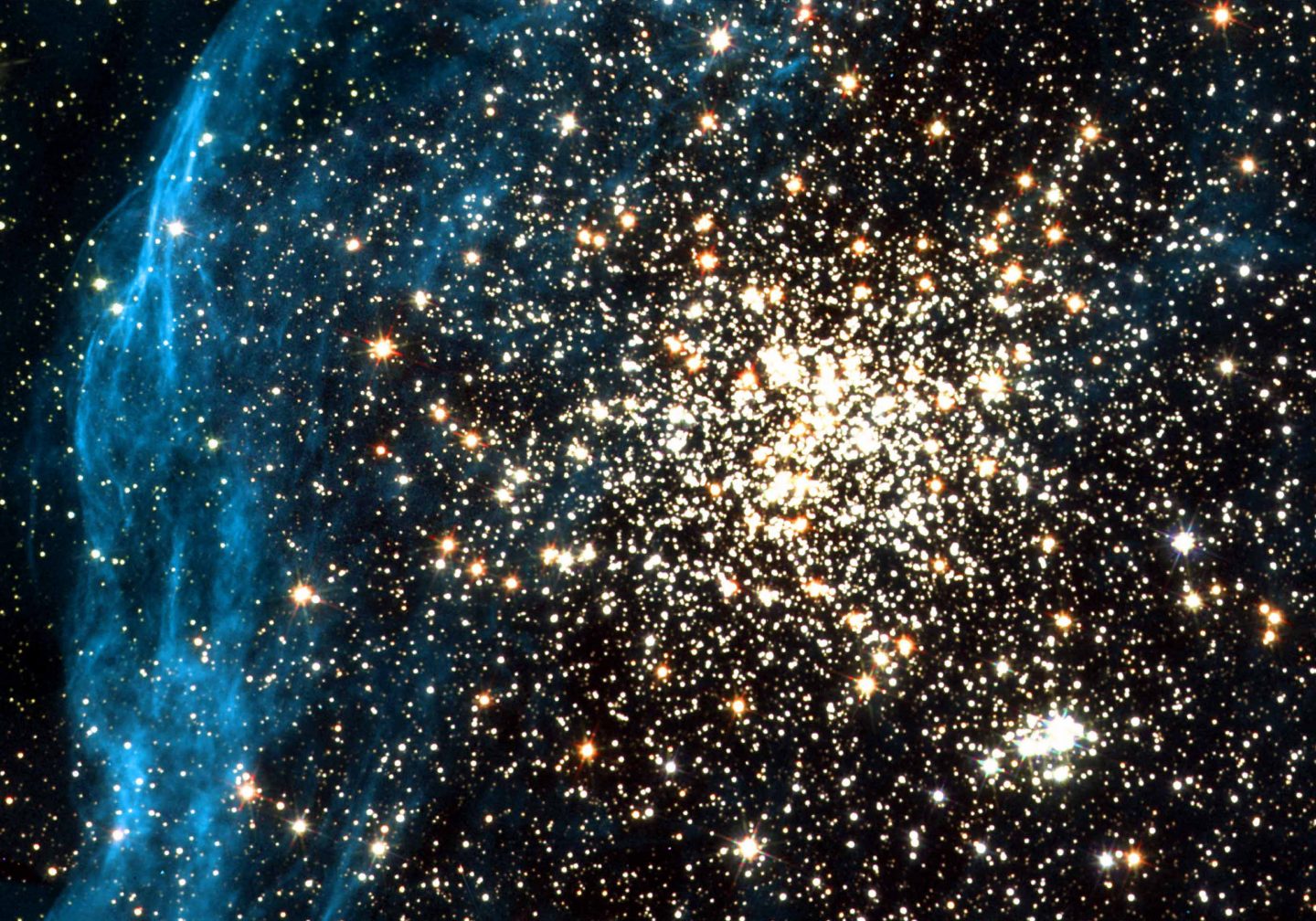 recorded by the Hubble Telescope in 2001. Normal rules of entropy and time apply.

The dominant explanation of the formation of star and galaxy clusters is flawed and misrepresents the nature of time, a team of Brazilian researchers claim, in a new study that uses simulations to explain a long-standing paradox in a process called ‘violent relaxation’.

Clusters of stars and galaxies are tight groups of celestial bodies shackled together by gravity. Star clusters contain up to one million stars with a common origin and are up to 30 light-years across, while collections of galaxies are among the largest structures in the Universe, composed of up to 1000 galaxies with a mass of a quadrillion Suns.

In the study, published in The Astrophysical Journal, the researchers report the results of complex computer simulations of the puzzling gravitational dance of these massive objects.

Such groups form in a maelstrom followed by a calming-down process called violent relaxation, when the celestial bodies settle into their new arrangements and reach a state of equilibrium.

Violent relaxation has always been understood through the lens of the Vlasov equation, which was developed by Russian theoretical physicist Anatoly Vlasov in 1938 to describe the changing distribution of particles in plasma. It was applied to this phenomenon to approximate how thousands of stars and galaxies interact and rearrange their positions over time.

The new study, however, questions whether this understanding is valid.

“The problem is that Vlasov’s equation assumes constant entropy in the system,” explains Laerte Sodré Júnior, an author in the study and professor at the University of São Paulo’s Institute of Astronomy, Geophysics & Atmospheric Sciences (IAG-USP).

Entropy is a measure of disorder. According to the second law of thermodynamics, the universe can only become more disordered and random over time – in other words, the total entropy must increase.

But Vlasov’s equation assumes that entropy stays the same. This suggests that time is ‘reversible’, which clearly cannot be the case – a puff of smoke does not turn back into unburnt wood, and a star cluster does not spontaneously fly apart. The tension between Vlasov’s equation and the one-way nature of violent relaxation is referred to as “the fundamental paradox of stellar dynamics”.

“It was clear to us that something was wrong, and our suspicion was confirmed by the study,” Sodré says. “The Vlasov equation simply doesn’t apply to this case.”

The team relied on powerful computational resources to investigate the gravitational interactions between celestial bodies. For a two-body system this is a cinch, but in a system containing millions of bodies each interacting with every other body, the team needed to conduct complex numerical simulations, each of which took several days of computer time.

The simulations showed that the overall entropy does increase. But the team also found that at the beginning of the relaxation period, the entropy of the system actually fluctuates, sometimes increasing and sometimes decreasing.

“No other types of system display entropy oscillations that I know of, bar one: chemical reactions in which the compound produced serves as a catalyst for the inverse reaction,” Sodré said. “As a result, the reaction switches to and fro, and entropy in the system oscillates.”