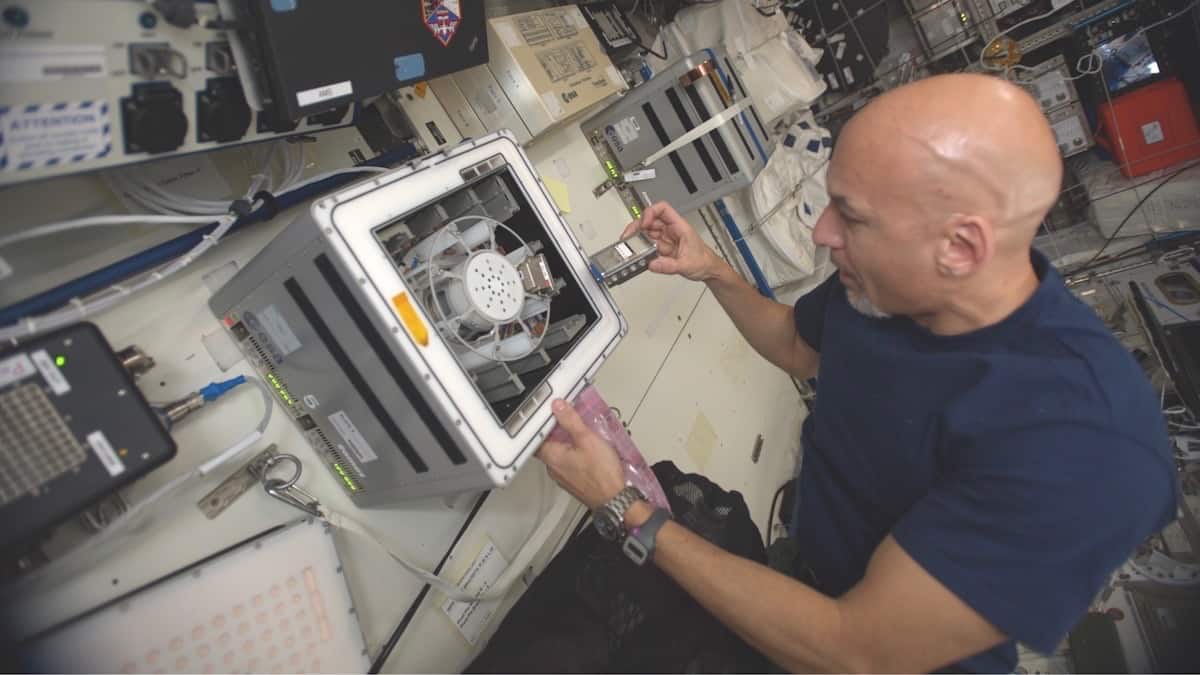 The first mining experiments in space have revealed that microbes can efficiently extract elements from rocks in zero gravity.

The tests, performed by astronauts on the International Space Station (ISS), open up possibilities for the human exploration and settlement of the Solar System.

“On Earth, microorganisms play prominent roles in natural processes such as the weathering of rocks into soils and the cycling of elements in the biosphere,” the researchers explain in a paper in the journal Nature Communications.

“Microorganisms are also used in diverse industrial and manufacturing processes, for example in the process called biomining.”

Biomining bacteria can catalyse the extraction of valuable elements like copper and gold from rocks. Here on Earth, they are routinely used to mine rare earth elements (REEs) such as lanthanides, scandium and yttrium.

The useful physical properties of REEs, like ferromagnetism and luminescence, make them critical components of phones and computer screens, as well as useful in catalysis, metal alloy and magnet production.

But not only are REEs expensive to mine, they are also rapidly running out. If humans want to explore further into the solar system and build settlements on other moons and planets, we need to figure out a way to mine these elements in situ.

This new study aimed to investigate whether microbes could extract REEs under differing gravitational conditions.

The researchers, led by Charles Cockell at the University of Edinburgh, UK, spent a decade developing miniaturised biomining reactors that could be sent up to the ISS. These matchbox-sized mining devices were loaded with small pieces of basalt – a common rock on the Moon and Mars – and submerged in different bacterial solutions before being launched in 2019.

The results show that the bacterium Sphingomonas desiccabilis leached REEs from basalt under all three levels of gravity, while the other two species of bacteria tested either showed reduced efficiency at low gravity or an inability to extract REEs at all.

The success of S. desiccabilis could help us source materials essential for surviving in space.

“Our experiments lend support to the scientific and technical feasibility of biologically enhanced elemental mining across the Solar System,” says lead author Charles Cockell, from the University of Edinburgh.

“While it is not economically viable to mine these elements in space and bring them to Earth, space biomining could potentially support a self-sustaining human presence in space.

“For example, our results suggest that the construction of robotic and human-tended mines in the Oceanus Procellarum region of the Moon, which has rocks with enriched concentrations of rare earth elements, could be one fruitful direction of human scientific and economic development beyond Earth.”

The researchers further note that bacteria could also one day be used to break down rock into soil for growing food, or extract minerals to use in life support systems that produce air and water.

This study may also be useful down here on Earth, helping scientists understand how gravity influences the growth and metabolic processes of microbial communities on the surface.

Originally published by Cosmos as Mining with microbes in space