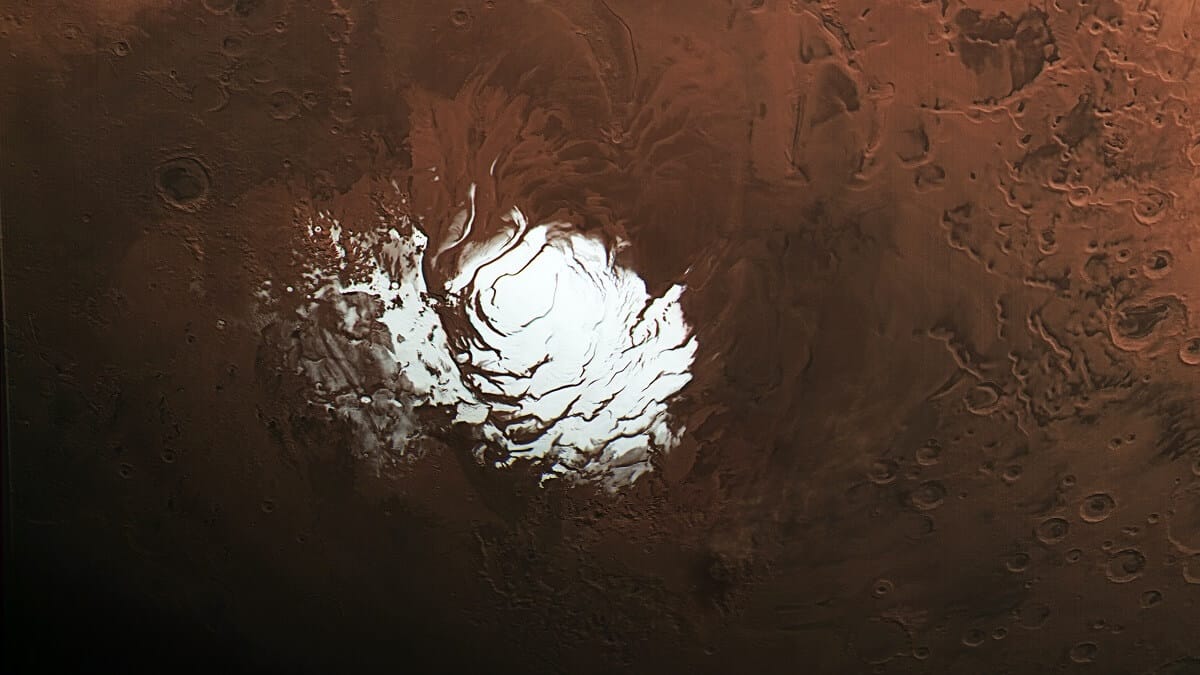 A wave of excitement rippled through the scientific community in 2018 when researchers announced they had found evidence of liquid water on Mars. Where there’s water, there’s also the tantalising possibility of microbial life – at least, if life on Earth is anything to go by.

Sadly, a new study of the red planet led by researchers at the University of Texas casts doubt on the 2018 findings, suggesting a disappointingly mundane alternative conclusion: the shimmering reflections initially taken to be sub-glacial water are nothing but a mirage caused by volcanic rock buried under ice.

The study, published in Geophysical Research Letters, documents similar reflections in volcanic plains found all over the planet’s surface, where conditions are unassailably unsuitable for liquid water.

At the heart of the discrepancy between the two conclusions lies a simple truth: it’s hard to do science on another planet.

The 2018 announcement cited evidence from a radar instrument aboard the European Space Agency (ESA) Mars Express orbiter. Radar signals can penetrate rock and ice, and in this case they showed bright signals beneath the Martian polar ice cap that researchers believed were consistent with liquid water.

The claim was a big one. The possibility of potentially habitable liquid environments for microbes was thrilling. But big claims require sturdy evidence, and other scientists questioned the unlikely conditions needed to keep water in a liquid state at Mars’ cold, arid south pole. While water ice is plentiful, it is generally thought that any water warm enough to be liquid on the surface would last for only a few moments before turning into vapour in the wispy Martian atmosphere.

“For water to be sustained this close to the surface, you need both a very salty environment and a strong, locally generated heat source, but that doesn’t match what we know of this region,” says the study’s lead author, Cyril Grima, a planetary scientist at the University of Texas Institute for Geophysics.

With the terrain beneath the Martian icecap obscured by more than a kilometre of ice, getting to the truth of what really lay beneath was a challenging task.

In a leap of lateral thinking, the team wondered how other Martian terrain features might appear to radar signals if they were similarly ice-bound.

Using an exceptionally detailed radar map of Mars based on three years of data from MARSIS, a radar instrument launched in 2005 aboard the European Space Agency’s Mars Express, the team superimposed an imaginary global ice sheet across the entire planet, looking for features that might produce radar signals consistent with those at the pole if they were similarly buried under a thick blanket of ice.

The bright reflective signals that had held the promise of water were scattered about the entire surface, across all latitudes. In as many as could be confirmed, they matched the locations of known volcanic plains.

On Earth, iron-rich lava flows can leave behind rocks that reflect radar in a similar way, making this a strong candidate explanation. Other possibilities include mineral deposits in dried riverbeds, a conclusion consistent with other recent studies of these shimmering mirages.

Isaac Smith, a Mars geophysicist at York University in Canada, believes the bright radar signatures are a kind of clay made when rock erodes in water. In a 2021 study, Smith found that Earth-based clays produce bright radar reflections akin to those that were taken to be water in 2018.

“I think the beauty of Grima’s finding is that while it knocks down the idea there might be liquid water under the planet’s south pole today, it also gives us really precise places to go look for evidence of ancient lakes and riverbeds and test hypotheses about the wider drying out of Mars’ climate over billions of years,” he says.

For Smith, the study is a sobering lesson on the scientific process that is as relevant to Earth as it is to Mars.

“Science isn’t foolproof on the first try,” says Smith. “That’s especially true in planetary science where we’re looking at places no one’s ever visited and relying on instruments that sense everything remotely.”

Grima and Smith are now collaborating on proposed missions to find water on Mars with radar, both as a resource for future human landing sites and to search for signs of past life.

Originally published by Cosmos as Martian water nothing but a mirage