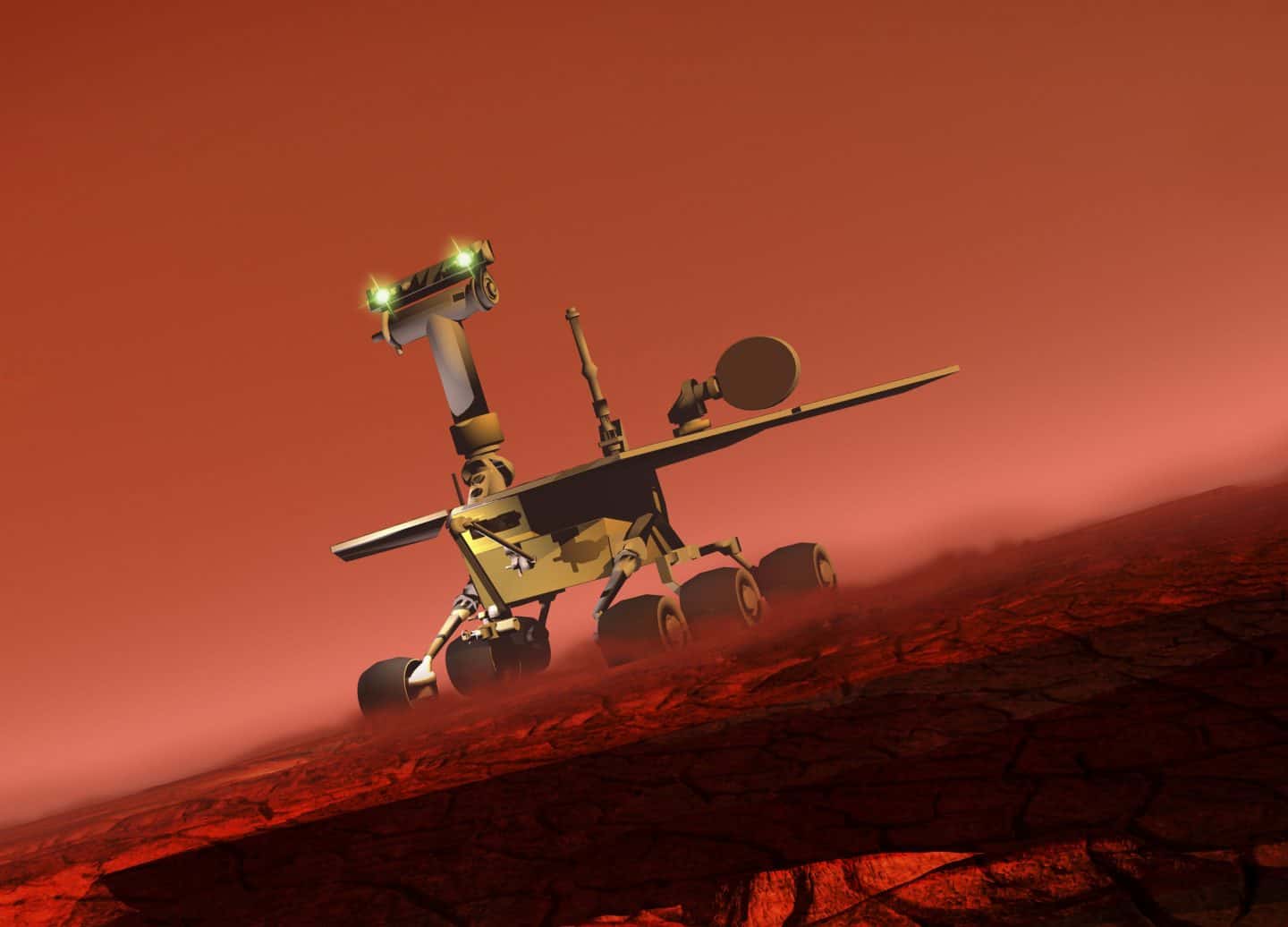 NASA’s Curiosity rover has delivered some of its most intriguing results so far, with the discovery of organic molecules in three billion-year-old rock just beneath the surface of Mars.

The rover has been studying the surface of the planet since 2012, and has previously shown evidence of organic molecules, although in such low concentrations that contamination could not be ruled out.

Now, the rover has drilled about five centimetres into the mudstone crust of an ancient lake bed, detecting organic compounds at around 100 times the concentration of previous analysis.{%recommended 7251%}

Organic molecules, made primarily of carbon and hydrogen, are the basic building blocks of life, but can also come from non-biological sources, such as meteorites. The NASA team detected a number of small organics, such as benzene, propane and thiophene (a ring of carbon atoms containing one sulfur atom).

It’s possible that these molecules could be pieces of larger organic molecules, which fragment under the analysis method used by the rover. This involves heating the crushed rock as high as 860 degrees Celsius, and analysing the vapour by a technique called mass spectrometry.

The pattern of small molecules detected was similar to what is seen when ancient organic matter from earth, known as kerogen, is analysed by the same technique. Kerogen on earth is largely derived from the decay of living matter, although it has also been detected in meteorites and interstellar dust clouds, presumably from non-biological sources.

Whatever the source of the organic molecules on Mars, the results show that organic compounds can be preserved near the surface for billions of years. This bodes well for the future search for life on the planet, as it’s likely that any remnants of ancient microbes will have left traces that are still intact.

According to Jennifer Eigenbrode, the NASA biogeochemist who led the study published in the journal Science, “We’re in a really good position to move forward looking for signs of life.”

In a second paper in Science, NASA scientists also report that Curiosity has detected seasonal variation in the atmospheric levels of methane. This gas is another hallmark of life, but can also be produced by geological processes.

Chris Webster, who leads this work, says, “This is the first time we’ve seen something repeatable in the methane story, so it offers us a handle in understanding it.”

These new discoveries have been made possible by the longevity of the Curiosity rover, which continues to deliver data, almost four years after it’s expected demise.

Unravelling the source of methane and other organic molecules on Mars will offer key insights into its ancient geochemistry, and potentially biochemistry.