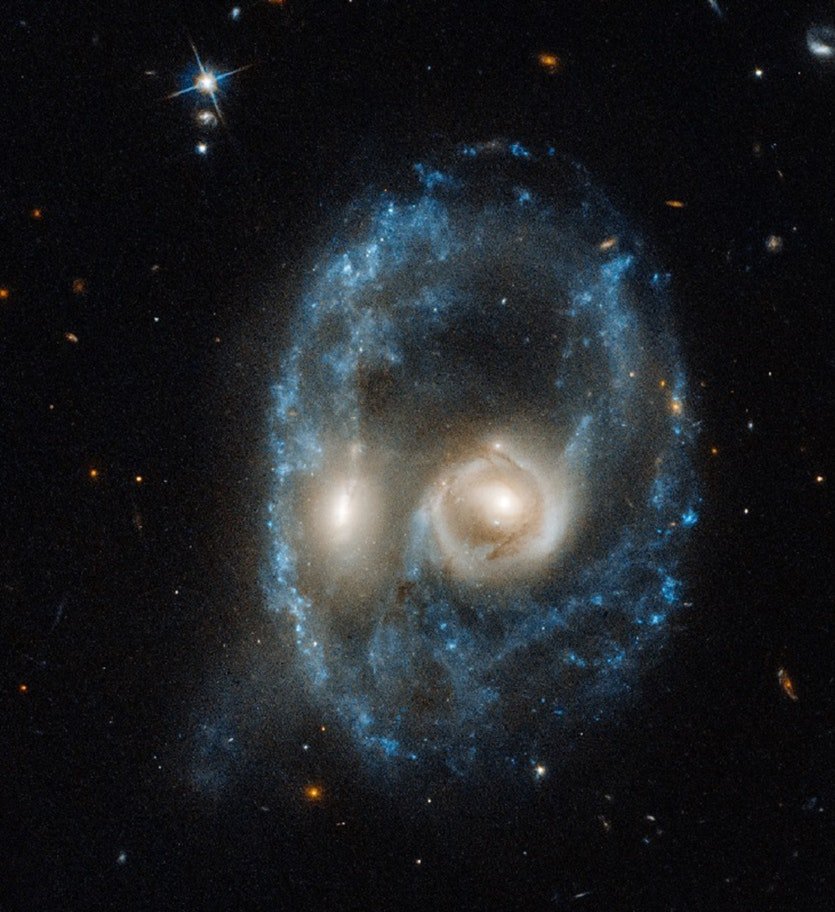 Astronomers see many things when they stare into deep space with the Hubble telescope, but this is not – despite appearances – an otherworldly creature with a piercing gaze.

The entire system, captured by the Hubble Telescope, is catalogued as Arp-Madore 2026-424 and it resides 704 million light-years from Earth.

Arp-Madore 1 is a globular cluster visible in the constellation Horologium, located 123.3 kiloparsecs (402,000 light-years) away from Earth. It is one of the most distant known globular clusters of the Milky Way galaxy’s halo; its distance gives it interest as a test case for gravitational theories. It is named after Halton Arp and Barry F. Madore, who identified it as a distant globular cluster in 1979, using the UK Schmidt Telescope, after previous researchers at the European Southern Observatory had observed its existence but not its classification. – from Wikipedia

Originally published by Cosmos as Hubble telescope: Look into my eyes