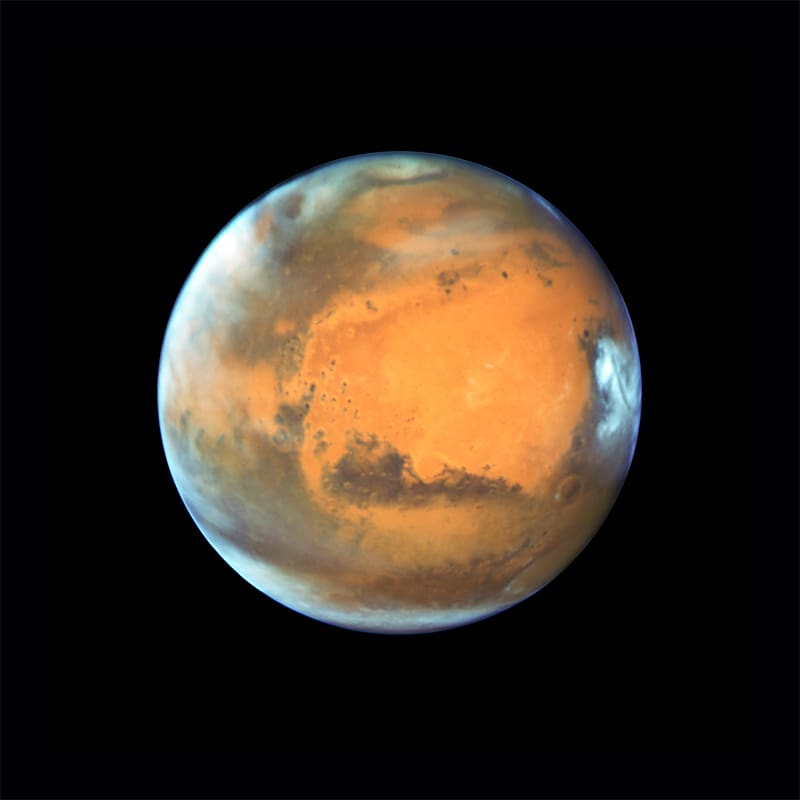 At one stage in its history rain storms on Mars were so heavy – and the raindrops so large – that they changed the planet’s surface, carving valleys and altering the shape of meteorite impact craters, new research shows.

A paper by geologists Robert Craddock and Ralph Lorenz, published in the journal Icarus, suggests that over billions of years Mars’s atmospheric pressure fell, powering up the nature of its rainfall.

Soon after its formation around 4.5 billion years ago, atmospheric pressure on the red planet was around four bars. To compare, Earth’s is one. {%recommended 5127%}

At that pressure, Craddock and Lorenz say, rain would have looked more like mist. Raindrops could not have grown to more than three millimetres in diameter, and would not have penetrated the ground when they hit it.

Over deep time, however, the atmospheric pressure decreased to around 1.5 bars. This, combined with lower gravity than that of Earth, meant that raindrops as large as 7.3 millimetres across could form – substantially bigger than the 6.5 millimetre whoppers sometimes recorded on our own planet.

The geologists calculate that the intensity of big falls would have been only about 70% of those found on Earth, but would still have been easily strong enough to put a dent or two in the ground.

Indeed, they suggest that the falls would have overwhelmed the soil’s ability to absorb moisture, thus creating run-off currents that eventually formed valley networks and reshaped impact craters.

“We have shown that Mars would have seen some pretty big raindrops that would have been able to make more drastic changes to the surface,” comments Lorenz, from Johns Hopkins University in the US.

Craddock, who works at the Smithsonian Institute, adds that their paper represents the first time scientists have used physics to gain insight into the Martian climate.

“There will always be some unknowns, of course, such as how high a storm cloud may have risen into the Martian atmosphere, but we made efforts to apply the range of published variables for rainfall on Earth,” he adds.

“It’s unlikely that rainfall on early Mars would have been dramatically different than what’s described in our paper.”