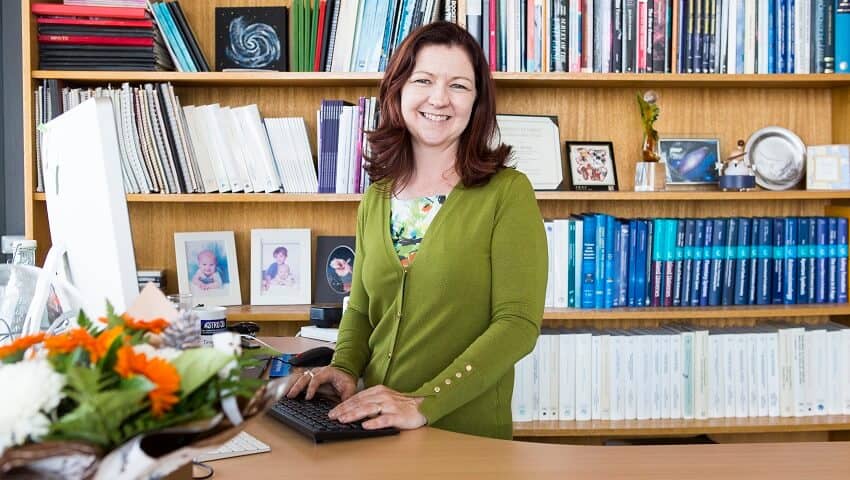 Without affirmative action, it could take another 60 years or more before women make up a third of Australia’s astronomers, according to award-winning astronomer Professor Lisa Kewley.

“Women in physics and astronomy report that their careers progress more slowly and that they received fewer career resources and opportunities than men,” she writes in the journal Nature Astronomy.

Despite earning up to 40% of PhDs in astronomy, less than a fifth of women hold senior positions in space research. They are also three to four times more likely to leave astronomy – a gender gap that has persisted for decades, says Kewley, from the Australian National University’s Research School for Astronomy and Astrophysics.

The situation improved in Australia somewhat after the Astronomical Society’s Pleiades Awards, based on the UK ATHENA Swan program, were introduced in 2014 for initiatives to advance women’s careers and reduce the gender gap.

“Astronomers have been leaders in gender equity initiatives,” says Kewley, who is also director of the ARC Centre for Excellence for All-Sky Astrophysics in 3 Dimensions (ASTRO 3D), “but our programs are not working fast enough.”

To forecast their future impact, she created workforce models based on various hiring and retention policies. Results showed that maintaining the status quo will perpetuate the current gender gap.

But pursuing gender equality in hiring and retention could boost the number of women in astronomy to 33% in 20 years, while affirmative action could see half of positions held by women at all levels in just 25 years.

While such initiatives have shown promise, there’s more to be done, according to Anshu Gupta, an ASTRO 3D Fellow at Curtin University in Western Australia. “I think the barriers to women in the field are lower than they used to be,” she says, “but there are still some serious reforms needed to retain and promote talented junior female academics into senior positions.”