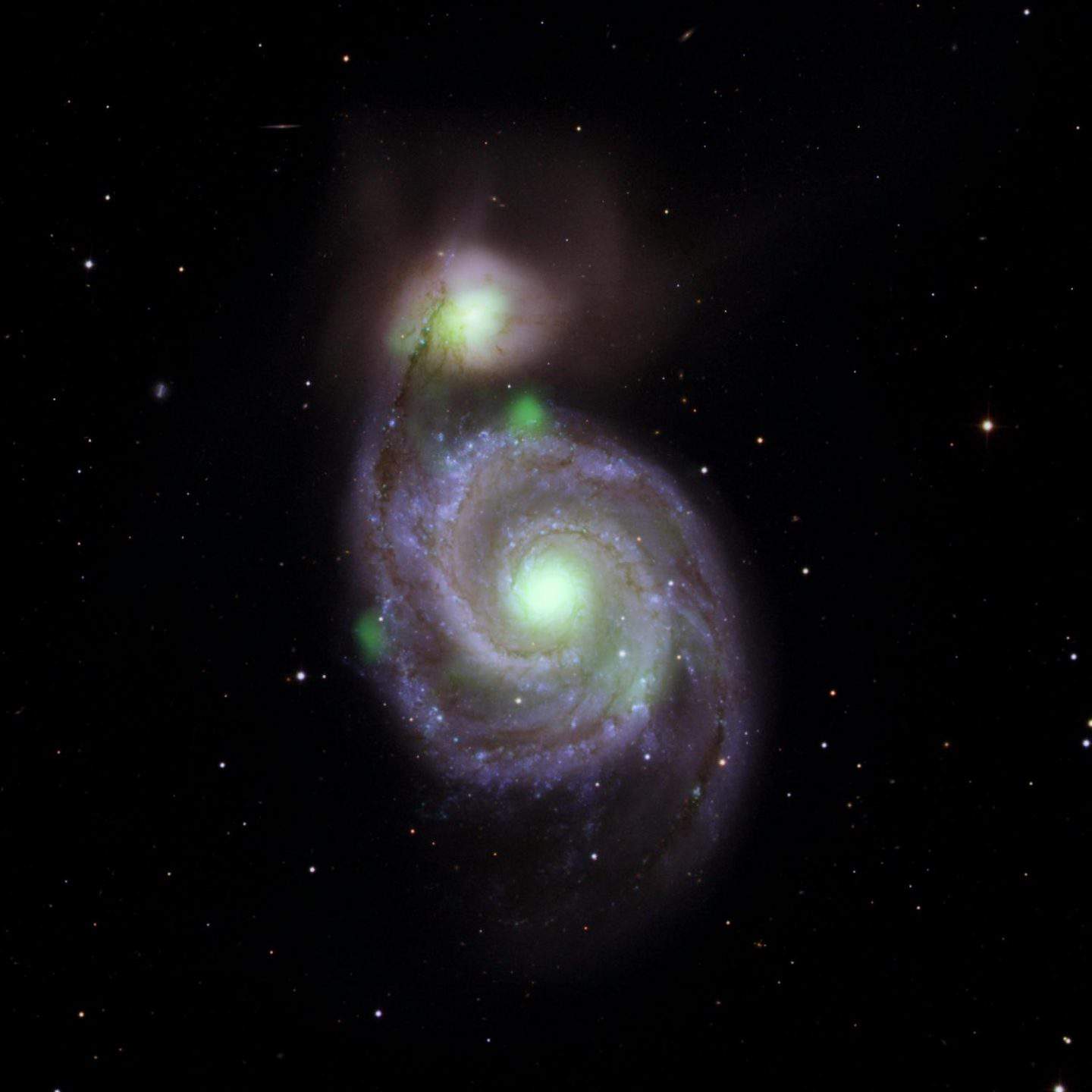 Images gathered by NASA’s Nuclear Spectroscopic Telescope Array (NuSTAR) reveal a titanic collision in process. The image shows the Whirlpool galaxy, 23.16 million light years from Earth, gradually merging with its smaller companion, known as M51b, seen here at the top of the image.

The green elements in the picture are X-ray emissions, and their resolution brought a surprise for astronomers. The small green dot smudge between the Whirlpool and M51b is a neutron star, pumping out an X-ray radiance almost as powerful as that of the dense clouds of gas and dust surrounding the supermassive black holes at the centre of the two galaxies.

Neutron stars are incredibly dense and very small entities left behind after the explosive death of a massive star. The one in the picture likely is the same diameter as New York, yet in terms of x-ray output matches that of the Whirlpool’s black hole, which has a mass millions of times greater than the sun.