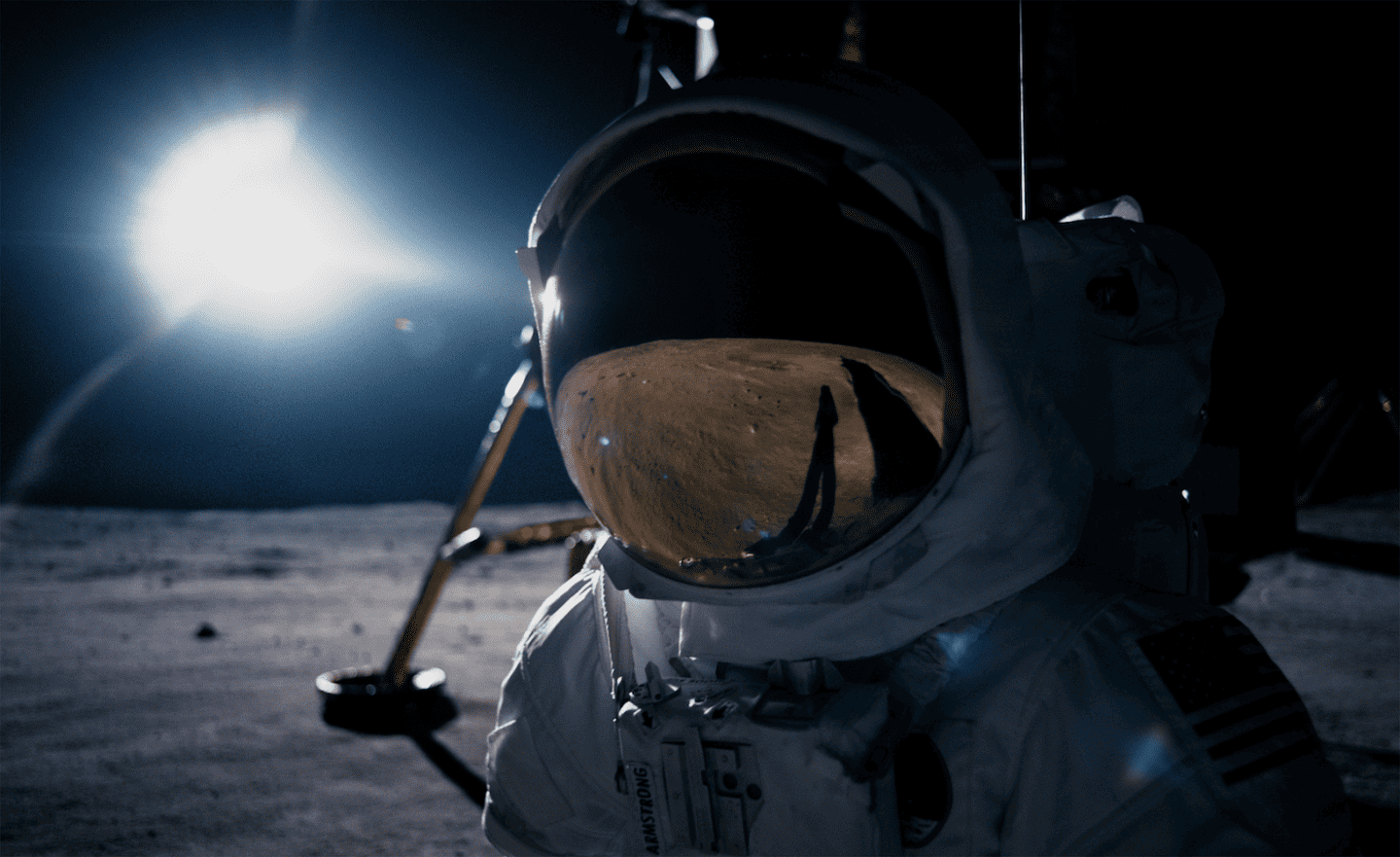 The Apollo 11 lunar landing was the first time humans stepped on another celestial body, and the events leading up to that historic moment – which celebrates its 50th anniversary next year – are depicted in the new movie First Man, out in cinemas today.

Director Damien Chazelle has delivered an intense film about astronaut Neil Armstrong, who made those iconic first steps.

But this is no triumphant paean to the Cold War Space Race, and you’ll find no trite comparisons of Apollo technology to the computing power of today’s smart phones here.

Drawn from the official biography by James R Hansen, Armstrong is portrayed with muscular introversion by Ryan Gosling, grappling with Armstrong’s renowned discomfort with the public demands of the space program, his role of husband and father, the intellectual and physical challenges of the quest for the moon, and a series of deeply personal tragedies.

In other words, the First Man on the Moon is shown to be a fallible and complex human being.

The man and the Moon

In a quiet opening scene, Armstrong sings a lullaby, I See the Moon, to his infant daughter, echoing the transcendental fascination with the Moon held by generations of sleepless parents and children over the course of our evolution.

Armstrong is haunted by the Moon and death throughout the film. His lunar quest is tied indelibly to his relationship with his daughter.

Shot often from Armstrong’s perspective, this film is an exploration of apparent emptiness – of space, the Moon, and a man in grief, accustomed to loss and most comfortable when cut off from those closest to him.

The Moon landing is the backdrop, the ultimate distraction from his world of pain, and Gosling plays it beautifully.

We’ve been there before, in film

For almost as long as there have been moving pictures, we have had movies imagining space flight. In 1902 Georges Méliès directed and starred in what is considered the first science fiction film, the influential A Trip to the Moon (Le Voyage Dans La Lune).

Space films developed a few recurring themes since then. There’s the heroic manly astronaut addicted to risking life and limb. With the notable exception of Hidden Figures, women tend to be shown marooned at home, anguished and accommodating of their physically and emotionally distant husbands. Then there’s the passionate flight director, swearing to all who will listen that he’ll get the astronauts home safe.

It’s a real triumph that First Man (mostly) avoids these cliches and genuinely gives us something new, and somehow more real.

There are a respectful number of references to other movies such as The Right Stuff, Apollo 13, and 2001 A Space Odyssey that embed First Man within the well-established tradition of cinematic space flight.

These references highlight this film’s differences, drawn from the well-grounded depictions of Armstrong and his wife Janet, played by Claire Foy. The sequences between husband and wife are emotionally charged, rather than sentimentalised. The scenes where she listens to the radio feed from the landing are riveting. It is hard to imagine more Oscar-worthy contenders.

The film does not sanitise the space program. Embracing the politics of the day, Chazelle recreates the protests around the Apollo missions.

Many people are shown questioning its value. Journalists demand to know how much it is worth, in lives lost and in dollars.

But First Man refocuses the emphasis of the Apollo 11 mission from US nationalism to Armstrong’s personal journey, and this doesn’t sit well with the current far right in Trump’s America.

Republican Senator Marco Rubio is angry that the planting of the US flag – an action symbolising the colonisation of territory – is not shown (although the flag appears more than once).

This is total lunacy. And a disservice at a time when our people need reminders of what we can achieve when we work together. The American people paid for that mission,on rockets built by Americans,with American technology & carrying American astronauts. It wasn’t a UN mission. https://t.co/eGwBq7hj8C

Some are calling for a boycott over the flag issue.
Armstrong’s colleague on the Apollo 11 mission, astronaut Buzz Aldrin, has also implied his dissatisfaction with the film in a tweet.

Chazelle, the Oscar-winning director of La La Land, said the omission was not political; instead he chose to focus on the “unfamous stuff” as well as Armstrong’s experience and character.

The flag was controversial even at the peak of the Cold War. The United Nations Outer Space Treaty, ratified by the US just two years before, forbids territorial claims in space. How could an American mission claim to represent humanity if it included a symbolic act of American colonialism?

Fortunately, the response of the international community was to celebrate the collective human achievement rather than the national one.

There were numerous international contributions made to the Apollo missions. Australia provided tracking stations – famously, Armstrong’s first footfalls on the Moon were transmitted through the Honeysuckle Creek station, outside Canberra.

Australian space scientist Professor Brian O’Brien, then at Rice University in Texas, designed a dust-detecting experiment that was left on the surface of the Moon.

When the Moon is not enough

There is an element of anti-climax about the film’s conclusion. As with Apollo 13, we know how it’s going to end.

But First Man does so on a carefully crafted note, a plausible hypothesis suggested by biographer Hansen that may have been designed to further humanise the inscrutable astronaut. The scene implies that the emotional distances he has to travel on Earth are greater than those which he crossed to the Moon.

Where we go from here is the question. Do we show the moral courage to take on the difficult tasks and solve the earthbound crises facing us today, or do we channel our energies and enterprise into becoming a multi-planet species?

Now that we have “conquered” the Moon, perhaps the only mission worthy of Armstrong’s legacy is to be humble, thoughtful and inspired about our place in the universe, while we still have one.

Originally published by Cosmos as First Man: a new vision of the Apollo 11 mission to set foot on the Moon