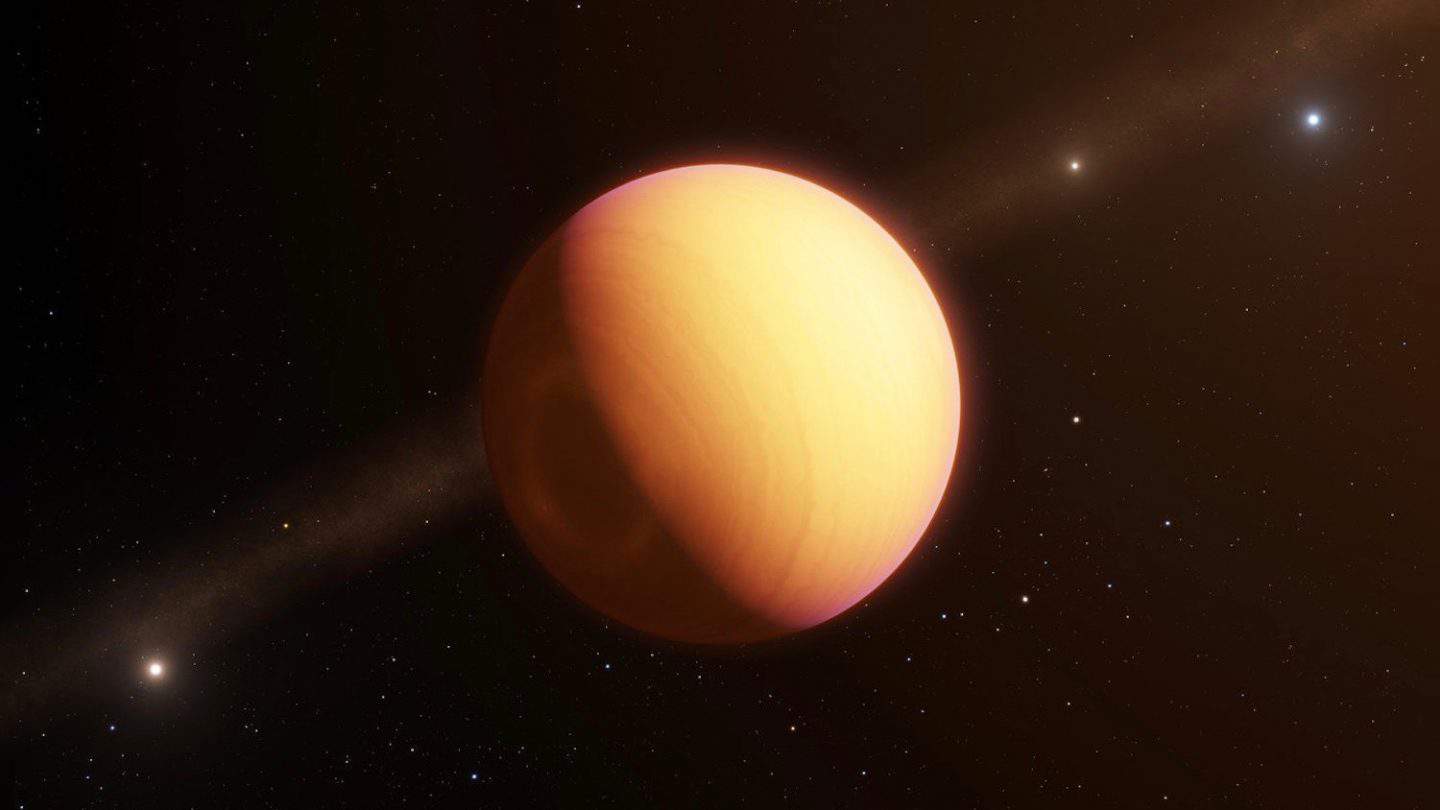 A new approach to imaging an exoplanet has delivered results of unprecedented clarity, including at least one major surprise.

Optical interferometry is an important advance in exoplanet study because it allows astronomers to screen out the bright light and loud noise of a host star and, for the first time, directly measure the spectra of a target planet.

Researchers led by Silvia Scheithauer from the Max Planck Institute of Astronomy in Germany directed their attention to HR 8799e, a planet with a mass between five and 10 times that of Jupiter, orbiting close to its star.{%recommended 2013%}

They were able to determine the planet’s distance from its host 10 times more accurately than previous estimates. They also confirmed that its orbit, which takes about 40 Earth-years to complete, is slightly out of alignment with those of the other three planets in the system.

The planet has a temperature, Scheithauer and colleagues estimated, of about 880 degrees Celsius, very much in line with expected measurements for a gas giant thought to be only about 30 million years old.

Looking more closely at their readings, however, the scientists came across a very unexpected finding.

In a paper published in the journal Astronomy & Astrophysics, the researchers say the result illustrates starkly how much still needs to be learned about factors governing planet formation.

Continued observations using optical interferometry, they state, will allow them to accurately calculate not just the gravitational interaction between HR 8799e and its host, but also between it and the other three planets.

Applied to other exoplanets, they suggest, the approach could be used to detect gas signatures that could indicate the presence of life.