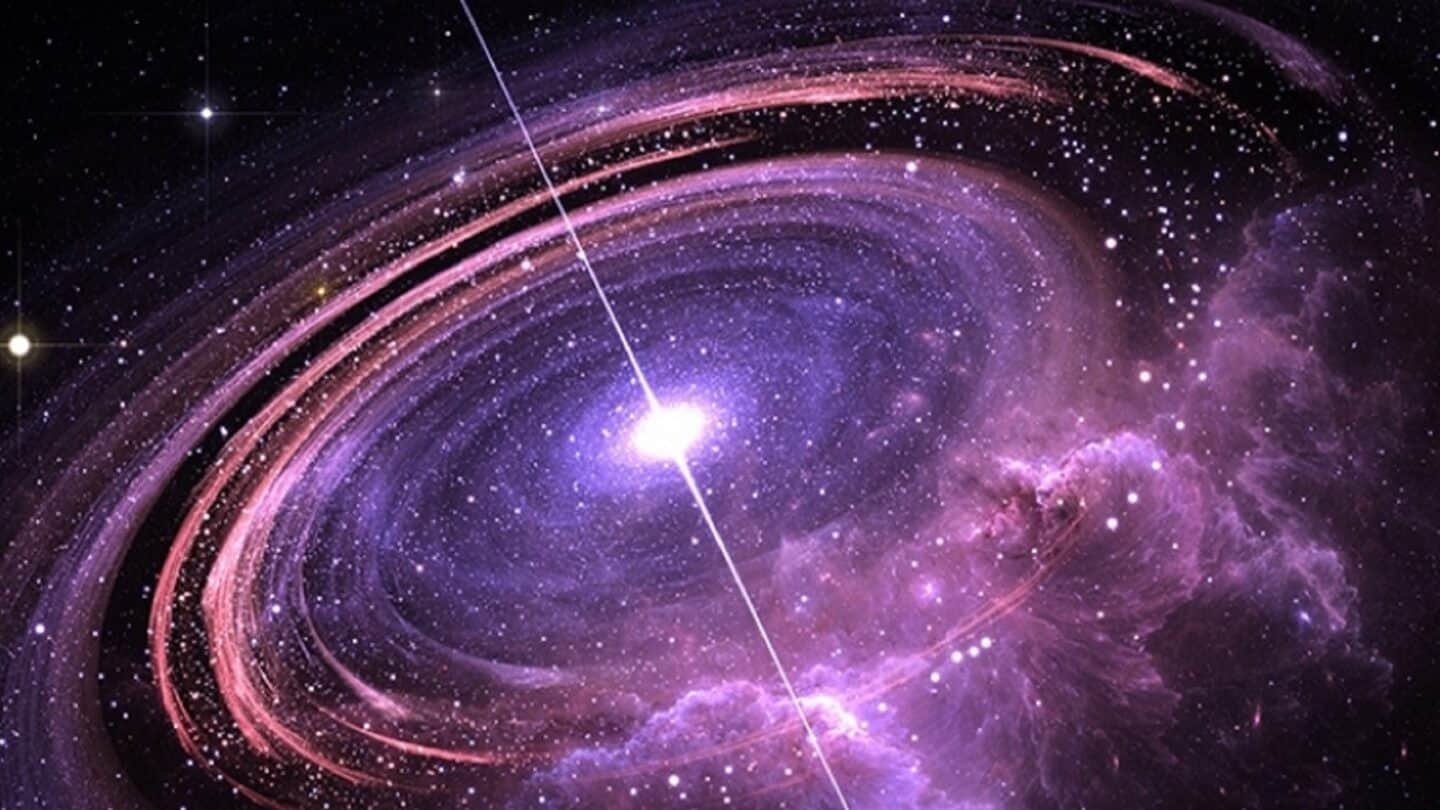 Scientists examining the light from one of the furthermost quasars in the universe were astonished to find fluctuations in the electromagnetic force. Picture: Shutterstock

New measurements of a quasar 13 billion light-years away within the universe, have found that one of the cosmological constants used in physics can in fact be awkwardly inconsistent.

The fine structure constant is used to help measure the strength of electromagnetic force between charged particles. Electromagnetic force is one of the four fundamental forces in nature (the others are gravity, weak nuclear force and strong nuclear force), and keeps electrons whizzing around a nucleus in every atom of the universe. Without it, all matter would fly apart.

Until recently, it was believed to be an unchanging force throughout time and space.

But new measurements of light emitted from the distant quasar, combined with previous results, found tiny variations in the fine structure constant. Even weirder, the anomalies only appeared when measured in one particular direction of the universe.

And that could have huge implications for our understanding of existence and the universe.

The measurements, by an international group involving scientists from UNSW, have been published in the journal Science Advances.

“The fine structure constant is the quantity that physicists use as a measure of the strength of the electromagnetic force,” says John Webb, who was involved in the research at UNSW.

“It’s a dimensionless number and it involves the speed of light, something called Planck’s constant and the electron charge, and it’s a ratio of those things. And it’s the number that physicists use to measure the strength of the electromagnetic force.”

“We found a hint that that number of the fine structure constant was different in certain regions of the universe. Not just as a function of time, but actually also in direction in the universe, which is really quite odd if it’s correct … but that’s what we found.”

When  Webb first came across these early signs of slightly weaker and stronger measurements of the electromagnetic force, he thought it could be a fault of the equipment, or of his calculations or some other error that had led to the unusual readings. It was while looking at some of the most distant quasars – massive celestial bodies emitting exceptionally high energy – at the edges of the universe that these anomalies were first observed using the world’s most powerful telescopes.

“The most distant quasars that we know of are about 12 to 13 billion light years from us,” Webb says.

“So if you can study the light in detail from distant quasars, you’re studying the properties of the universe as it was when it was in its infancy, only a billion years old. The universe then was very, very different. No galaxies existed, the early stars had formed but there was certainly not the same population of stars that we see today. And there were no planets.”

He says that in the current study, the team looked at one such quasar that enabled them to probe back to when the universe was only a billion years old which had never been done before. The team made four measurements of the fine constant along the one line of sight to this quasar. Individually, the four measurements didn’t provide any conclusive answer as to whether or not there were perceptible changes in the electromagnetic force. However, when combined with lots of other measurements between us and distant quasars made by other scientists and unrelated to this study, the differences in the fine structure constant became evident.

“And it seems to be supporting this idea that there could be a directionality in the universe, which is very weird indeed,” Webb says.

“In one particular direction, we can look back 12 billion light years and measure electromagnetism when the universe was very young. Putting all the data together, electromagnetism seems to gradually increase the further we look, while towards the opposite direction, it gradually decreases. In other directions in the cosmos, the fine structure constant remains just that – constant. These new very distant measurements have pushed our observations further than has ever been reached before.”

In other words, in what was thought to be an arbitrarily random spread of galaxies, quasars, black holes, stars, gas clouds and planets – with life flourishing in at least one tiny niche of it – the universe suddenly appears to have the equivalent of a north and a south. Webb is still open to the idea that somehow these measurements made at different stages using different technologies and from different locations on Earth are actually a massive coincidence.

“It raises a tantalising question: does this ‘Goldilocks’ situation, where fundamental physical quantities like the fine structure constant are ‘just right’ to favour our existence, apply throughout the entire universe?

“This is something that is taken very seriously and is regarded, quite correctly with scepticism, even by me, even though I did the first work on it with my students. But it’s something you’ve got to test because it’s possible we do live in a weird universe.”

But adding to the side of the argument that says these findings are more than just coincidence, a team in the US working completely independently and unknown to Webb’s, made observations about X-rays that seemed to align with the idea that the universe has some sort of directionality.

“I didn’t know anything about this paper until it appeared in the literature,” he says.

Life, the universe, and everything

While still wanting to see more rigorous testing of ideas that electromagnetism may fluctuate in certain areas of the universe to give it a form of directionality, Webb says if these findings continue to be confirmed, they may help explain why our universe is the way it is, and why there is life in it at all.

“For a long time, it has been thought that the laws of nature appear perfectly tuned to set the conditions for life to flourish. The strength of the electromagnetic force is one of those quantities. If it were only a few per cent different to the value we measure on Earth, the chemical evolution of the universe would be completely different and life may never have got going. It raises a tantalising question: does this ‘Goldilocks’ situation, where fundamental physical quantities like the fine structure constant are ‘just right’ to favour our existence, apply throughout the entire universe?”

If there is a directionality in the universe, Webb argues, and if electromagnetism is shown to be very slightly different in certain regions of the cosmos, the most fundamental concepts underpinning much of modern physics will need revision.

“Our standard model of cosmology is based on an isotropic universe, one that is the same, statistically, in all directions,” he says.

“That standard model itself is built upon Einstein’s theory of gravity, which itself explicitly assumes constancy of the laws of Nature. If such fundamental principles turn out to be only good approximations, the doors are open to some very exciting, new ideas in physics.”

Webb’s team believe this is the first step towards a far larger study exploring many directions in the universe, using data coming from new instruments on the world’s largest telescopes. New technologies are now emerging to provide higher quality data, and new artificial intelligence analysis methods will help to automate measurements and carry them out more rapidly and with greater precision. 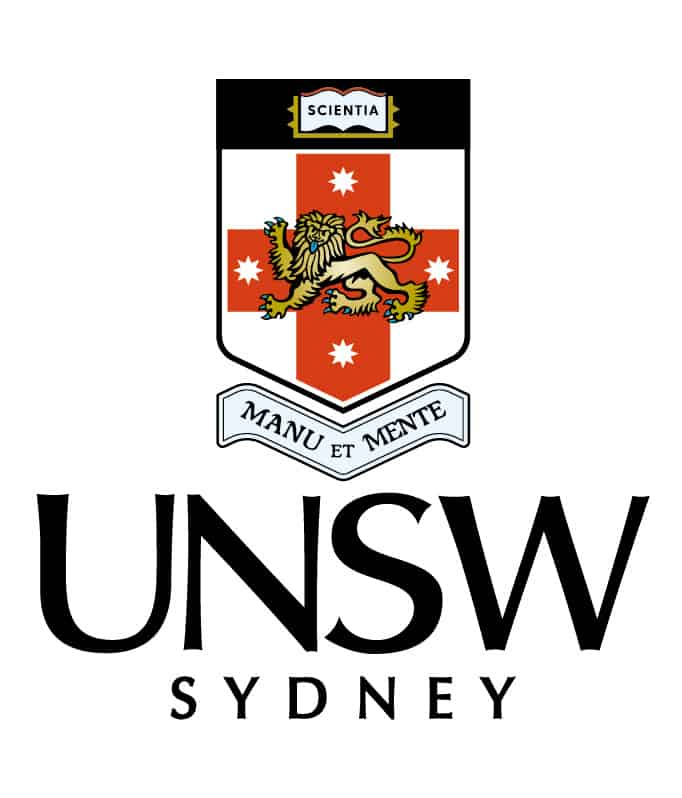