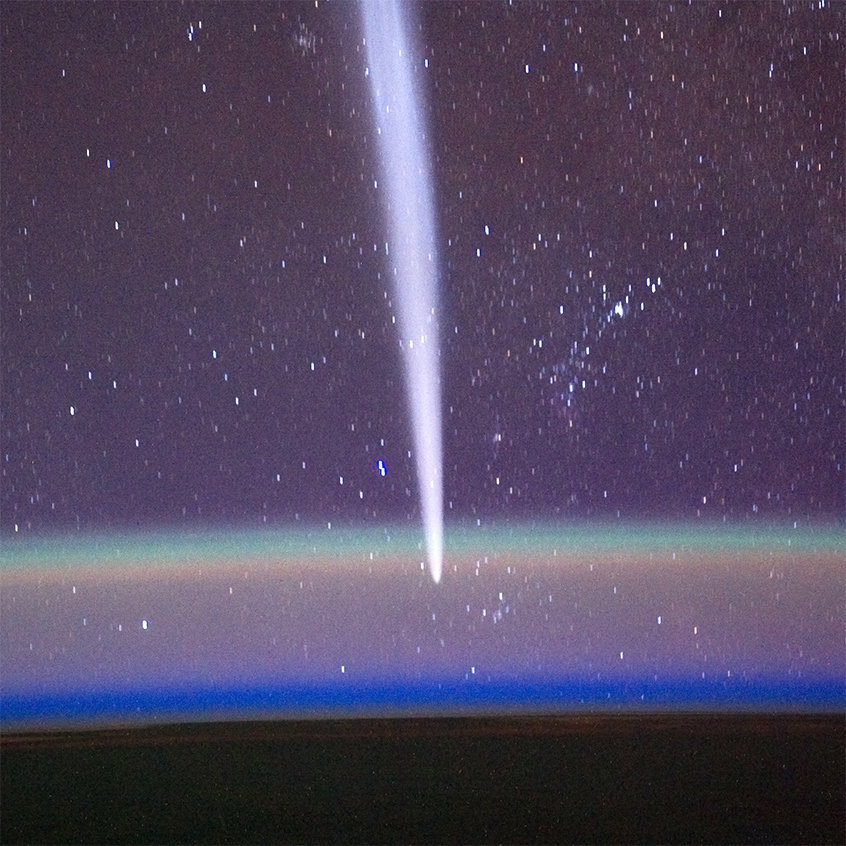 Far out in the periphery of the solar system lies a vast swarm of icy fragments known as the Oort cloud, where many comets are born. Astronomers believe it begins at about 2000 times Earth’s distance from the Sun and extends as far as 50,000 times that distance.

Every so often, a collision or some gravitational influence disturbs one of these icy objects and sends it falling in to the inner solar system, where it will most likely swing past the Sun and back out to the Oort cloud in a very long orbit.

A new analysis of data acquired by NASA’s WISE spacecraft, which makes infrared observations of the whole sky, calculates that there are more of these far-off travellers than we thought, and they are also substantially bigger.

In a paper published in The Astronomical Journal, James M. Bauer of Jet Propulsion Laboratories and colleagues calculate that there are about 7 times as many long-period comets over 1 kilometre across as had been thought, and that they are on average up to twice the size of what are known as “Jupiter-family” comets, which have orbits shaped by Jupiter’s gravity and periods of 20 years or less.

While comets with periods of less than 200 years (which to astronomers are “short-period” comets) have been known and studied since antiquity, long-period comets have only become a subject of interest in recent decades. The Oort cloud itself cannot be observed directly, and its existence was only proposed in 1950 by the Dutch astronomer Jan Oort, to explain the existence of long-period comets.

The researchers suggest that the long-period comets are larger than their inner-system counterparts because they spend less time close to the Sun, which can cause their ice to melt and evaporate away.

An increased estimate of the number of such comets also suggests that they are more likely to have collided with planets in the past, and may be more likely to do so in future.

“Comets travel much faster than asteroids, and some of them are very big,” study co-author Amy Mainzer told NASA. “Studies like this will help us define what kind of hazard long-period comets may pose.”