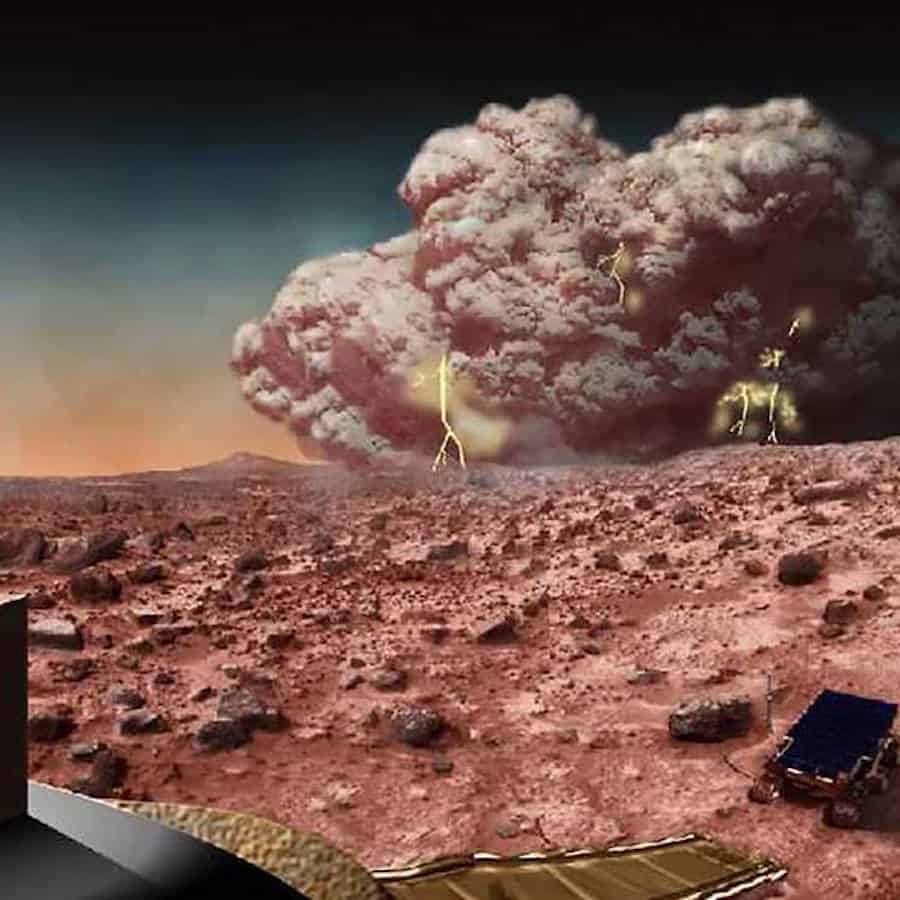 If humans colonise Mars, they’re going to have to contend with some pretty vicious dust storms – some of which can encapsulate the entire planet.

But if NASA predictions are correct, a big one should strike in the next few weeks or months, lending weight to a Martian dust storm forecasting system.

A 2015 study in Icarus by James Shirley, a planetary scientist at NASA’s Jet Propulsion Laboratory in Pasadena, California, found Mars’ dust storm season midpoint is the end of October.

“Based on the historical pattern we found, we believe it is very likely that a global dust storm will begin within a few weeks or months of this date,” Shirley says.

The most recent Martian global dust storm blew up in 2007. The rovers Spirit and Opportunity were starved of solar power.

So how do these global storms arise?

Dust storms are part of everyday life on the red planet. Local eddies and whirls can join forces to become bigger storms – perhaps producing lightning – that can cover entire regions.

These tend to arise during the southern hemisphere’s spring and summer, when Mars is closest to the sun.

Shirley calculated that the effects other planets have on Mars’ momentum as it orbits the sun, along with its orbital motion, contribute to the frequency and severity of the storms.