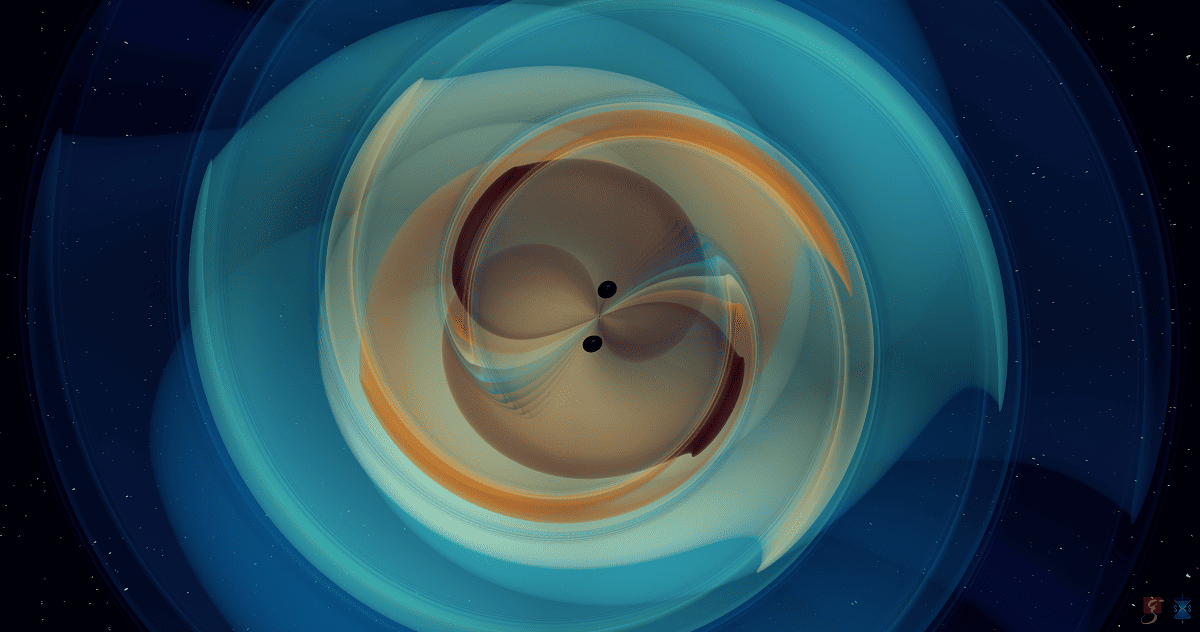 Astronomers from the international LIGO and Virgo Scientific Collaboration have reported their biggest catch yet – a black hole 142 times the mass of the Sun likely resulting from the merger of two black holes of 85 and 65 solar masses.

The remnant black hole is the most massive ever observed with gravitational waves and provides the first direct evidence, they say, of the existence of intermediate-mass black holes, which weigh in at 100 to 100,000 solar masses.

They are thus heavier than those resulting from the collapse of high mass stars, but lighter than the supermassive black holes that sit at the centre of galaxies. Until now, only indirect evidence obtained from electromagnetic observations has hinted at their existence.

The new findings are published in a paper published in the journal Physical Review Letters. A complementary paper appears in the Astrophysical Journal Letters.

The gravitational wave signal, GW190521, was detected earlier this year with the Laser Interferometer Gravitational-wave Observatory (LIGO), a pair of four-kilometre interferometers in the US, and Virgo, a three-kilometre detector in Italy.

“This doesn’t look much like a chirp, which is what we typically detect,” says Nelson Christensen from the French National Centre for Scientific Research. “This is more like something that goes bang, and it’s the most massive signal LIGO and Virgo have seen.”

The signal likely represents the instant the two black holes merged, releasing energy equivalent to around eight solar masses, which spread across the Universe in the form of gravitational waves.

“This is the first time we’ve observed an intermediate mass black hole, almost twice as heavy as any other black hole ever observed with gravitational-waves,” says Juan Calderón Bustillo from Australia’s ARC Centre of Excellence for Gravitational Wave Discovery (OzGrav).

“For this reason, the detected signal is much shorter than those previously observed. In fact, it’s so short that we can barely observe the black hole collision, we can only see its result.”

The rare event raises questions, the scientists say, about how the black hole formed, its origins and how the two black holes found each other in the first place.

“Black holes form when massive stars die, both exploding in a supernova and imploding at the same time,” says OzGrav’s Isobel Romero-Shaw.

“But, when the star has a core mass in a specific range – between approximately 65 and 135 times the mass of the Sun – it usually just blows itself apart, so there’s no leftover black hole. Because of this, we don’t expect to see black holes in this solar mass range, unless some other mechanism is producing them.”

The LIGO-Virgo team has also measured the spin of the merging black holes and discovered that as they were circling ever closer together they could have been spinning about their own axes, at angles that were out of alignment with the axis of their orbit.

The misaligned spins likely caused their orbits to wobble, or precess, as they spiralled towards each other.

Another possibility being considered is of a hierarchical merger, in which the two progenitor black holes themselves may have formed from the merging of two smaller black holes, before migrating together and eventually merging.

“This event opens more questions than it provides answers,” says Alan Weinstein, from Caltech in the US. “From the perspective of discovery and physics, it’s a very exciting thing.”