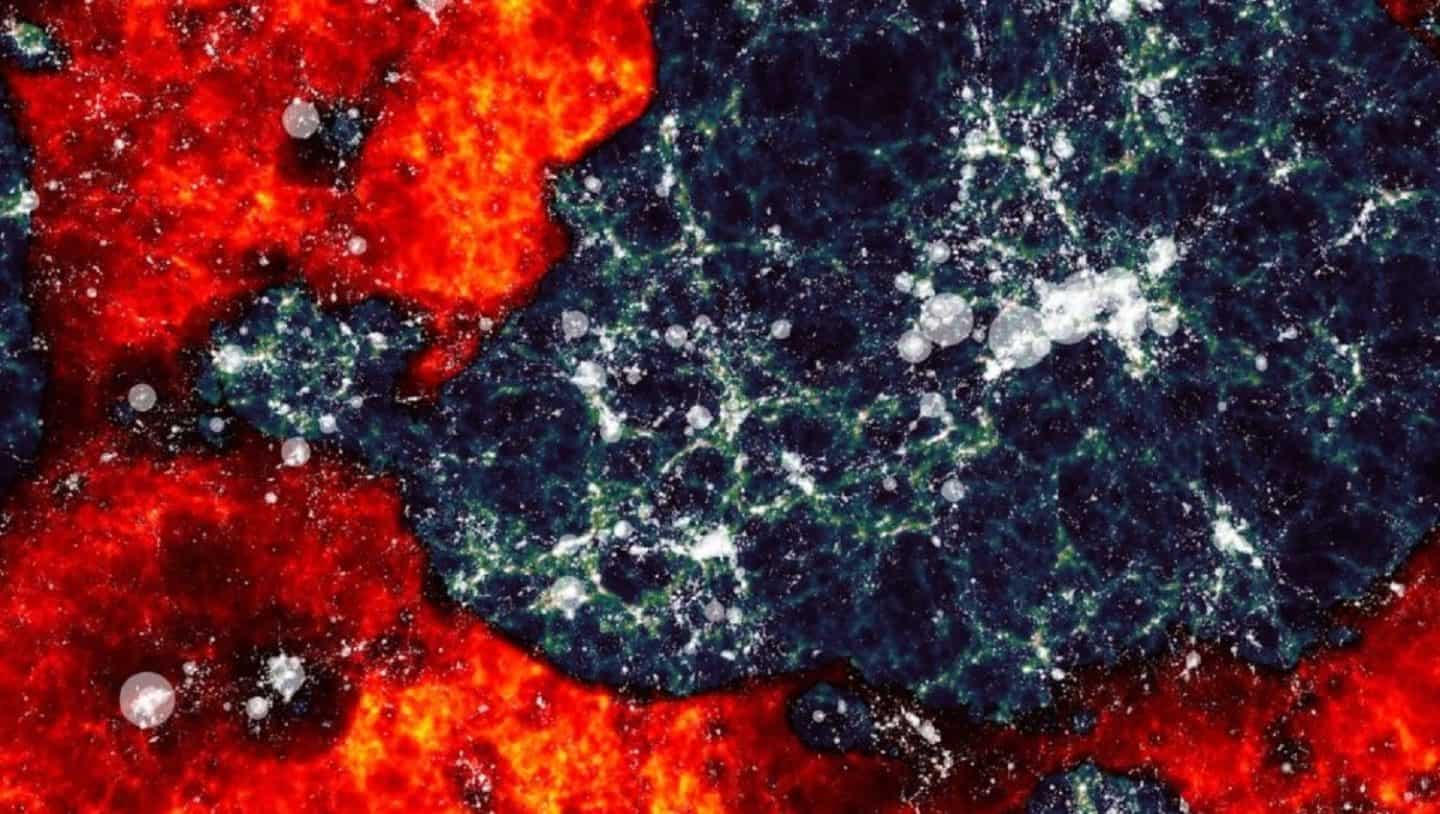 Astronomers believe they are closing in on a signal that has been travelling across the Universe for 12 billion years.

In a paper soon to be published in the Astrophysical Journal, an international team reports a 10-fold improvement on data gathered by the Murchison Widefield Array (MWA), a collection of 4096 dipole antennas set in the remote hinterland of Western Australia.

The MWA was built specifically to detect electromagnetic radiation emitted by neutral hydrogen – a gas that made up most of the infant Universe in the period when the soup of disconnected protons and neutrons spawned by the Big Bang started to cool down.

Eventually those atoms began to clump together to form the very first stars, initiating the major phase in the evolution of the Universe known as the Epoch of Reionisation, or EoR.

“Defining the evolution of the EoR is extremely important for our understanding of astrophysics and cosmology,” says research leader Nichole Barry from the University of Melbourne and Australia’s ARC Centre of Excellence for All Sky Astrophysics in 3 Dimensions (ASTRO 3D).

“So far, though, no one has been able to observe it. These results take us a lot closer to that goal.”

The neutral hydrogen that dominated space and time before and in the early period of the EoR radiated at a wavelength of approximately 21 centimetres.

Stretched now to somewhere above two metres because of the expansion of the Universe, the signal persists – and detecting it remains the theoretical best way to probe conditions in the early days of the Cosmos.

But that’s difficult to do, the researchers say, as the signal is old and weak and there are a lot of other galaxies in the way.

That means the signals recorded by the MWA and other EoR-hunting devices, such as the Hydrogen Epoch of Reionisation Array (HERA) in South Africa and the Low Frequency Array (LOFAR) in The Netherlands, are extremely messy.

The result was a level of precision that significantly reduced the range in which the EoR may have begun, pulling in constraints by almost an order of magnitude.

“We can’t really say that this paper gets us closer to precisely dating the start or finish of the EoR, but it does rule out some of the more extreme models,” says co-author Cathryn Trott, from Australia’s Curtin University.

“That it happened very rapidly is now ruled out. That the conditions were very cold is now also ruled out.”

The research was conducted by researchers from a number of institutions in Australia and New Zealand, in collaboration with Arizona State University, Brown University and MIT in the US, Kumamoto University in Japan, and Raman Research Institute in India.

The paper is currently available on the preprint server arXiv.

In this simulation of the Epoch of Reionisation, neutral hydrogen, in red, is gradually ionised by the first stars, shown in white.