The imminent launch of the James Webb space telescope promises clearer images – and deeper understanding – of the origins of the cosmos.

Growing up under the clear night skies of the state of Georgia, in the south-east of the United States, I remember lying in the back of my dad’s pickup truck looking up at the constellations, and even from that very early age of nine or 10 there was just something so fundamental and wonderful about seeing the Moon and the stars that just clicked in me – it was so inspirational.

Then I got my first telescope, and began the methodical process of looking at a map of the night sky, going out and observing it myself. The challenge of finding planets and observing meteor showers – that was my real start, identifying objects and recognising the patterns in the night sky.

When I was in early secondary school, astronomers confirmed that it was in fact a comet or an asteroid that had finished off the dinosaurs, because they found the crater in the Yucatan Peninsula of Mexico. That’s when the real science questions kicked in for me. If an asteroid could do that to the dinosaurs, what about us? Earth is our home. This is our planet! I really knew from that young age that I wanted to explore these types of questions and that I wanted to study astronomy.

What’s the relationship between a black hole’s formation and the evolution of the galaxy around it?

My first really serious interest was around black holes, these mysterious objects in our universe that form after massive stars die, that reside at the centres of galaxies. I was fascinated by these extremely massive, dense objects – light can’t escape from them, they break the laws of physics, as we know them, but they’re tied to these enormous systems like our home, the Milky Way galaxy. What’s the relationship between a black hole’s formation and the evolution of the galaxy around it? That’s where I became fascinated with the whole story of galaxy formation, and how it fits in with the greater picture of cosmology – the history of our universe.

Until very recently, we couldn’t directly observe black holes, and we have had to study their effects indirectly. It seemed like a natural question for me to pursue. How do black holes evolve? How are they such critical ingredients to a galaxy’s evolution? How does that all connect over billions of years in the history of our universe? You start a PhD with what you think is a simple, straightforward question. And, of course, the more you investigate it, the more complex it is, and the more those questions branch into different areas.

For my PhD, I was able to use the Fourstar Galaxy Evolution Survey, known as the ZFOURGE survey. It used days’ worth of time on the Magellan telescope in Chile to stare at patches of sky for many hours at a time to collect as much information as it could about distant galaxies. Using that ground-based survey gave us a sample of tens of thousands of galaxies, spanning across time all the way back to when the universe was just a billion years old. Now, it’s 14 billion years old.

I was then able to take that information and pair it with data from the Hubble Space Telescope (HST). So you’re getting information about a galaxy’s mass, which is critical, and its components – what kind of stars make up the galaxy. Then with the Hubble data, we were getting these incredible images, in very high resolution, and we can then measure their sizes, and what we call their morphology. That was a real “aha” moment, to be able to separate samples of galaxies.

Through these amazing telescopes, like Hubble, we’re learning that galaxies have their own kind of personalities.

All galaxies have their own properties. They’re not all the same. Through these amazing telescopes, like Hubble, we’re learning that galaxies have their own kind of personalities. You can’t just lump them all together. If we really want to understand how they grow and evolve, we have to appreciate all the different types of scenarios.

It’s incredible to use these modern telescopes to capture the light of galaxies as they were in the very early universe. And that helps you build this entire kind of fossil record of galaxy evolution. We set out asking questions like, what is the growth rate of galaxies over time by measuring the extent of their starlight? Well, once you realise that some galaxies are forming stars actively, and some galaxies aren’t, you have to kind of step back and ask yourself if it’s fair to look at these galaxies in the same way.

Needless to say, there is still very much for us to learn, which is why I’m very excited about the imminent launch of the James Webb space telescope in December. It will allow us to really pull back the curtain. Hubble was incredible, because it allowed us to see very distant galaxies for the first time. But with the James Webb space telescope and its infrared observing capabilities, we’ll be able to take even a step further back in time and perhaps image some of the very first galaxies.

We’re used to seeing pictures of galaxies as gorgeous spirals, like the nearby Andromeda galaxy. But that’s not what you see when you look to the early Universe – you see fuzzy little blobs. There are limitations on what information we can extract from those images. Now, with the James Webb telescope, we’ll be able to see the details, the morphologies of these early galaxies, with even better resolution than Hubble.

How are we are getting galaxies so massive and so mature at a stage when they shouldn’t be quite there yet?

Some fundamental assumptions have been shaken in the past few years, because astronomers have found galaxies that are older and bigger than we thought should exist at such early times. With James Webb, we’ll be able to capture these more evolved galaxies that exist in the early universe and address the question, how are we are getting galaxies so massive and so mature at a stage when they shouldn’t be quite there yet? It’s going to have big implications for what we know about galaxy formation and evolution.

The James Webb space telescope is definitely the next big thing in astronomy. Hubble is in orbit, not too dissimilar to the International Space Station orbiting the Earth, which means we can service it – we’ve actually sent missions through the shuttle program to do so. But the James Webb space telescope will actually trail behind the Earth and orbit the Sun. So it’s going to be much further away, almost 3,000 times the distance of HST! Which is fantastic, because it’ll be able to get these views of deep space like never before, but we will absolutely never be able to fix it if something goes wrong.

Engineers have done a lot of work to make sure that it’s ready to go, hence the delays in its launch. And it’ll take a little while for it to get into the proper orbit to get the proper orientation and calibration once it is launched. But I’m cautiously optimistic that by the beginning of next year we’ll have what’s called “first light”. As soon as the telescope can start taking scientific data, there are astronomers here in Australia who will be looking at these exciting questions around early galaxies in the distant universe.

Originally published by Cosmos as A new view of distant galaxies 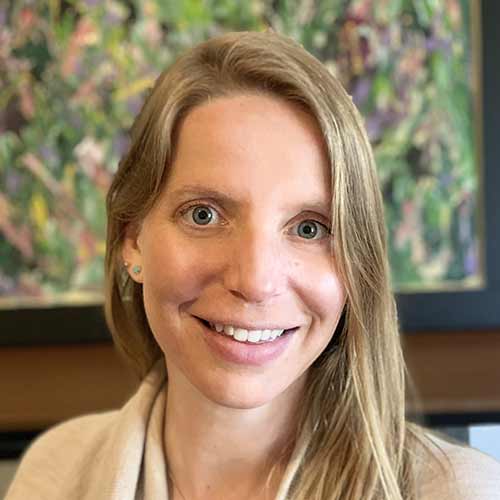 Dr Rebecca Allen completed her PhD in astrophysics at Swinburne University of Technology where her research focused on understanding the evolution and growth of galaxies over time, going all the way back to when the Universe was barely a billion years old. Now, the project lead for microgravity experimentation at Swinburne's Space Technology and Industry Institute, she applies her scientific expertise to help support Australia's growing space industry. To this end, she is working with the SmartSat CRC as the capability demonstrator lead for I-in-the-Sky, a program designed to explore how space can be used to build climate change resilient communities. When she’s not studying space or sending things there, she’s sharing her enthusiasm for space by communicating the wonders of the Universe to others and creating inspiring learning experiences.