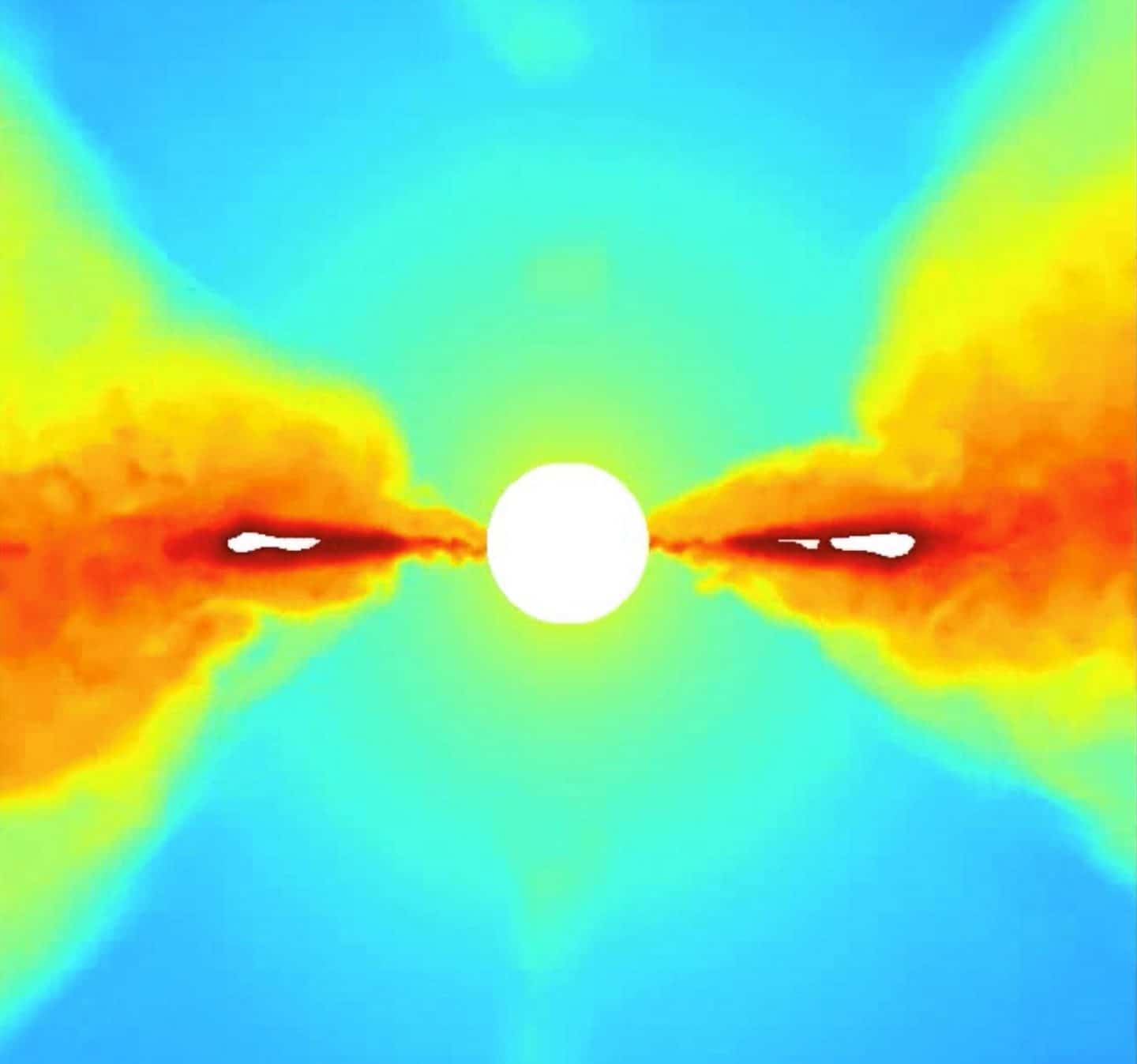 A computer simulation of the behaviour of an accretion disc surrounding a black hole, showing its alignment with the hole’s equator. Credit: Tchekhovskoy, et al

Originally published by Cosmos as A black hole, a disc and an equator