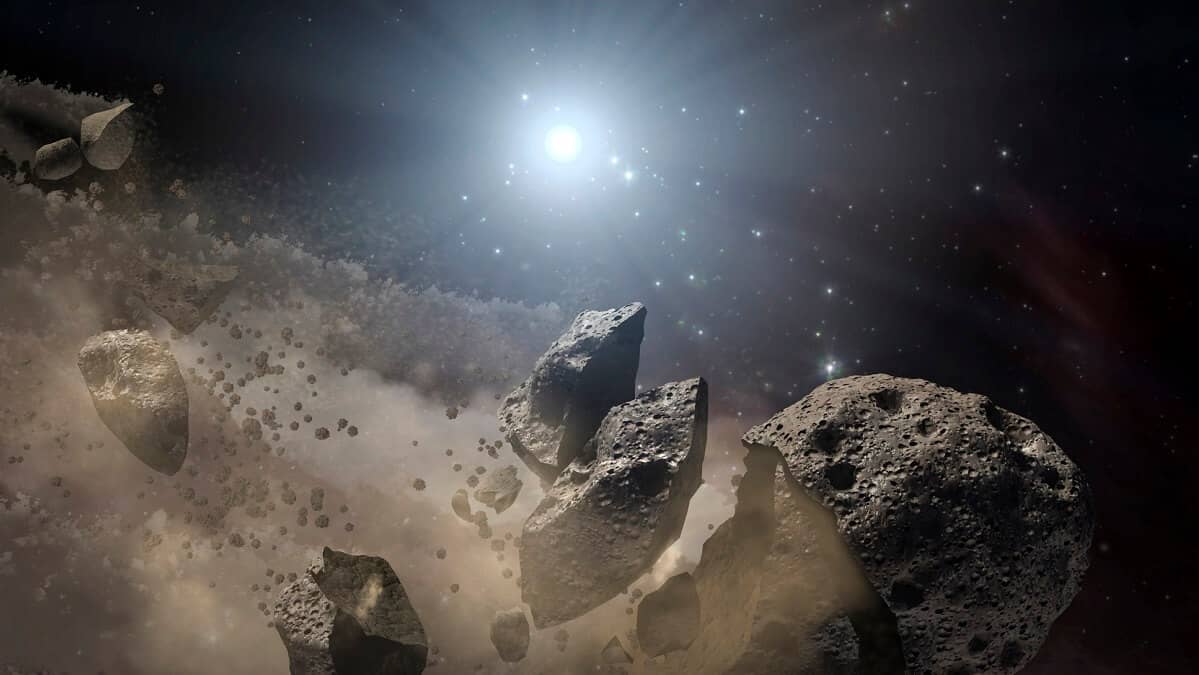 Astronomers have examined the remains of exoplanets that were devoured by their parent stars, to find that these worlds had varied geological compositions – and may have lacked the right minerals to form a rocky crust such as Earth’s.

Here on our planet, the continental crust is largely made up of granitic rocks: mostly aluminium silicates, whose low density allows the continents to “float” high on the Earth’s surface.

“Prior studies have hypothesised that some polluted white dwarfs record continent-like granitic crust – which is abundant on Earth and perhaps uniquely indicative of plate tectonics,” write the authors, Keith Putirka from California State University and Siyi Xu from the Gemini Observatory, in their paper in Nature Communications.

White dwarfs are dim ancient stars, around the size of our Sun, that have run out of fuel to burn. In their dying throes they expand to red giants, gobble up any planets in close orbit, and then shrink down to a slowly cooling stellar husk.

About a quarter of white dwarfs are “polluted” with the rocky remains of their meals, and so by analysing such a star, astronomers can learn more about the compositions of the ill-fated exoplanets.

The past studies inferred that continent-like rocks were mixed up among the pollutants, but they only observed a few remnant elements, and weren’t able to define rock type. Plus, none of these studies looked at silicate rocks – a hallmark of continental crust here on Earth.

So Putirka and Xu set out to analyse the atmospheres of 23 close-by white dwarfs – and found no evidence for Earth-like continental crust or any crust-like rocks.

Instead, they found that exoplanets have a much wider variety of compositions than was previously thought.

“Our results verify that polluted white dwarfs record the accretion of rocky exoplanets, but they also show that those exoplanets associated with polluted white dwarfs have compositions that are exotic to our Solar System – sufficiently so to require new rock classification schemes to describe their mineral assemblages,” Putirka and Xu write.

They found that some of the stars contained high amounts of calcium (Ca), but all had low silicon (Si) and high magnesium (Mg) and iron (Fe) amounts – hallmarks of rock types found in the mantle, beneath the crust.

This means that polluted white dwarf stars might record mantle, rather than crust, composition.

To better understand the geology of other worlds – especially whether they might have continent-like crust and therefore plate tectonics – Putirka and Xu call for comprehensive analyses of white dwarfs that include major elements like Mg, Al, Si, Ca, and Fe, as well as certain minor and trace elements.

“Given that Si and Fe vary with galactic radius by orders of magnitude, pursuit of these analyses may well show… that some parts of the galaxy are more disposed to forming Earth-like planets than others,” they conclude.

“Exoplanet studies also force us to face still unresolved questions of why Earth is so utterly different from its immediate planetary neighbours, and whether such contrasts are typical or inevitable.”

Originally published by Cosmos as What can chewed-up exoplanets tell us about exo-geology?