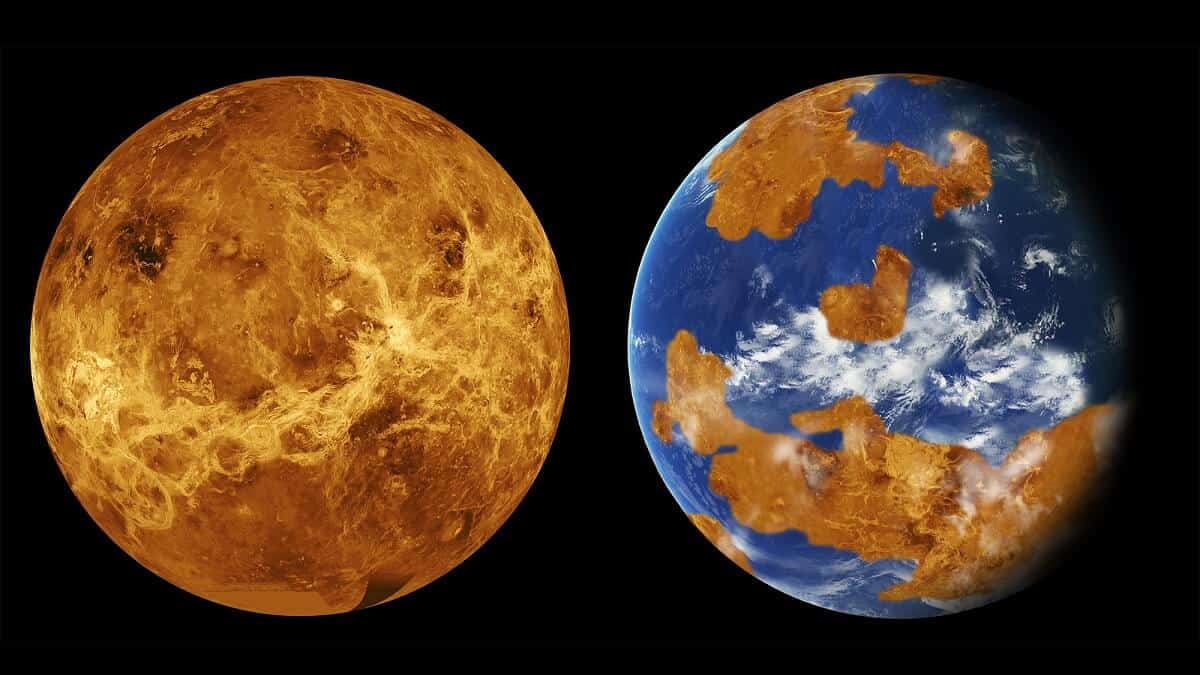 New research has revealed that Venus may have been too hot to ever form oceans on its surface.

In many ways, our neighbouring planet is very similar to Earth. It’s a rocky planet of about the same size, and it has an atmosphere and some water. But its atmosphere is thick and predominantly made up of carbon dioxide, with clouds of sulphuric acid, and its surface pressure and temperature are extreme.

However, this may not have always been the case – previous studies have suggested the planet could once have been a much more hospitable place. Over the next decade, ESA and NASA are sending three missions to Venus in the hope of finding out whether this is true, and in particular investigate whether the planet hosted ancient oceans.

But new research published in Nature suggests that it didn’t. The team used 3D models of the atmosphere – similar to those currently used to understand the Earth’s climate – to wind back the clock and see how conditions evolved.

“We simulated the climate of the Earth and Venus at the very beginning of their evolution, more than four billion years ago, when the surface of the planets was still molten,” explains Martin Turbet, lead author of the study from the University of Geneva (UNIGE) and the National Centre of Competence in Research (NCCR) in Switzerland.

Turns out, the planet was prohibitively hot.

“The associated high temperatures meant that any water would have been present in the form of steam, as in a gigantic pressure cooker,” says Turbet.

Essentially, the climate conditions on Venus wouldn’t have allowed water vapour to condense in the atmosphere – that is, temperatures were never low enough for raindrops to form and fall, and it takes thousands of years of rain to form an ocean. The model took into account the fact that the infant Sun was 30% dimmer than it is now, but found that this still wouldn’t have cooled Venus enough.

“One of the main reasons for this [heating] is the clouds that form preferentially on the night side of the planet,” Turbet explains. “These clouds cause a very powerful greenhouse effect that prevented Venus from cooling as quickly as previously thought.”

The simulations further showed that if Earth was just a little closer to the Sun (or the Sun had shone a little brighter), it could have gone down the same road as Venus.

“Our results are based on theoretical models and are an important building block in answering the question of the history of Venus,” says co-author David Ehrenreich, also from UNIGE and NCCR.

“But we will not be able to rule on the matter definitively on our computers. The observations of the three future Venusian space missions will be essential to confirm – or refute – our work.”