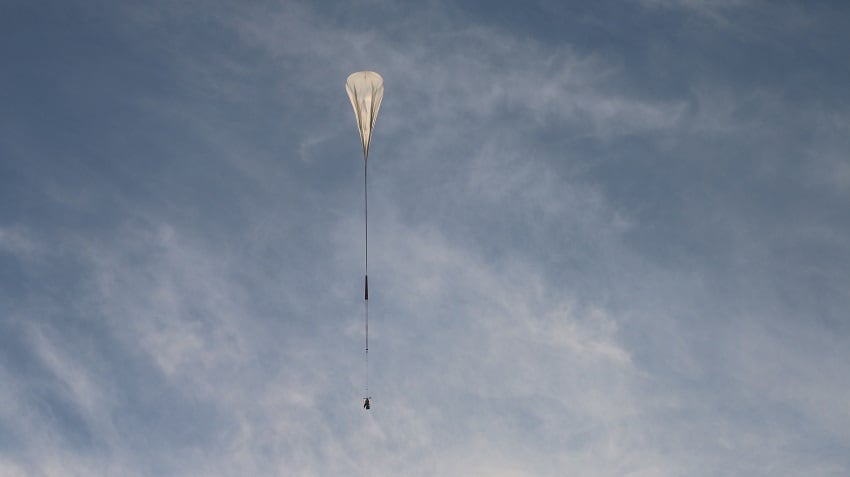 An international team of astronomers has built a telescope that will be carried to the edge of space by a helium balloon, escaping the distorting effects of the atmosphere.

This altitude will allow the telescope to be free of 99.5% of the Earth’s atmosphere, and thus capture exquisitely sharp images that astronomers say will rival the Hubble Space Telescope – at a fraction of the cost. Hubble’s price tag reached almost US$5 billion, while this new balloon-borne telescope costs a mere US$5 million.

The researchers behind the telescope include Durham and Princeton universities, along with NASA and the Canadian Space Agency. Shaaban is presenting the research today at the Royal Astronomical Society National Astronomy Meeting in the UK.

The Superpressure Balloon-borne Imaging Telescope (SuperBIT) will make its debut next April, launched from Wanaka in New Zealand. It will sail 40 kilometres up into the atmosphere, carried aloft by a helium balloon the size of a football field (with a volume of 532,000 cubic metres).

The telescope uses ‘superpressure’ balloon technology developed by NASA, able to contain helium for months without rupturing. An ordinary research balloon needs to vent helium during the day as heat from the sun causes the gas to expand – within a few days it no longer has enough helium to remain in the air. A superpressure balloon, on the other hand, maintains a steady volume, so can remain at altitude for longer periods of time than ever before possible.

SuperBIT will drift on seasonally stable winds and circumnavigate the globe several times throughout its mission, observing the cosmos at night and using its solar panels to recharge during the day.

A final test flight in 2019 showed that the telescope could remain highly stable, being able to peer at a specific point in the sky with a variation of less than one thirty-six thousandth of a degree over more than an hour. This is crucial for achieving high-resolution images.

The balloon’s design allows it to return the telescope to Earth for repairs or equipment upgrades before relaunching – in the next iteration, astronomers plan to increase the mirror diameter to 1.5 metres.

“SuperBIT can be continually reconfigured and upgraded, but its first mission will watch the largest particle accelerators in the universe: collisions between clusters of galaxies,” Shaaban explains.

When two galaxy clusters hit head on, intergalactic gas also smashes together. The gas slows down, heats up and produces shockwaves and electromagnetic radiation. SuperBIT aims to use this cosmic laboratory to test whether dark matter also slows during collisions, and thus gain insight into the composition of this mysterious substance.

Originally published by Cosmos as Balloon-borne telescope to rival Hubble