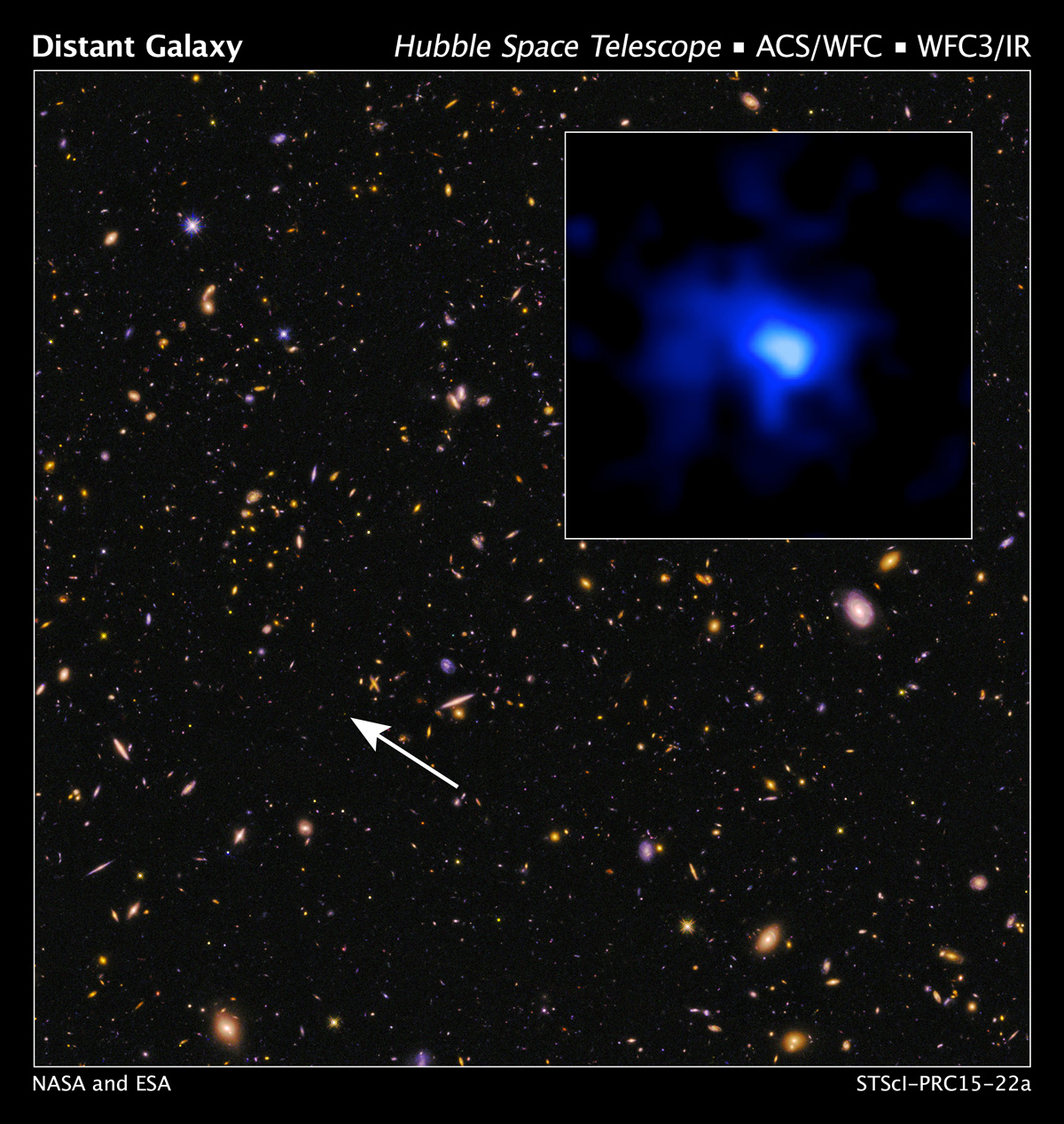 Everything about the scale of it is mind-blowing.

As seen above in the inset and the lower image, the galaxy is as it was more than 13.1 billion years ago – that is 13.1 billion light years away – back when the Universe was only 5% of its present age of 13.8 billion years. That makes it one of the earliest galaxies to form in the cosmos.

The galaxy, named EGS-zs8-1, is so old that it appears to be only 100 million years old.

It also appears to also be one of the brightest and most massive sources at that time. The near-infrared image of the galaxy has been coloured blue as suggestive of its young, and hence very blue, stars.

“It has already grown more than 15% of the mass of our own Milky Way today,” said Pascal Oesch, lead author of the study from Yale University, New Haven, Connecticut. “But it had only 670 million years to do so. The Universe was still very young then.”

The new distance measurement also enabled the astronomers to determine that EGS-zs8-1 was still forming stars very rapidly, about 80 times faster than our Milky Way galaxy today (which has a star-formation rate of one star per year.)

Its exact distance from Earth was determined using the combined data from NASA’s Hubble and Spitzer space telescopes, and the Keck I 10-metre telescope at the W. M. Keck Observatory in Hawaii.

Astronomers measure the Universe, using the expansion of the universe itself to establish milepost markers.

The light from remote objects is attenuated and weakened as space stretches like a rubber band. The consequences are that starlight will look redder relative to a nearby star of the same temperature. When starlight is spread into its component color via spectroscopy, features in the light will be shifted to the red end of the spectrum. This “redshift” can be used to reliably calibrate distances.

The challenge is the farthest objects in the universe are typically too faint for spectroscopy to work. So instead, astronomers deduce a galaxy’s distance by precisely measuring its colours in visible and infrared light.

You can read more on the Hubble website here.