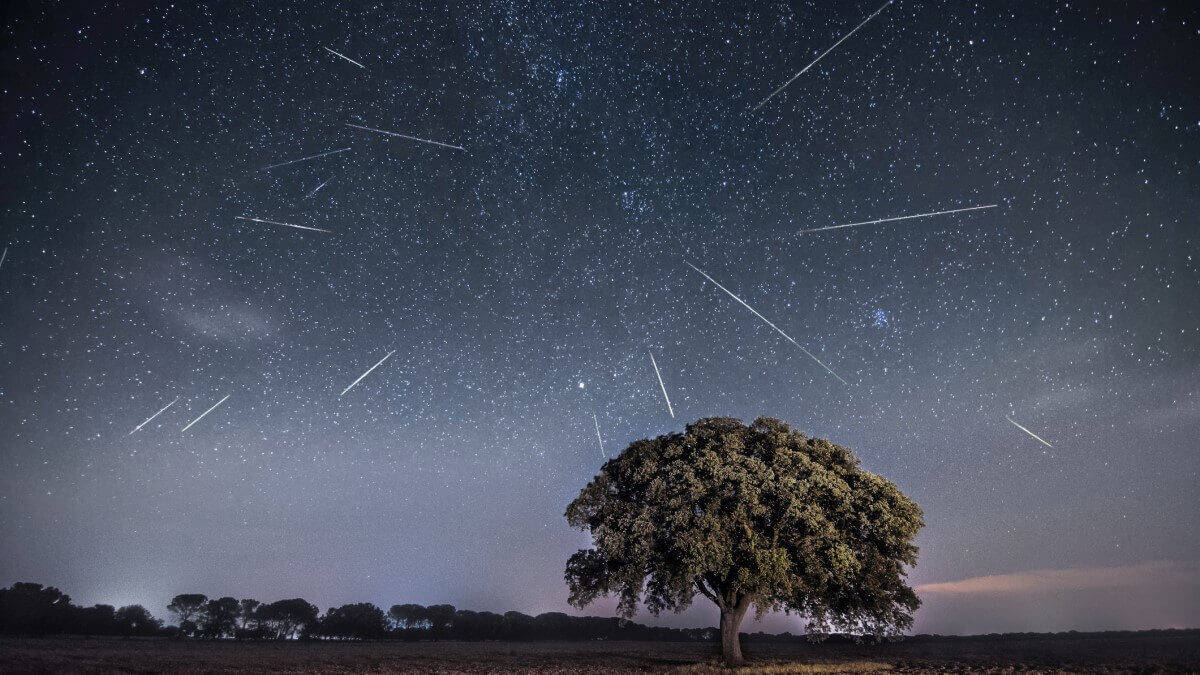 If you’re willing to get up early this weekend, you have a good shot of spotting one of the best meteor showers of the year.

Meteor showers happen when the Earth passes through patches of debris in space, left behind by comets. These particles burn up in the Earth’s atmosphere, creating a scattering of shooting stars.

Because this debris doesn’t move much relative to Earth’s orbit, meteor showers tend to occur at the same points each year.

This weekend, as Earth travels through the orbit of Halley’s Comet, we’ll be expecting to see some shooting stars in both hemispheres, but particularly in the South. The full shower goes from 4 May – 11 May, but best viewing for Australia will be early in the morning of Saturday 7 May. Sunday and Monday mornings should also provide a good view if it’s cloudy tomorrow.

You should set aside at least half an hour to view the meteor shower, which will be visible from roughly 2AM (local times) across the whole country until dawn.

Don’t use a telescope (unless you also want to check out four aligning planets, which is still happening). Instead, look at the whole sky (the wide portion to the north-east is best for this), let your eyes adjust to the darkness…and wait. (Wear something warm.) You might not see anything for 10 minutes, then several at once.

The meteors will appear all over the sky, but you’re likely to spot the highest number coming from the constellation Aquarius – hence the name. Apps like SkyView, Night Sky and Star Walk 2 can help you find it.