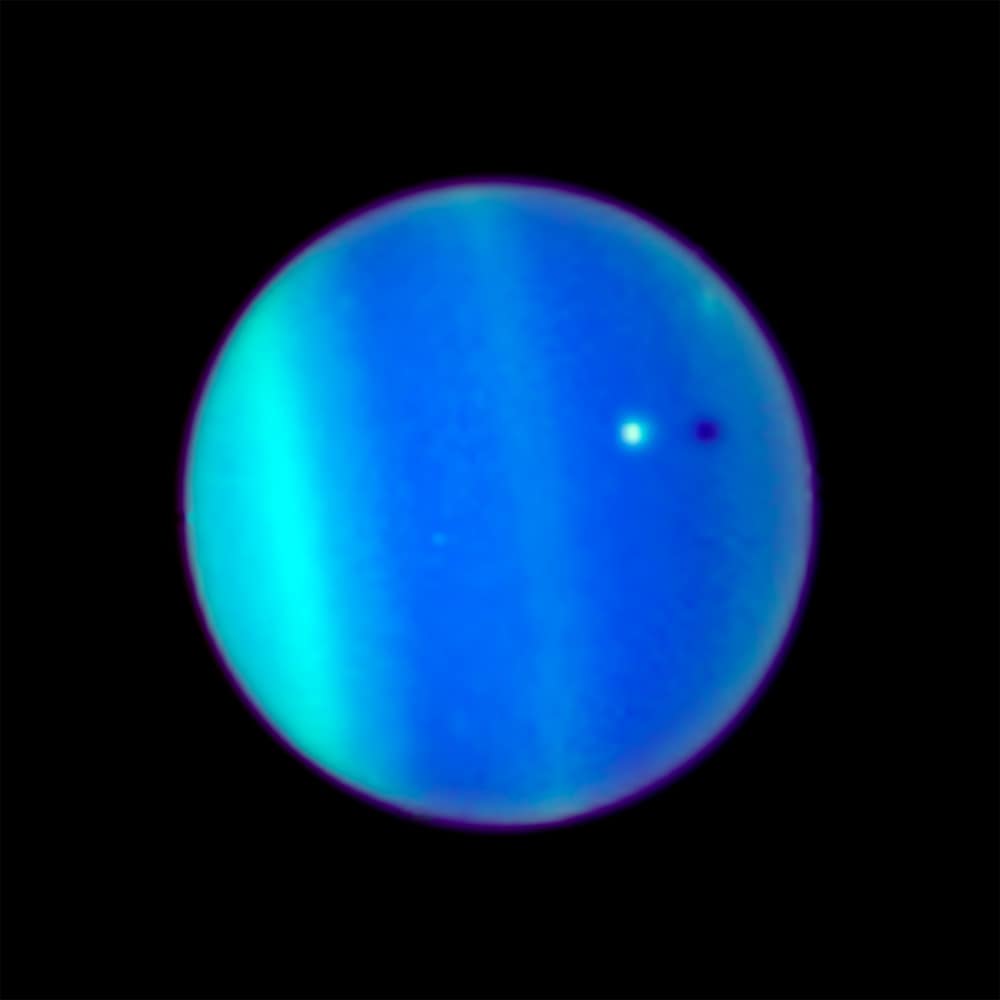 the Hubble Space Telescope caught this view of the moon Ariel chasing its shadow across the surface.

This Hubble Space Telescope image shows a moon traversing the face of Uranus, and its accompanying shadow. The white dot near the center of Uranus’ blue-green disk is the icy moon Ariel.

The 1000-kilometre-diameter satellite is casting a shadow onto the cloud tops of Uranus. To an observer on Uranus, this would appear as a solar eclipse, where the moon briefly blocks out the Sun as its shadow races across Uranus’s cloud tops.

Though such “transits” by moons across the disks of their parents are commonplace for some other gas giant planets, such as Jupiter, the satellites of Uranus orbit the planet in such a way that they rarely cast shadows on the planet’s surface. Uranus is tilted so that its spin axis lies nearly in its orbital plane. The planet is essentially tipped over on its side. The moons of Uranus orbit the planet above the equator, so their paths align edge-on to the Sun only every 42 years.

This color composite image was created from images at three wavelengths in near infrared light obtained with Hubble’s Advanced Camera for Surveys on July 26, 2006.

Originally published by Cosmos as An eclipse on Uranus