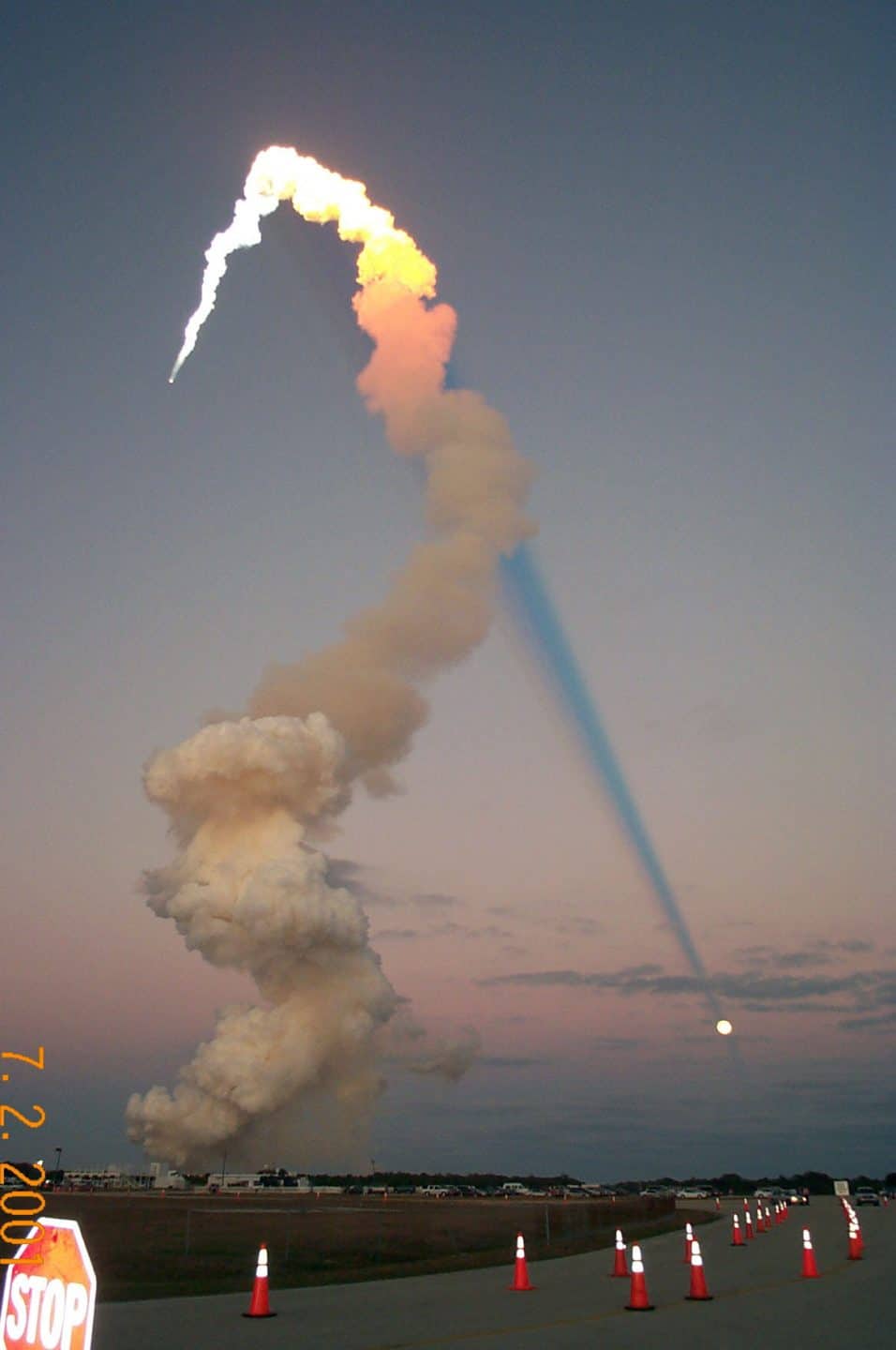 This is a photograph of the Space Shuttle (STS-98) launch on 7 February, 2001 from Kennedy Space Centre in Florida, USA. The whitish plume is the pillar of smoke and steam left behind by the solid rocket boosters. Looking carefully, you can see a very bright dot at the top of the column of smoke, which is the flame still visible at the base of the solid rocket boosters. Even as the Space Shuttle is blasting into orbit, lower-level winds have begun to twist its pillar of smoke.

The picture was taken near sunset, when the sun was relatively low on the western horizon. In the photo, you are looking eastward. The top portion of the plume is much brighter because it is being illuminated directly by sunlight, whereas the bottom portion of the plume lies within the Earth’s shadow.

The bright orb in the lower right-hand corner of the picture is the nearly full, sunlit face of the moon, which has already risen above the eastern horizon. The dark, cone-shaped feature extending downward and eastward from the pillar of smoke is its shadow.

Because the launch took place near the full moon, any shadow cast would have to appear to end at the moon since the Earth, moon, and sun were naturally in alignment. Looking eastward at the moon, and the sun is above and behind the camera.

Originally published by Cosmos as A shadow pointing at the moon