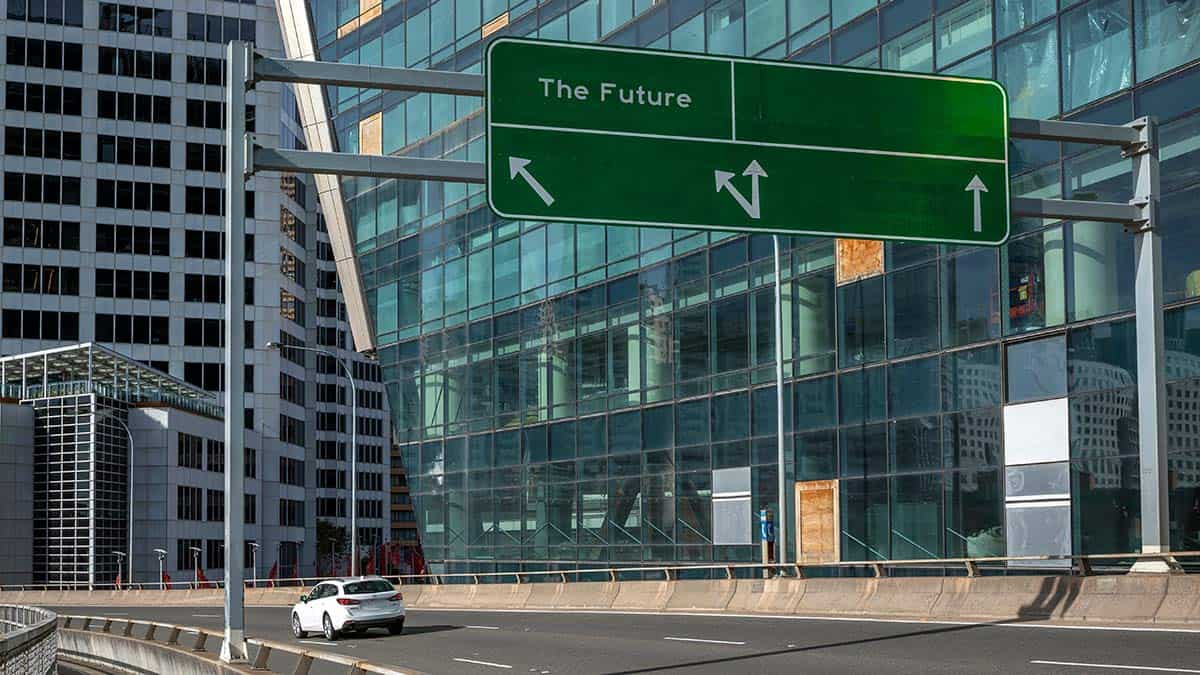 How can we get autonomous vehicles back in the fast lane? Credit: Andrew Merry

Seemingly only just over the horizon, autonomous vehicle trials in Australia seem stuck in first gear. What needs to happen to get them back on track?

The phrase “driverless cars” likely conjures up images of sleek vehicles cruising city streets, ferrying passengers around as part of a futuristic ride-share system. But adjust your mental picture, because Australian researchers are currently trying to make sure these cars can also be driven on the dusty backroads of regional areas.

For over a decade, driverless cars have shimmered on the horizon of possibility, promising to revolutionise the transport system. But although they’ve been invented and manufactured, they still have a bumpy road ahead.

If an expert had been asked about the future of autonomous cars five years ago, Milford notes that “most of them would say we’re going to have 10 million cars in 2017”. But it’s more complicated than anyone imagined – the timeline is now almost impossible to define.

“The whole race to try and create autonomous vehicles has taken much longer than most people thought,” says robotics researcher Michael Milford, from the Queensland University of Technology’s Australian Centre for Robotic Vision.

Milford specialises in navigation and perceptions systems in artificial intelligence – and is fascinated by testing this technology in less-than-ideal conditions.

The companies developing driverless cars are profit-driven, and there’s a financial incentive to first roll out the tech as ride-shares in cities, where there are plenty of passengers 24 hours a day.

It may also be easier to deploy in cities. According to Milford, most companies are trying to make the vehicles good enough so that cities will not have to make any modifications; instead, the vehicles will interact with existing infrastructure like signs, traffic lights, and lane markings on the road to make in-the-moment decisions, as well as combine GPS and mapping technology to navigate.

But what about if you want to head off the beaten track, to a place with rudimentary roads or lack of reception?

In 2019, Milford and team took multiple road trips to Queensland’s regional areas in an electric car fitted with autonomous sensors and computer systems. But CHAD (the Cooperative and Highly Automated Driving pilot program) wasn’t allowed to drive – not yet.

“We had an expert human driver to act as a guide,” Milford says. “We were developing and running the state-of-the-art artificial intelligence algorithms that autonomous vehicles have, using the data the car was gathering.”

The trips, which added up to a total of 1200 kilometres of driving, were a result of a partnership between the Queensland Department of Transport and QUT.

“The whole aim was to experience as representative and wide range of conditions as possible,” Milford explains. “So we drove during the day, at night, in different types of weather, on all different types of roads ranging from freeways or highways, down to sort of small rural roads, and we tried to make sure we had significant coverage of rural areas.”

“The bar in autonomous driving is really high,” Milford says. “There’s zero margin of error of the safety – and so we found that the state-of-the-art AI systems were by no means perfect.”

Since these systems are primarily developed and tested overseas, they weren’t adapted to Australian conditions – from simple things like driving on the ‘other side’ of the road to different signage and environmental conditions. Even after the system was retrained in these conditions, its performance wasn’t good enough.

Milford says that these cars will likely need to rely in high-resolution maps, giving them “prior knowledge of what the environment is like and what to expect down the road”.

The team did, however, find that the AI system dealt well with issues like lack of lane markings.

“To some extent, the car was able to infer or guess where the lines would be, had they been added to the road, which is basically what a human does,” Milford says. This suggests that in the long-term, the lines may not be critical, potentially saving hundreds of millions of dollars in infrastructure changes.

This kind of research important to figure out how to implement autonomous cars both equally – so it’s not just wealthy people in cities who have access, while others miss out – and efficiently, so the technology doesn’t end up slowing down traffic instead of speeding it up.

“All new technologies have issues of equity,” Milford says. “If a new technology comes along and it’s only available in the city, it just makes inequity between rural and urban areas even worse.”

He thinks that if the technology is available – and it works – there would be just as much demand in rural environments. Since regional and remote areas account for 65% of road deaths in Australia, driverless cars even have potential health benefits.

But while city-dwellers may opt to book a ride-share in a driverless car, people living in rural areas would be more likely to privately own a vehicle.

The trillion-dollar question, Milford says, is whether we can produce a driverless vehicle that can actually operate in any environment.

“That’s this grey zone that we’re in now. Five years ago, everyone was really optimistic and thought we’d have them three years ago. Now everyone has a much better idea of how hard the problem is, but that doesn’t mean it’s impossible.”

Right now, the race towards driverless cars has narrowed significantly, with about half a dozen major, cashed-up companies – all overseas – as the serious players.

“In autonomous vehicles and AI, the US is still the centre of the universe.”

Many talented Australian researchers are working in the US. To help translate our research into homegrown technology, a more harmonious relationship needs to be developed between industries and universities – particularly mining, agriculture and defense industries.

Currently Milford is working on fundamental research in computer vision and artificial intelligence, to help robots and autonomous vehicles sense their environments.

But this is a tricky challenge.

“You can’t just solve it through good engineering,” he says. “It’s likely that the cars, to be as good or better than humans, will actually have to genuinely have some level of intelligence, some level of understanding of a very complex world around them.”

This research is largely biologically inspired. It involves learning from natural systems and applying this knowledge to technological problems, by working with biologists and neuroscientists to model how animals – from rats to insects to primates – navigate and understand the world.

“There’s so much to be learned from the natural world, which is pretty amazing at what it does,” Milford says. “There’s a reason we have human drivers still and not autonomous drivers everywhere.”

But of course, we still don’t have a perfect grasp of how these fabulously complex neurological processes work, and so some creativity is required to apply it to a task such as robotic navigation.

Milford says that when they test the resultant technology on a robot, for example, “it fails catastrophically almost all the time – and then there’s this wonderful iterative process where you go back and forth, talking to the neuroscientist, trying something different. And then if everything works well, you eventually get to a high performing robot navigation system.”

Along with this foundational grounding, Milford’s team is also focused on other the development of types of driverless vehicles, beyond cars for individual transportation. While in the US much research is going into autonomous trucks – which by necessity will need to operate on highways and rural roads – Milford’s group is exploring off-road vehicles. These must operate in places where there’s no road as a guide, such as on mine sites.

Milford reckons that we’ll know in the next year or so how close we are to a commercial reality for autonomous cars.

“It’s an overwhelming time but also extremely exciting,” he says.

“You can think of it as the 2020s equivalent of the [1960s] space race in some respects. The technologies will have potentially far more benefits outside of the core area that they’re applied in.”