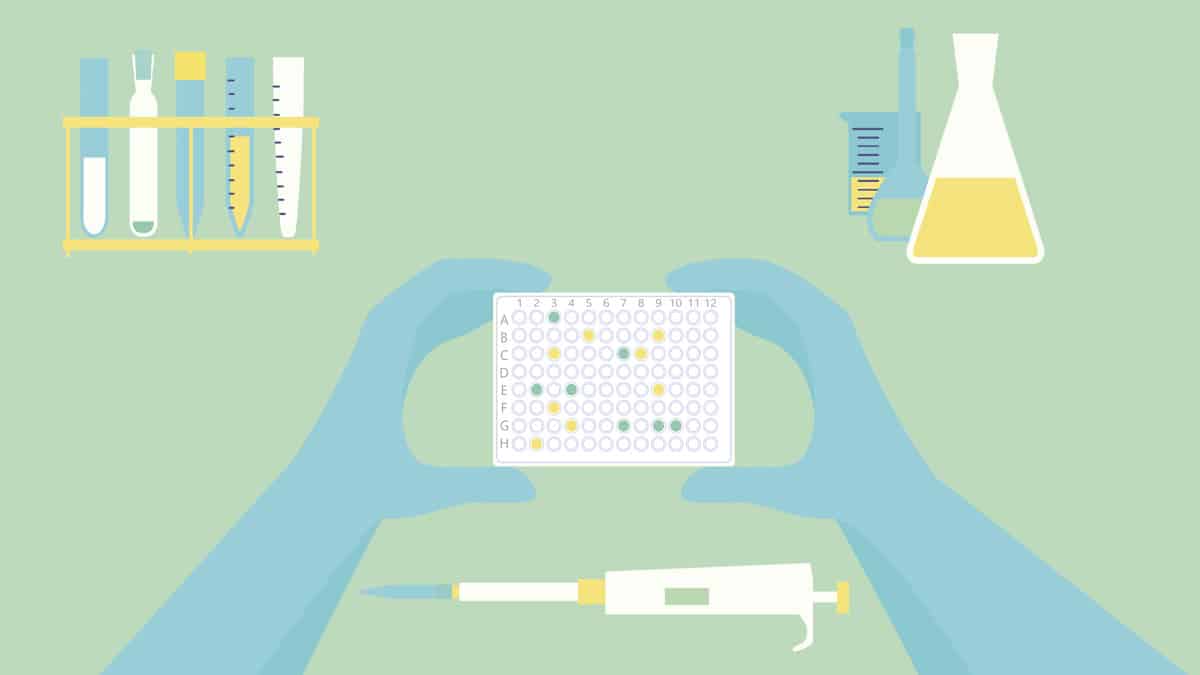 COVID testing has seen the technique called Polymerase Chain Reaction enter the lexicon, but few know how it works, or its other surprising applications.

By now many of us have felt it – the surprising, invasive sensation of a long-handled cotton bud being shoved through the back of our nose to our throat during a COVID-19 test. While we’re still blinking away our surprise, that cotton bud is being bundled up to be sent off to a lab, where it undergoes a process both routine and extraordinary – Polymerase Chain Reaction, or PCR.

For many years PCR was – and in many cases still is – an indispensable part of biology. The technique takes tiny amounts of DNA and copies it over and over again, allowing scientists to quickly and easily establish if the genetic code they’re seeking is in a sample.

But with decades of use under its belt, this revolutionary reaction is, in some industries, slowly being replaced with other techniques. Newer versions are built on their predecessor’s success.

For some things though – such as relatively cheaply and quickly testing samples for even a tiny amount of viral genetic material – PCR is still the obvious choice.

“It’s funny because scientists or researchers or diagnostic pathology workers just take it for granted that this tool has been around forever and is super effective and useful, but we’ve clearly dropped the ball on explaining exactly what it is to the public,” says Associate Professor Ian Mackay, a virologist at the University of Queensland.

“PCR has had a huge positive impact on preventing death in countries like Australia.”

“It’s funny because scientists or researchers or diagnostic pathology workers just take it for granted that this tool has been around forever and is super effective and useful.”

Mackay has been working with viruses since the 1990s and remembers a time before PCR, where viruses or bacteria had to be manually cultured – a slow, laborious process for which the organism had to still be alive.

“PCR has been my thing since 1993, I think,” he says. “At the moment, I’ve been working on the development of PCR-based tests for SARS-CoV-2.”

First invented in Berkeley, California in 1983, the PCR technique has changed relatively little to the one we use in 2021 to test for the virus that causes COVID-19.

Let’s go back to that eye-watering COVID test. You’ve endured the cotton bud up the nose, and the sample has been sent off to a lab.

Inside that lab is a machine called a thermocycler, which repetitively cycles temperatures between warm and very hot – each cycle helping the system separate the strands of DNA and copy tiny sections of DNA code.

When presented with the tiny tube filled with a genetic jumble of the bacteria and viruses that were up your nasal canal at the time, lab technicians need to add a few ingredients before placing it in the thermocycler.

Because PCR is a DNA-based process and SARS-CoV-2 is an RNA virus, the first ingredient is reverse transcriptase, which converts RNA into DNA. Deoxynucleoside triphosphates are another addition; they’re used as DNA building blocks to construct copies of the sequence.

While both the above are important there are two key ingredients: taq polymerase and primers.

Polymerase is an enzyme that builds DNA strands and is used by living cells to replicate DNA when cells divide. The problem is that, once DNA is outside the human body the easiest way to unravel the DNA helix is to heat it up, and most polymerases fall apart at those high temperatures.

“Taq DNA polymerase is a shorthand for a DNA polymerase enzyme that came from a very heat-resistant bacteria called Thermus aquaticus,that was found in hot springs,” says Mackay.

“So, they found a bacteria that could survive at these really ridiculous temperatures and then used that particular enzyme to make copies of DNA at very high temperatures.”

“PCR has had a huge positive impact on preventing death in countries like Australia.”

Then there are the primers and fluorescent probes. Each primer and corresponding fluorescent probe are meticulously designed to seek out a tiny section of the SARS-CoV-2 genome and ignore everything else. This is what makes PCR so versatile – as long as you know what sequence you’re looking for it works on everything from humans to amoeba.

Once all the ingredients have been added, the test tube is added to the thermocycler and the magic begins.

If there’s any virus genetic material in the sample – dead or alive – the reaction will start amplifying it, and the florescent probes will attach to the copied genetic material and begin fluorescing. The thermocycler shows a positive result once it has amplified the signal enough to detect the florescence.

PCR has been an instrumental technique during the COVID-19 pandemic, but it’s been a workhorse of biology for decades before that.

Tiny samples of DNA from a crime scene that once could never have been detected can be amplified and compared with DNA from suspects or a DNA database.

“They found a bacteria that could survive at these really ridiculous temperatures and then used that particular enzyme to make copies of DNA at very high temperatures.”

Researchers have designed primers that look for antibiotic resistance in bacteria and doctors use PCR to test for tiny concentrations of malaria in the blood.

Scientists are even able to do PCR on novel viruses long before they’ve seen what they look like. Once a newly discovered virus has been sequenced, a well-designed PCR test allows the researchers to find more of the virus to eventually grow it in a lab and characterise it.

Ancient DNA is another field in which PCR was instrumental. Paleogeneticists retrieve and analyse genomes that are thousands of years, or more, old such as Egyptian mummies and creatures found in permafrost.

“However, PCR technique is no longer used in ancient DNA as it has many drawbacks and got replaced with second generation sequencing.”

Wasef explains that because ancient DNA is so highly damaged, it made it hard for PCR to amplify the small fragments.

“The ancient field benefited enormously through the development of the PCR technique.”

There’s also the obvious problem – you need to know at least a small section of the genetic sequence before you can do a PCR analysis. This is great if you want to quickly and easily check if your sequence is in the sample you’re testing, but not so ideal if you’re looking at something completely new.

This isn’t an issue with the incredibly well sequenced SARS-CoV-2 genome, and it can even be a bit of an advantage. Not all labs or countries use the same primers and probes and the discovery of the ‘UK strain’ of the virus was due to a lab realising that one of their target sequences was no longer being picked up by the test.

The new strain was quickly genetically tested and the UK raised the alarm.

COVID-19 may have put the spotlight on PCR, but for doctors, scientists and researchers, the reaction has been a trusty workhorse for decades. The silver lining of COVID-19 is that one day the general public might see PCR the same way.

Originally published by Cosmos as PCR: the reaction that changed biology