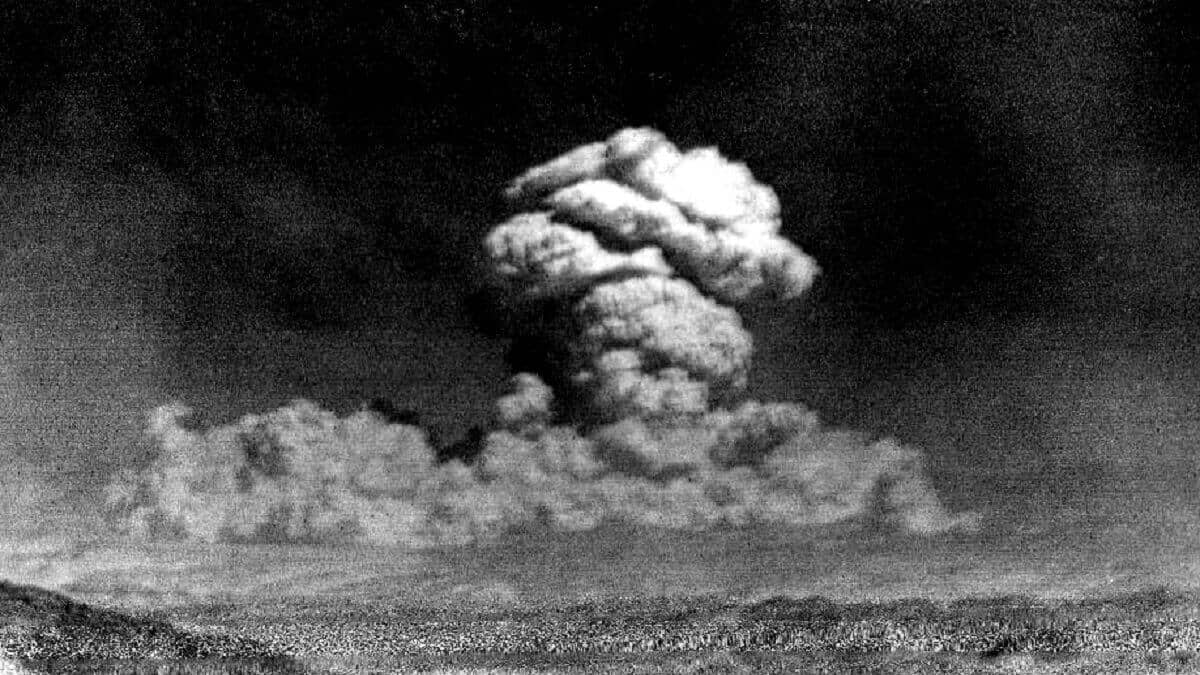 A nuclear test in Nevada, US. Australia hosted a number of nuclear tests, particularly from the British at Maralinga.
More on:
Monash University

In the 1950s and 60s, hundreds of nuclear tests were carried out at Maralinga in western South Australia, releasing radioactive plutonium and uranium particles that can still be detected in the area today.

A study from Monash University in Melbourne has now examined plutonium particles from the blasts to find they’re more complicated than initially thought. This has implications for how they behave in the environment, although these implications are still unclear.

“The British detonated nine nuclear bombs and conducted hundreds of nuclear tests in outback South Australia between 1953 and 1963,” says Megan Cook, a PhD student at Monash and lead author on a paper describing the research, published in Scientific Reports.

“The resulting radioactive contamination and cover-up continues to haunt us.”

But the effects of radioactive particles in the environment are still poorly understood. Study of these particles is “one of those things we don’t have an international best practice for,” Cook says.

“The results of our study profoundly change our understanding of the nature of hot particles at Maralinga – despite the fact that those were some of the best-studied particles anywhere in the world,” says Vanessa Wong, a professor at Monash and co-author on the paper.

The researchers collected six radioactive particles, each a few hundred micrometres across (about the size of a grain of dust), from the Maralinga site. They used a synchrotron in the UK to examine their chemical and physical make-up, and an ion beam at Monash to look at them in further detail.

Cook says that identifying radioactive particles from a contaminated site takes “a lot of patience”.

“There were some bulk soil samples taken from Maralinga when the clean-up was done by the Australian Radiation Authority [now ARPANSA],” she says.

Identifying the six particles took “sifting through those samples with a very small alpha detector, which detects the alpha radiation which is emitted by the particles. It’s almost like a metal detector but it’s for radiation.”

Then, once there was a centimetre-sized section of soil identified that might have a radioactive particle in it, the researchers would find it by “getting under a microscope, with a bit of needle and some tweezers”.

“We found that the particles contained low-valence plutonium-uranium-carbon compounds that are typically highly reactive, yet had been stabilised in the hot-particle matrix for nearly 60 years,” says Barbara Etschmann, a researcher at Monash and co-author on the paper.

The complexity of the particles came from the way they cooled after the atomic explosions.

“This has changed the way that we think about hot-particle contaminated sites,” says Cook.

The authors say that it’s hard to tell how these complex particles will behave at Maralinga. “It is notoriously difficult to predict the long‑term environmental behaviour of hot particles,” write the authors in their paper. They urge more research to understand how the radiation at the site has behaved.

“We don’t know everything that we need to know yet,” says Cook.

“Understanding the fate of hot particles in the unique setting of the Australian outback is critical for securing Australia in case of nuclear incidents in the region, and returning all the native land affected by the British tests to the traditional Anangu owners of the Maralinga Tjarutja lands,” says co-author Joël Brugger.