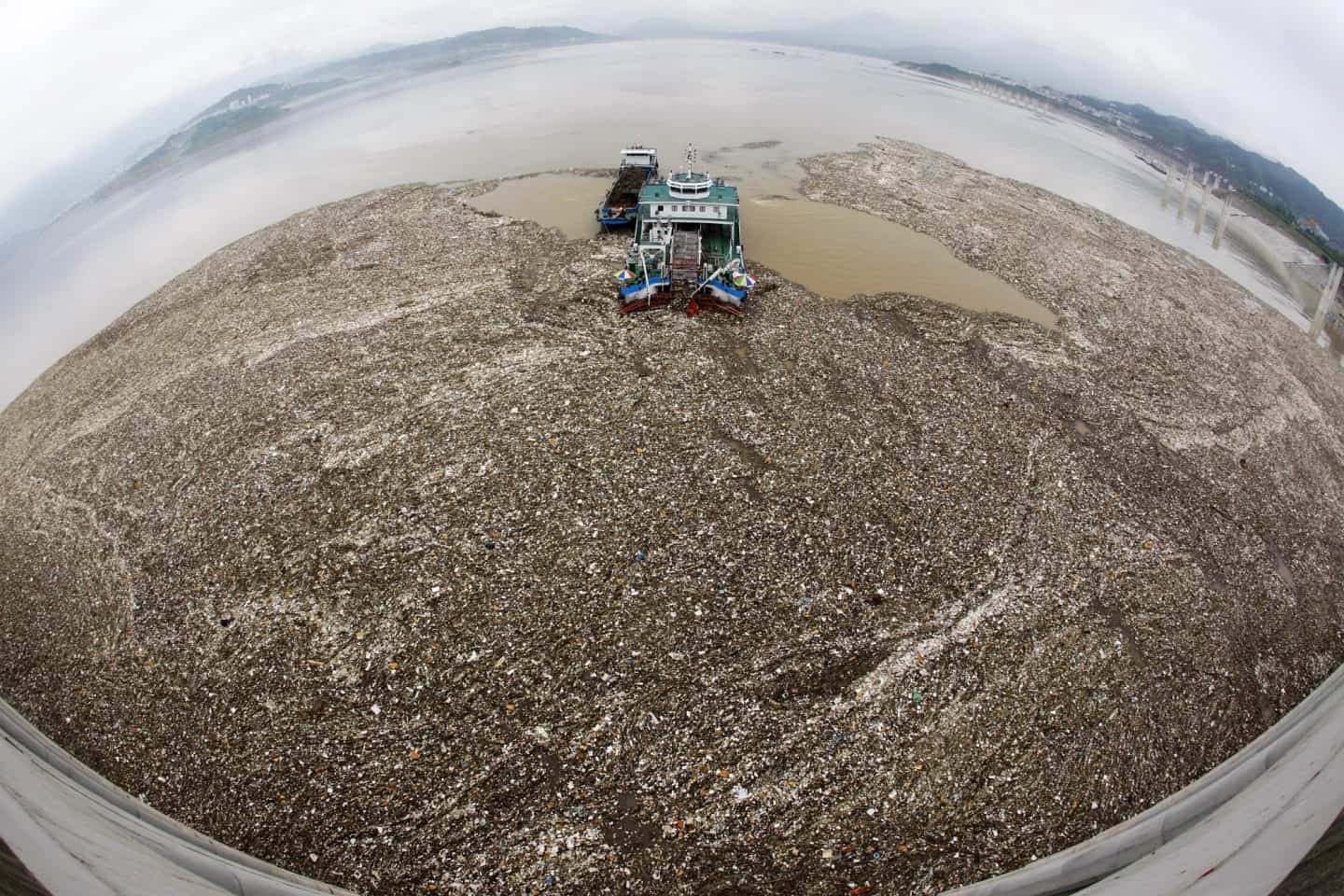 Just 10 rivers – eight of them in Asia – may be responsible for dumping almost four million tonnes of plastic into the seas every year.

Calculating with precision the source and amount of plastic trash in the oceans is difficult; estimates tend to cover wide ranges. Previous research has found about one-fifth of total ocean plastic trash comes from marine activities – plastic tossed from fishing boats, ships, drilling platforms and so on. The four-fifths from land totals 4.8 million to 12.7 million tonnes a year.

While most plastic comes from coastal cities and towns, where plastic litter is washed into storm drains and flows into the sea, new research by scientists from the Helmholtz Centre for Environmental Research and the Weihenstephan-Triesdorf University of Applied Science, both in Germany, highlights the importance of better management of upstream systems to reduce the significant proportion of plastic transferred via rivers.

Their paper, published in the journal Environmental Science and Technology, calculates that rivers contribute between 410,000 and 4 million tonnes a year to oceanic plastic debris, with 88 to 95% coming from only 10.

Those rivers are the Yangtze, Yellow, Hai He, Pearl, Amur and Mekong in east Asia, the Indus and Ganges Delta in south Asia, and the Niger and Nile in Africa.

The researchers note that making more precise estimates of how much plastic is ending up the oceans is bedevilled by unknowns including the “missing plastic” problem − the mismatch between the large estimated plastic inputs into the sea, based on what is known about plastics produced, used, recycled and dumped in landfill, and the amount actually observed in the water, as plastic concentrations in different parts of the ocean can differ significantly.

The researchers used a similar methodology employed in an earlier study, published in Nature Communications, based on work by researchers from the Netherlands-based Ocean Cleanup project. This study calculated 1.15 to 2.41 million tonnes of plastic waste is now entering the ocean every year from rivers; 67% of the global total, they suggested, came from the top 20 polluting rivers.

The German team, led by Christian Schmidt of the Helmholtz Centre, compiled a larger data set – analysing plastic concentrations in 240 individual samples from 79 sites covering 57 rivers. They also classified plastic particles into those smaller or larger than five millimetres in size, and treated each cohort separately to make their calculations.

The scientists conclude that, given only a few river catchments contribute the vast majority of the total plastics load, targeted mitigation measures would be highly efficient. “Reducing plastic loads by 50% in the 10 top-ranked rivers would reduce the total river-based load to the sea by 45%,” they state.