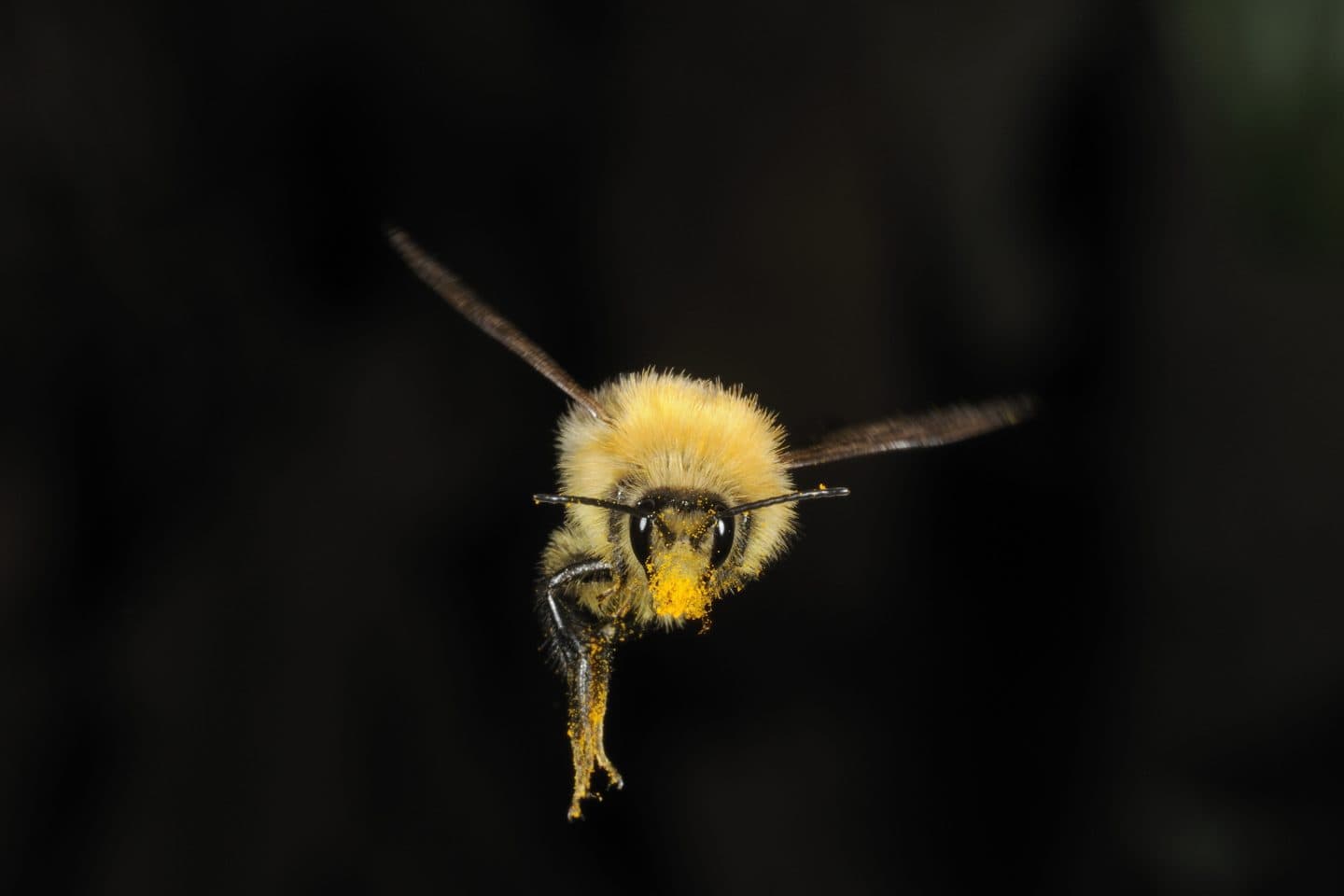 Bees can be left- or right-handed, researchers at the University of Queensland in Australia have discovered.

In a paper published in the journal PLOS One, the scientists, led by Marielle Ong of the university’s Queensland Brain Institute, also demonstrate that honeybees can discriminate between the sizes of two apertures while travelling towards them and choose the larger one through which to pass.

This behaviour, the researchers suggest, indicates that the insects select for passages – through foliage, for instance – that carry less risk of injury.

Ong and her colleagues conducted a battery of tests with bees, using a variety of two-aperture screens. Where the two holes differed in size, the bees, on average, opted for the larger one – a tendency which increased sharply as the size differential increased.

When all flights by all bees were averaged, there was no bias towards the left or right hole.

Looking at repeated flights by individual bees, however, revealed a different pattern. Some 55% each chose the left or right hole roughly an equal amount of times. But the remaining 45% showed distinct bias – split equally between those that favoured the left hole, and those that preferred the right.

The bias remained even when the two holes were of different sizes. The researchers note that “transit time was longer if a bee’s intrinsic bias forced it to engage with the narrower aperture.”

Ong and her team note that the research is the first to show definite handedness in individual bees. They suggest that the distribution of this type of bias is advantageous to the colony as a hole, because it is helpful in “facilitating rapid transit of a group of bees through a cluttered environment, without any centralised decision-making or control”.