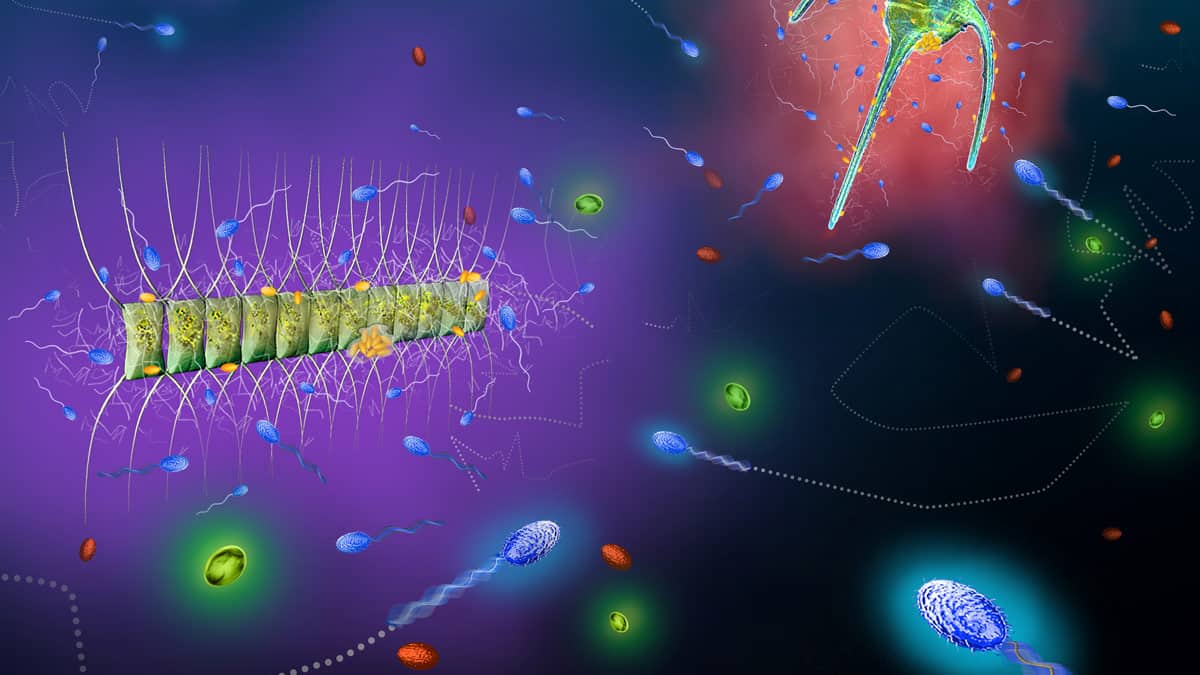 For about 40 years scientists have known that bacteria are able to swim. But it took eight years of research for Dr Jean-Baptiste Raina to discover that this is a skill they actively use in the ocean, and they use it to find their favourite food.

Raina, a microbial ecologist at the University of Technology Sydney, and his team have published their finding today in the journal Nature.

“There’s close to five million bacteria cells in every teaspoon of sea water – a huge density of cells,” Raina says.

“The fact that bacteria swim and that they can respond to their favourite food is a big deal because of the sheer number of bacteria in the ocean,” he says.

How do you track bacteria swimming in the ocean?

To make their discovery, Raina and his team had to conceive a way to observe bacteria in the open ocean. To this end, they created a credit card-sized piece of plastic with small wells in it – an invention dubbed ISCA (In Situ Chemotaxis Assay). Despite its apparent simplicity, ISCA is an elegant and sophisticated piece of scientific equipment.

Each well is filled with a different food source before the card is put in the ocean. The food sources are made of different photosynthetic algae species savoured by bacteria. The chemical signatures of those algae then spread through the water.

Just like sharks smell and swim towards blood, bacteria detect these chemical signatures and come swimming. Once lured to the well, the bacteria are trapped using a technology called microfluidics. Raina can then retrieve the plastic card and see which bacteria went to which food source.

While many of us associate bacteria with scary pathogens, Rainer emphasises that most ocean bacteria are harmless. But they do influence the ocean’s carbon cycle, nitrogen cycle, and the production of gases that impact the atmosphere.

Raina says that his work will help inform they way that ocean processes are modelled, including the creation of climate models.

Bacteria have been factored into these models for decades, but being able to get a better sense of their behaviour will make the modelling more robust.

“Adding this specific information can really fine-tune these models,” he says.

Originally published by Cosmos as Bacteria are picky eaters, and will swim to find a satisfying meal Zoe Kean is a science writer and communicator based in lutruwita/Tasmania. She has a focus on evolution, ecology and the environment.