One is linear and the other circular, one underground and the other outside, one opened just 12 months ago, the other has been operating for years – but together they comprise one of the world’s largest science facilities. Their names are European XFEL and DESY, and they are located not far from the famous harbour of Hamburg in Germany.

The European XFEL is a collaboration between 11 countries. The acronym stands for X-Ray Free-Electron Laser. It is the world’s largest and most powerful device able to generate ultrashort laser X-ray light flashes.

X-rays are electromagnetic waves, similar to radio waves, microwaves, or visible light, but with a much shorter wavelength.

Conventional optical microscopes cannot see objects smaller than the wavelength of visible light, but X-rays detectors exploit their shorter wavelengths to “see” matter down to an molecular level of detail.

What are Free-Electron Lasers, or ‘FELs’? In conventional lasers light is emitted by the electrons of excited atoms. Since these electrons are bound to specific levels of atomic energy, this kind of device can produce light only at pre-determined wavelengths. In FELs, instead, light is emitted by electrons that are stripped from their atomic bounds.

The wavelengths at which they can emit are determined by their velocity, so in principle can produce light at any band in the electromagnetic spectrum.

To generate X-ray flashes, bunches of electrons are first accelerated to high energy and then directed through special arrangements of magnets called “undulators.” The accelerated particles emit radiation that is increasingly amplified until an extremely short and intense X-ray flash is finally created. Undulators can be arranged in several ways to generate flashes with different characteristics.

The European XFEL generates its intense X-ray flashes – typically lasting between a few tens and a few hundreds of femtoseconds, or quadrillionths of second – through high-energy electrons from a super-conducting particle accelerator.

The device comprises a tunnel 3.4 kilometres long and was built over the past seven years by a consortium of 17 research institutions. The project was led by scientists at the Deutsches Elektronen-Synchrotron (DESY), which is located at the other end of it.

The accelerator releases up to 27,000 flashes per second, each with a brilliance that is a billion times higher than that of the pulses made by DESY itself, which was considered the best source for X-ray radiation before the development of free-electron lasers.

This is important, because with its extraordinarily bright, highly energetic and extremely intense X-ray flashes, the European XFEL will yield new insights in a wide range of research fields.

For instance, it will enable scientists to take 3D images of nanoparticles, to produce images of viruses and biomolecules at atomic resolution, and investigate how materials behave under the extreme conditions that reign deep within giant gas planets or stars.

The high number of flashes per second will also make it possible to film chemical reactions in super-slow motion.

The “first lasing”, or the first laser light, was produced at the beginning of May 2017, delivering one X-ray flash per second. The European XFEL started user operations in September the same year, attracting research teams from all over the world. 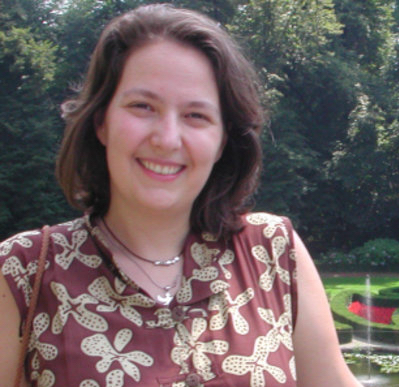