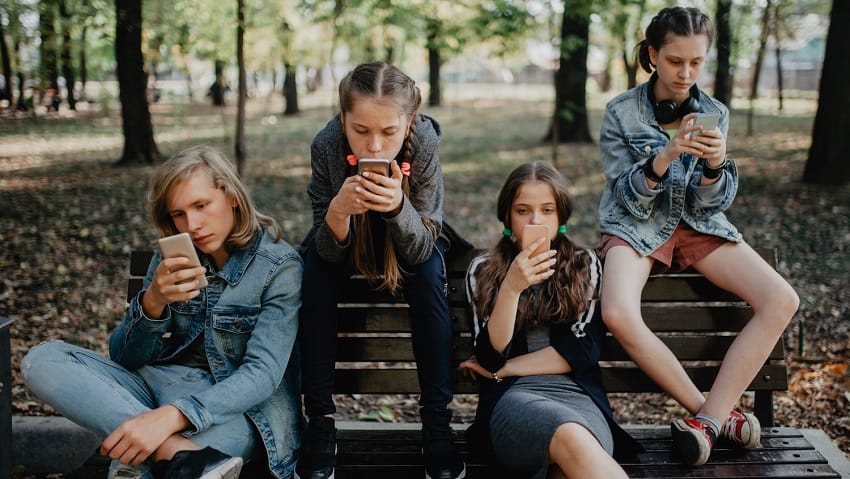 Don’t worry, things probably won’t be like this for the rest of their lives. Credit: 3photo / Getty Images

It’s common for people “of a certain age” to bemoan the self-centredness of today’s teenagers, but they do tend to grow out of it with life experience, according to a study published in the journal Psychology and Aging.

There’s even hope for modern teens obsessed with selfies and materialism (known as “Generation Me”) says William Chopik from Michigan State University, US, who points to research suggesting they are no worse than previous generations.

In fact, he adds, you can find people as long ago as 700 BCE “lamenting at how narcissistic today’s kids are”.

But what happens to them as they grow up? Chopik found a paucity of research investigating how narcissistic tendencies – being full of yourself, sensitive to criticism and imposing your opinion on others – change over time.

He and co-author Kevin Grimm, from Arizona State University, decided to find out. In a longitudinal study, they analysed six developmental cohorts comprising 747 participants born between 1923 and 1969 and followed from ages 13 to 77.

Importantly, they separated different forms of narcissism, as some traits – such as autonomy and having high aspirations for one’s self – can have adaptive benefits.

The most striking finding, says Chopik, was that maladaptive narcissism declined dramatically across the lifespan. Conversely, autonomy increased, trends that make sense as people grow through life events, he notes.

“Oftentimes, life experiences, jobs and relationships have a tendency to change our priorities as we age, and that’s what we think we’re seeing here.

“When life happens and you’re forced to accept feedback, break up with someone or have tragedy strike, you might need to adjust that you’re not as awesome as you once thought.”

Essentially, people will soon find that self-centredness doesn’t fare well if they want to be successful in their jobs or have close relationships and will mature accordingly, becoming more responsible and considerate of others.

Of course, everyone’s different, Chopik says. Some people’s narcissistic tendencies declined quite dramatically, and they became quite humble, while others didn’t change much at all.

Surprisingly, and contrary to popular belief, people born earlier in the century started out with higher levels of hypersensitivity and wilfulness than later-born cohorts, who also showed higher autonomy – although the jury is out on more recent groups.

“There isn’t much data on older generations,” Chopik says, “but now that Baby Boomers are aging into that phase of life, it’s a huge part of the population that we need to be looking at.”

As far as selfies and materialism, he thinks they are specific to the era we live in.

“I like to do a thought exercise where I envision giving a smartphone, a modern magazine, or social media to someone from the past – say someone who was a teenager in the 1970s. Do they exhibit the same tendencies?”

We have no way of knowing with today’s young adults, who are the boomers’ babies.

The world is gingerly navigating unchartered territory with the explosion of technology, information and social media, entangled with a drive to improve children’s self-esteem, which many contend has made millennials more narcissistic than any preceding generation.

However, the research that suggests generations haven’t changed does offer some hope, says Chopik.

“I would say that it’s a bit normal to think that young people can sometimes be a bit self-centred. But the truth is, we all were.”

Or, as Brent Roberts argues, “Every generation is Generation Me”, leading to “the obvious conclusion that finding young people to be narcissistic is an aging phenomenon, not a historical phenomenon”.

Originally published by Cosmos as There’s hope for narcissistic teens