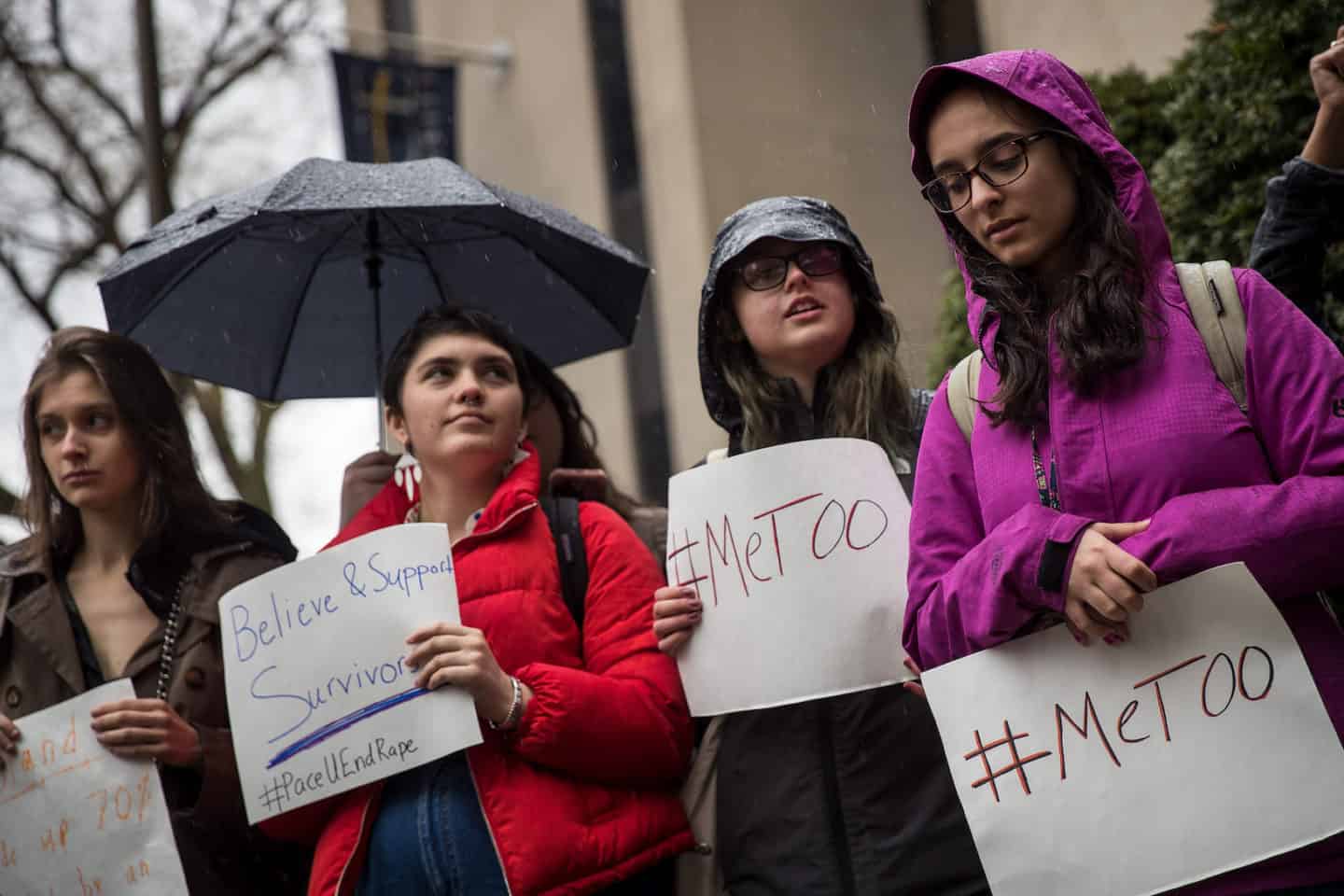 Sexual assault prevention information that focusses on advising women how to behave and dress leads to an increase in victim blaming and a shift in perceived responsibility away from male perpetrators.

Jago and Christenfeld’s conclusions add carefully measured weight to increasing calls for a dramatic shift in conversations around sexual assault, moving away from approaches that imply certain modes of presentation mean the victim is in some way culpable.

The pair launched their research in an effort to resolve a policy mess confronted by many US colleges and universities. In response to an increase in sexual assaults occurring on campuses, in 2013 Congress passed the Campus Sexual Violence Elimination Act.

The legislation requires every tertiary institution to meet several benchmarks in relation to student safety as a prerequisite for funding. One of these is to provide campus-wide prevention and education programs.

However, the nature and content of such programs is nowhere specified. As a result, many institutions have framed their efforts around advice aimed squarely at women. This includes warnings not to dress provocatively, behave flirtatiously, accept lifts or walk through poorly lit areas after dark.

This approach – however well-meant – has generated anger among women, who suggest, quite reasonably, that sexual assault prevention programs should really target men, by telling them not to rape.

“Some campus officials argue that it is reasonable, even obligatory, to provide at-risk groups with advice that minimises their risk,” Jago and Christenfeld write.

“On the other hand, those who object to the victim-focused approach argue that providing advice on how to avoid victimisation may increase victim blaming because it suggests that there are things victims could have done to prevent their assault.”

To test the arguments from both perspectives Jago and Christenfeld set up five studies, each involving between 70 and 400 male and female volunteers. Four of the studies were in the form of seminars that delivered sexual assault risk-avoidance advice in different ways. The fifth, functioning as a control, focussed on risk-avoidance advice to lessen the likelihood of having a laptop computer stolen.

After each seminar participants were given a questionnaire designed to measure what degree of moral responsibility should be borne by sex assault (or theft) victims who failed to abide by the behavioural instructions given.

In three of the four sexual assault seminars, providing advice on dress or behaviour increased levels of victim blaming. The degree of victim blame expressed was not influenced by the gender of the interviewee.

However, in the fifth study, victim blaming did not increase after behaviours said to reduce the likelihood of computer theft were suggested.

At the heart of the blame arising from the sexual assault seminars, the researchers suggest, is the notion of control. Women can increase or decrease their chances of being assaulted – the logic runs – by adopting or ignoring certain protocols. Therefore, the chances of being assaulted is something that potential victims can control, and failure to do so therefore increases culpability.

Such reasoning, of course, is specious – but that doesn’t make it less pervasive.

“Across studies, the various effects on victim blaming were generally accompanied by shifts in perceptions of the victim’s control,” the researchers write.

“Such effects suggest that the risk of emphasising steps the victim can take is that it will shift responsibility from the perpetrator – the one actually responsible for the crime – to the morally blameless victim.”

This effect was graphically illustrated recently in the Australian city of Melbourne (where Cosmos is based) following the rape and murder of a young woman in an inner-city park.

Police responded rapidly and urgently to the crime, urging the general public via media and social media to report sightings of the alleged perpetrator. The man was quickly apprehended. However, senior police figures also broadcast advice to women, urging them to take steps to protect themselves by considering how they dressed and where they walked.

The strategy, however well intentioned, backfired and caused outrage among women and many men.

The state premier, Daniel Andrews, quickly entered the argument, effectively slapping down his own police force.

“Go out with friends at night,” he said, addressing women. “Or don’t. Go about your day exactly as you intend, on your terms. Because women don’t need to change their behaviour. Men do.”

Many researchers and activists maintain the only way to genuinely reduce sexual assaults in any society is to switch focus and act on male rather than female attitudes.

This approach involves tackling a number of predominantly male-endorsed positions, including the glamorisation of rape and domestic violence, the portrayal of violence against women in popular culture, and getting rid of the notion that only “certain types” of women fall victim to assault.

Jago and Christenfeld’s work was not designed to test such a strategy, and sought only to assess levels of victim blaming arising from existing approach.

Perhaps interestingly, however, one of the seminars they staged resulted in significantly reduced levels of blame being accorded. It was one in which behavioural risk avoidance messages were couched in terms that did not imply women following specific protocols could control their assault risk – and also did not, by default, reduce the culpability of perpetrators.

Typical of the advice given in this seminar were the statements: “Although clothing that generally attracts attention may also attract the attention of potential assailants, there is no way to dress that eliminates the risk of sexual assault,” and “Drinking alcohol increases one’s risk of sexual assault, however, being sober does not prevent one from becoming victimised.”

“The results suggest it is possible to provide practical advice without increasing victim blaming if one couches the advice in a broader context to avoid exaggerating the victim’s control,” the authors conclude.