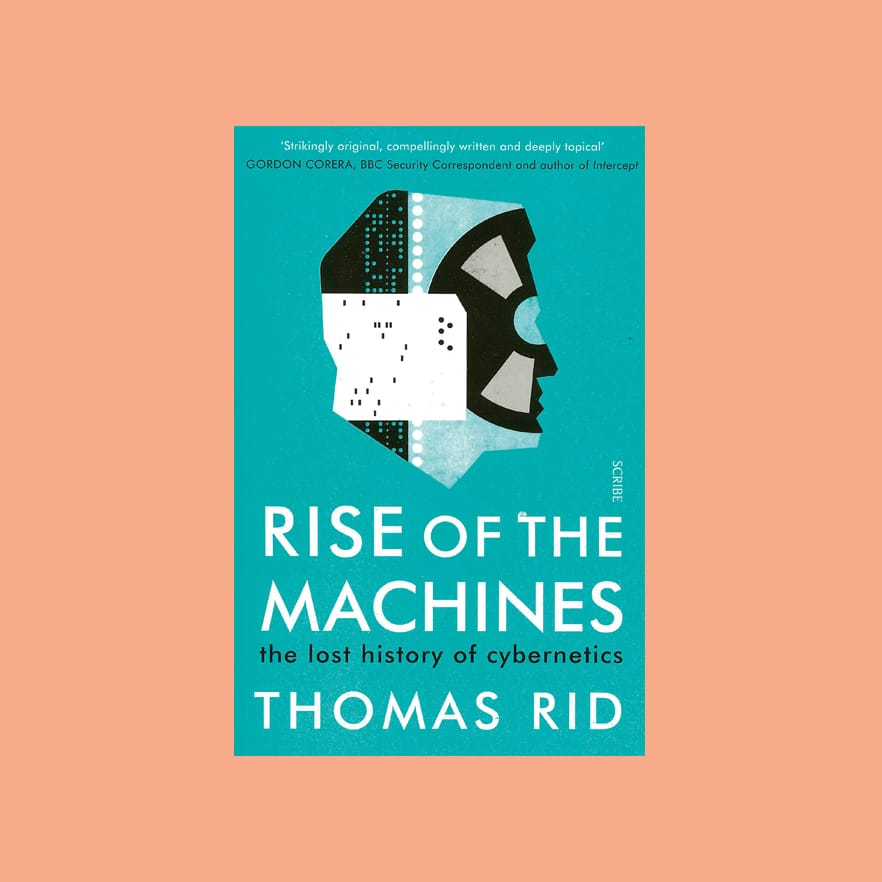 NON-FICTION Rise of the Machines: the lost history of cybernetics by Thomas Rid Scribe Publications (2016) RRP $35.00 AS

With Digital vs Human, the recent book by futurist Richard Watson, war studies professor Thomas Rid’s Rise of the Machines takes a look at our relationship to technology.

But where Watson’s book is a practical look at the near future extrapolated from the bleeding edge of software and device science, Rise of the Machines takes a more philosophical approach to investigate how we got here. Even though most of the early chapters chronicle the history of the term “cybernetic” and all it entails, it’s less history than a cultural barometer for how the cyber age has shaped the world – and will for the foreseeable future.

Such as it is, the book seeks to untangle the term “cyber” by scrutinising its history. As Rid says in the introduction, “The word refuses to be either noun or prefix. Its meaning is equally evasive, hazy and uncertain. Whatever it is, it is always stirring, it is always about the future, and it always has been.”

The prism he looks through is the birth and growth of the cybernetics movement, and much of the first half of the book concerns itself with history. We learn about the effort to use computing machines to better aim large artillery in the Second World War, and how the movement then flowered into the work and theories of postwar-era computer scientist Norbert Wiener and his contemporaries.

A lot of this history (Turing, von Neumann) is stuff you’ll know if you’ve read much about the history of computers, but Rid draws a path directly from the heady postwar days to more recent thought such as merging machines with humans.

There’s not much in Rise of the Machines that concerns itself with practical applications or prediction. It’s more about wondering what our relationship to machines means – or should mean. In one of several enlightening passages, Rid writes: “What if a mechanic with an artificial arm is trying to repair an engine? Is the arm part of the organism that is fiddling with the car engine? Or is the prosthesis part of the machinery that the man is trying to control?”

Throughout there is a seam of nervous tension that only breaches the surface a few times. Technology and machinery, Rise of the Machines reminds us, have long promised to either deliver or destroy us. As a question posed early on asks: “How much risk are advanced societies taking by delegating ever more control into the virtual hands of ever more networked and seemingly ever more intelligent machines?”

Originally published by Cosmos as Book: Rise of the Machines