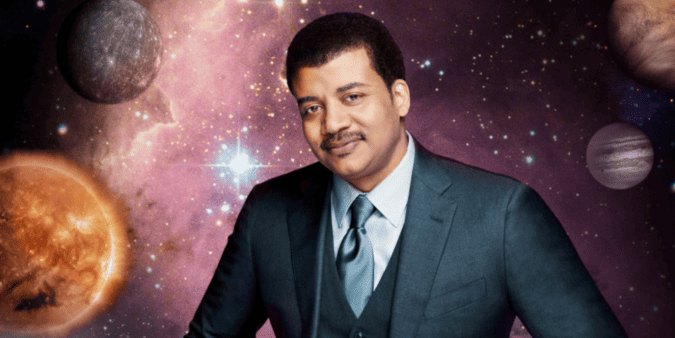 The US National Academy of Sciences is presenting its 2015 Public Welfare Medal to astrophysicist, cosmologist, author, and science communicator Neil deGrasse Tyson in recognition of his “extraordinary role in exciting the public about the wonders of science, from atoms to the universe”.

“Through just about every form of media available, Neil deGrasse Tyson has made millions of people around the world excited about science,” said Susan Wessler, home secretary for the National Academy of Sciences and chair of the selection committee for the award.

“Ultimately, the success of science depends on the public’s understanding of its importance and value. Neil masterfully conveys why science matters – not just to a few, but to all of us.”

“At a time when science is often misunderstood or ignored, Neil deGrasse Tyson is truly its most visible and most recognisable advocate,” said National Academy of Sciences President Ralph J. Cicerone.

“By personably and skillfully explaining the significance and the thrills of scientific discoveries, Neil has captured the public’s imagination like no other scientist alive today. We are pleased to present him our highest award.”

Tyson was born in New York, graduating from the Bronx High School of Science. He earned a bachelor’s degree in physics from Harvard University and a Ph.D. in astrophysics from Columbia.

He took over directorship of the Hayden Planetarium in 1995, where he played a key role in the design of the world-class Rose Center for Earth and Space. Tyson also hosted “NOVA Origins” on PBS and was executive producer and host of “NOVA scienceNOW” for several seasons.

Most recently, Tyson was editor and presenter of Cosmos: A Spacetime Odyssey, a 13-episode, Emmy-nominated TV series that was a remake of previous Public Welfare Medal recipient Carl Sagan’s landmark 1980 television series.

The award will be presented at a ceremony in April.