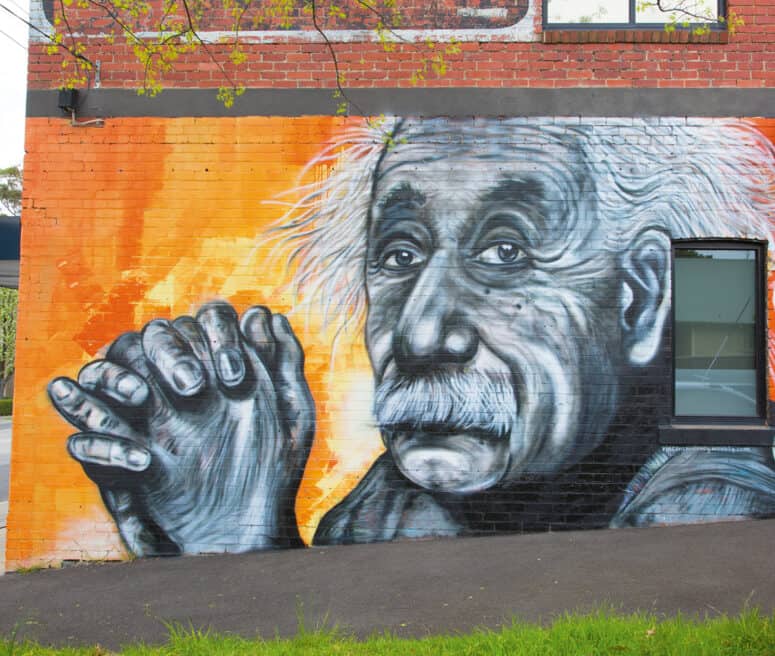 Science and art sit at opposite ends of the spectrum of human inquiry.

Science is objective, collaborative and continually changing, as theories are supported or refuted by evidence. It relies on a combative culture to tear down faulty logic and dodgy data.

Art is subjective. It is the expression of an individual’s innermost space and relies on a sympathetic culture for the artist’s work to engage and resonate with an audience.

Yet there are commonalities. Both are engaged in an exploration of our world, and they have always crossed paths.

Science has traditionally turned to artwork to bring its new findings to life.

Take Santiago Ramón y Cajal, a Spanish pathologist who won the Nobel prize in 1906. He turned to art to overturn prevailing views on brain science. His exquisite ink sketches showed that brain circuitry was not a series of connected wires, as thought at the time. Rather, there were mysterious gaps – synapses – between the ends of the wires.

Ernst Haeckel, another artist-scientist of the 19th century, championed Darwin’s ideas in his very beautiful drawings of plants and animals.

In the 20th century, biologists James Watson and Francis Crick were sure DNA must carry the code of life. But how? Only by building a model were they able to see. Likewise, scientists trying to understand the operations of the nanomachines we know as proteins rely on images drawn by X-rays. Palaeontologists rely on artists to put flesh on their dry bones and theories. Botanical artists are still called on to illustrate clearly the fine features that differentiate a new species.

NASA is always getting artists to represent its data. Astronomers’ computer screens show squiggles on a graph. Artists get into the minds of astronomers to show us what they really see. Take a look at the artwork throughout this issue (and treat yourself to the animations online) showing the collision of a pair neutron stars, detected for the first time in 2017. The art makes it real.

In this issue we exhibit works by artists for whom science is the muse. Their works range from the confronting to the sublime. Patricia Piccinini, for example, compels us to examine how scientific advances are shifting moral lines in the sand. Xavier Cortada’s triumphal banners pay homage to nothing less than the discovery of the “God particle”.

Art and science also cross paths in a bizarre way in the profile of humanoid robotics engineer Hiroshi Ishiguro. Compare his story to Piccinini: artist and roboticist are both exploring the boundaries of what makes us human.

The Cosmos team has been enthralled and enraptured exploring the space between art and science. We think you will be too.

This editor’s note is from the latest issue of Cosmos Magazine, 77 – Summer 2018! Discover more, subscribe and download a PDF version to start reading now!

Originally published by Cosmos as The enthralling space between art & science