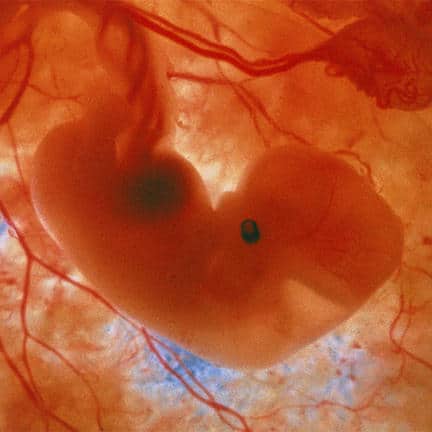 Super crops and healthy productive farm animals; mosquito populations controlled without pesticides; a cure for cancer … This fantasy world has loomed since the 1970s when we first learnt how to edit DNA, the code of life.

But the technology to do so turned out to be cumbersome, costly and unreliable. The failure rate in animal tests was so high that fixing a person’s genetic disease became out of the question.

This began to change with the discovery of proteins purpose-built to modify DNA: so-called zinc finger nuclei in the 1990s and TALENS in 2009. The success rate climbed high enough to start clinical trials: zinc finger nuclei were used to make human immune cells resistant to HIV, and TALENS was used to repair the gene that causes Severe Combined Immunodeficiency (SCID).

And then scientists uncovered a new DNA-editing strategy in bacteria, used to edit out invading viruses. It was a modular system composed of proteins and RNA, termed CRISPR. And like all modular systems, it offered amazing versatility. The protein module (CAS 9) was a missile that destroyed DNA. The variable RNA module provided exquisite guidance.

Suddenly, the prospect of gene therapy moved to the fast track.

Too fast! The precision, ease and affordablity (a CRISPR-CAS 9 kit costs $100), worried University of Berkeley scientist Jennifer Doudna, co-discover of the technique. She led a group of 18 – including scientists who use CRISPR and two ethicists – to pen a letter to Science magazine in March. They recommended steps be taken to “strongly discourage …  attempts at germline [embryo] genome modification for clinical application in humans, while societal, environmental, and ethical implications of such activity are discussed among scientific and governmental organisations”.

Biotechnology researchers imposed a moratorium on genetic engineering at the 1975 Asilomar Conference on Recombinant DNA. The US Recombinant DNA Advisory Committee, which reviews every proposed clinical trial of gene therapy (and of which I am a member) was also established at this time.

This was once the stuff of science fiction. No longer.

“Germline” genetic modification is code for engineering embryos. It has been rejected by  every political, religious and ethical body that has considered it. In Australia and much of Western Europe, it is legally banned. The US does not have a legal ban. US companies such as OvaScience in Massachusetts, experiment on human egg cells and embryos with a view to eliminating disease genes.

This was once the stuff of science fiction. No longer. The week after Doudna’s letter to Science, Chinese scientists reported they had attempted to correct beta thalassemia, a blood disease, by using CRISPR to edit the defective gene in human embryos. They deflected some criticism by using embryos rejected by an IVF lab (because they had been fertilised by two sperm) that would never be implanted in a womb.

But CRISPR did not live up to its reputation. It worked on only a fraction of the 86 “edited” embryos. In other cases random sections of DNA were altered which would have disastrous consequences for the embryo. Despite this failure the Chinese and the US are continuing to refine the technique.

What would it mean to eliminate the Tay-Sachs mutation, a fatal childhood disease, forever? Or to make babies without cystic fibrosis? George Church at Harvard cites a list of 10 naturally occurring beneficial genetic variations we might give to babies. They include extremely hard bones, resistance to cancer, HIV and Alzheimer’s and insensitivity to pain. Philosophers, theologians and lawyers have had three decades to ponder such claims. Many of our fears have proved wrong: genetically altered E. coli have not escaped, and all those containment labs for early genetic research now seem silly. This time, the genetic modification of embryos may be real, and in time, safe and available to prospective parents. Now is the time to think about the questions this raises.

I suspect we would reach the same conclusions we did 30 years ago: our knowledge of unforeseen consequences is too poor; our capacity for greed and narcissism too strong; our society already too unjust to begin to design babies to a spec sheet.