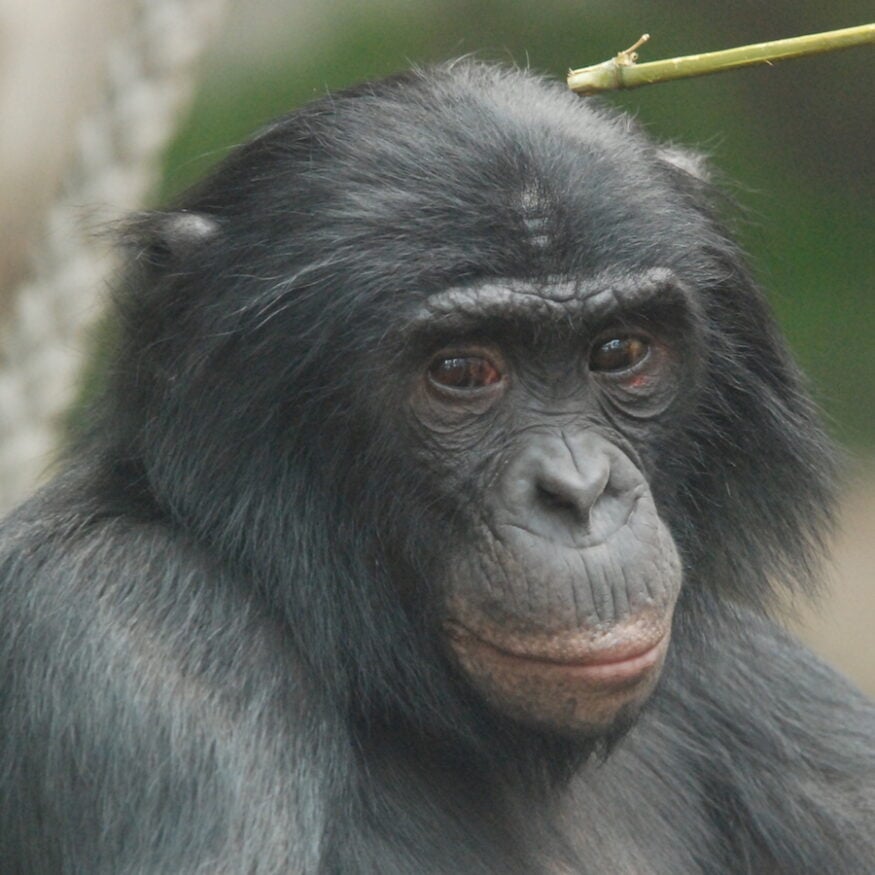 Can apes tell if a person is being duped? A study published in Science suggests they can.

Christopher Krupenye from Duke University in the US and colleagues gave chimpanzees, bonobos and orangutans tests to see if they showed Theory of Mind – that is, the ability to attribute mental states like beliefs, knowledge and even pretending to itself and others.

They found each species could recognise false beliefs in other, which Sonia Kleindorfer, a zoologist at Flinders University in Adelaide, Australia and who was not involved in the study, calls “a remarkable development for non-human Theory of Mind”.

Until now, humans were the only species considered to have this capacity.

Krupenye and his colleagues used a test originally developed for human infants called an anticipatory looking test. It’s perfect for animals as it doesn’t require speaking – just eye movements – to gain insight into the individual’s thoughts.

A group of apes watched short videos on a monitor. The clips showed a person watching as an item was hidden in somewhere in a cage by an actor in a gorilla suit.

The apes then observed the gorilla-suit-clad actor take the item from the hiding spot and move it to another location.

Half the time, the person was present to watch the actor in the gorilla suit move the item. The rest of the time, they were absent, so when they re-entered the room they were none the wiser.

Throughout the experiment, Krupenye and his crew monitored the apes’ eye movements with a non-invasive infrared eye-tracker.

Their results showed that 17 of the 22 apes tested were able to correctly anticipate, through their eye gaze, that the person would go to the wrong location to search for the object if it was moved without them knowing.

Very young children and many people with autism, on the other hand, would guess the person would look in the new hiding place – because they’re unable to see the world through another person’s eyes.

Krupenye and his team argue that this strongly suggests that apes are capable of understanding the scenario from the person’s point of view.

This is, they assert, at least indicative of an understanding of false beliefs and that consequently, this Theory of Mind trait is as old as humanity’s last common ancestor with other apes – if not older.

In an accompanying article, primatologist Frans de Waal from Emory University in the US calls the work a “genuine breakthrough”.

“It avoids an undue reliance on language skills required to understand narrative and questions in theory of mind testing in children [and] it highlights the mental continuity between great apes and humans,” he writes.

Kleindorfer, who has examined the behaviour of yellow baboons and chimpanzees, contends that Krupenye’s team’s research has implications far beyond the capacity to recognise false beliefs.

“The capacity to wonder is a marvellous human trait,” she says.

“This breakthrough research supports the idea that imagination is a trait shared across species.”