Science and storytelling meld into an emotional rollercoaster at SCINEMA, the southern hemisphere’s largest science film festival. From near impossible medical achievements to the complicated love lives of one-in-a-million snails, audiences are taken through the highs and lows of science and what it means to be human.

Here’s eight films being shown at the national Premiere Screenings that will change everything you thought you knew.

The Face of a Stranger Hitting you right in the feels, winner of Best Film The Face of a Stranger pulls no punches. We meet Maurice Dejardins, who is in desperate need of a face transplant, and an ambitious surgeon Daniel Borsuk, for whom failure is not an option. Over the course of planning, preparing for, and carrying out the operation, an unlikely bond forms between the two men. I’ll admit, more than once I was left trying (and failing) to stealthily wipe away the tears as this showed why it’s one of the best science films in the world at the moment. With the right amount of fascinating science and heartwarming human connection, it questions our identities, and what it takes to return someone’s identity when it gets snapped away. You’ll have an all new appreciation for your face. If you’re one of the billion people who take vitamins regularly, an excerpt from winner of Best Documentary Vitamania, will leave you wanting answers. It’ll make you question everything you thought you knew about supplements and the vitamin industry, and whether or not you’re just peeing money down the toilet. Humans are intelligent. Can a single giant slime cell be considered intelligent? Of course not… right? The SCINEMA winner of Scientific Merit, Smart Slime? asks a question you’ve probably never asked yourself. With gorgeous time-lapse videography, this is a visually stunning science film that’ll have your mind boggled about just what is possible without a brain or nervous system.

Go deep beneath the seas with a team of intrepid, or insane depending on your perspective, divers as they swim amongst a swarm of starving sharks. Taking home the gong for Technical Merit is 700 Sharks, a breathtaking marvel of underwater filmmaking. It’ll remind you exactly why they’re considered one of the world’s greatest predators, and why you shouldn’t have watched Jaws at such a young age. Scientists are desperate for the answers to humanity’s most fundamental questions in an excerpt from winner of the Special Jury Award, The Most Unknown. Accompanied by breath-taking visuals, it’s an inspiring celebration of science that’ll have you wanting more. You’ll also see scientists getting stupidly excited about the very questions of our existence and place in the world – what does a mycologist think about physics? You’re about to find out as nine scientists travel to extraordinary parts of the world to discover The Most Unknown. Anyone who knows someone affected by stroke understands just how debilitating and devastating it can be. As someone with loved ones who have suffered from stroke, A Tiny Spark highlights their consequences in the lives of survivors and their families outstandingly. The film is a reminder of people’s amazing capacities for hope, and the real impact that scientific research can have on our lives. Meet Jeremy, star of Jeremy the Lefty Snail and Other Asymmetrical Animals and a one in a million snail whose shell coils to the left instead of to the right. It seems like a ridiculous premise for a (entirely factual) science film, yet it’s easy to get swept along in the quirky story of Jeremy’s rise to fame and his scandalous love triangle with two other lefty snails.

Why This Skateboarding Trick Should Be Impossible 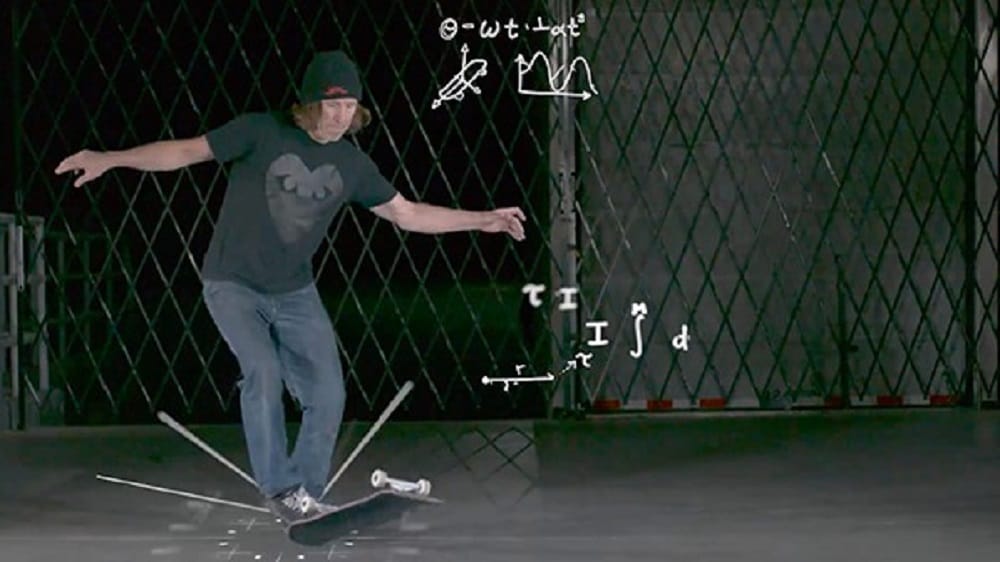 Finally hit the streets with YouTuber Physics Girl in Why This Skateboarding Trick Should Be Impossible. Along with skateboarding legend Rodney Mullen, the film investigates how skateboarders can work around physics to pull off impressive tricks. Turns out even something as ordinary as skateboarding can have interesting physics behind it.

The great thing about science films is that it not only quenches my thirst for science, but it makes me ponder the big questions – why are we here and why is the world like it is? SCINEMA 2019 is an inspiring celebration of science on the big screen.

SCINEMA International Science Film Festival is now showing at a cinema near you.

You too can see this compilation of the award-winning films and festival entries in an amazing two-hour viewing experience. Premiere screenings will take place in capital cities and regional centres around Australia from 28 May to 13 June. Tickets on sale now!