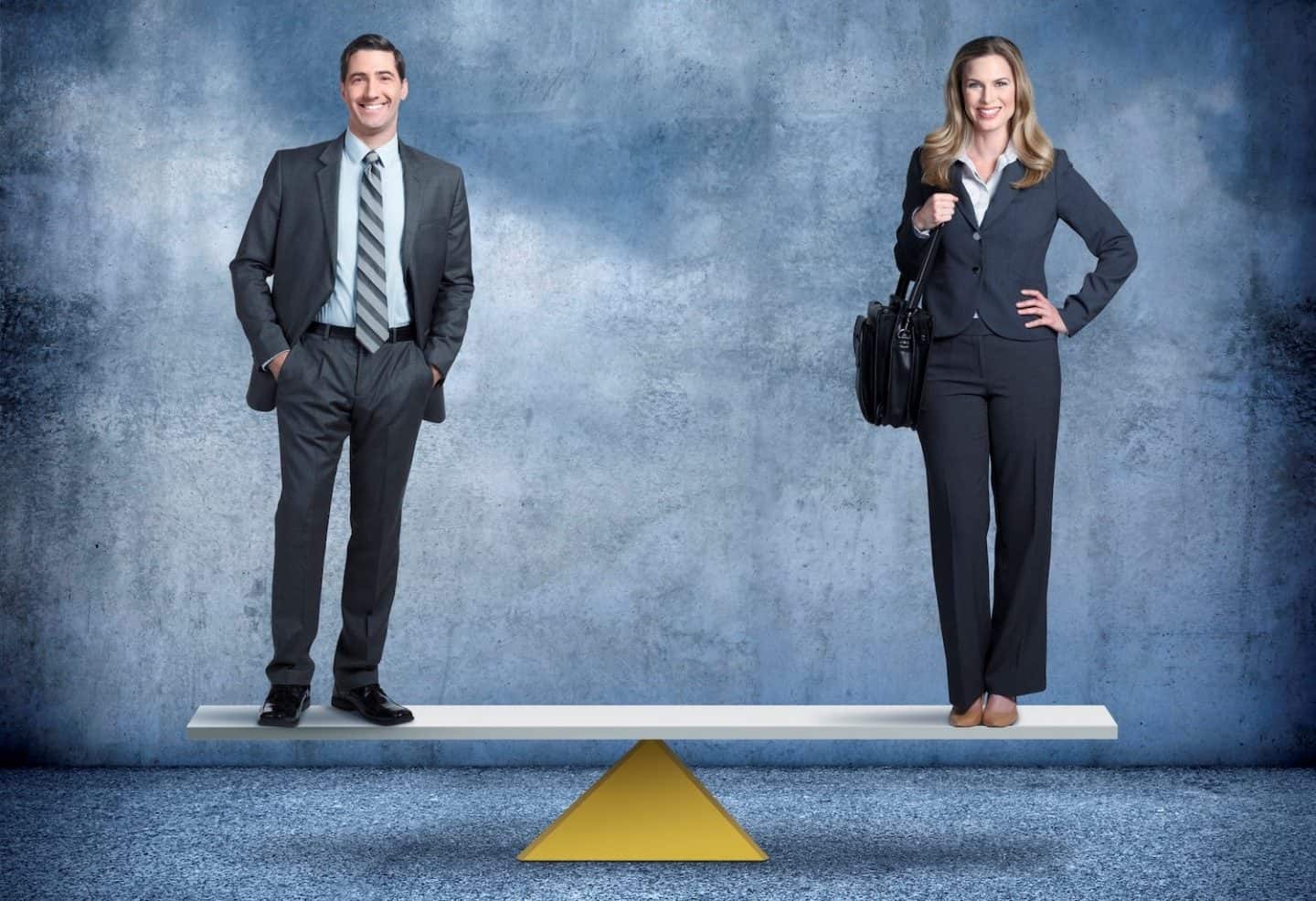 Attitudes are changing, but these two still aren’t equal all the time. Credit: DNY59/Getty Images

An analysis of social attitudes in the US has found that women are now perceived to be as competent as men, if not more so.

But they are still seen as less ambitious and decisive – traits attributed to leaders – reflecting less confidence in their ability to conquer the glass ceiling.

These are two key findings from analysis of 16 nationally representative opinion polls answered by more than 30,000 people from 1946 to 2018, a period that has seen women’s roles change greatly.

The work was carried out by researchers from the US and Switzerland. Their findings are published in the journal American Psychologist.

The researchers searched multiple databases over eight years to find polls from over the years that included one or more items assessing descriptive gender stereotypes, keeping those which that asked about the distribution of traits between the sexes.

To analyse trends over time, they then divided the 40 different traits into three categories – communion (13, including affectionate, sensitive, compassionate), competence (10, including intelligent, innovative, organised) and agency (17, including ambitious, aggressive, decisive).

The results show that most adults now believe that women and men are equally competent, showing a dramatic shift in perceptions over time. And the minority who chose one gender over the other selected females as being more competent.

Somewhat surprisingly, given this greater perceived equality, there is an even greater tendency than in the past to ascribe communal qualities to women.

What hasn’t changed, however, is people’s continued attribution of agentic qualities to men more than women.

Respondents were in general agreement about these qualities across the board, regardless of their demographic differences like gender, ethnicity, education, marital status or birth cohort.

The authors interpret the findings as reflecting social trends.

During the period of the survey, female contribution to the US labour force nearly doubled, while that of male workers – although still higher – dropped slightly. Women are also more highly educated, holding more university degrees than men.

Yet, while many have careers that demand cognitive competence, women tend to cluster in socially oriented occupations that involve helping others, such as teaching, nursing and health care. This has likely increased perceptions of their communal traits.

Men, on the other hand, are concentrated in leadership roles and careers requiring physical strength, competition and analytical and technical skills.

Lead author Alice Eagly, from Northwestern University, US, suggests another social contributor could be the “neotraditional” division of labour in the home, whereby women do about twice as much housework and childcare as men”.

While she acknowledges that good leadership benefits from a healthy dose of both communion and agency, as demonstrated by New Zealand prime minister Jacinda Ardern, Eagly maintains that agentic qualities like taking charge and exerting authority are still the primary qualities expected of leaders.

But there’s hope. The authors say this study’s most important message is that gender stereotypes can change over time.

“Challenging traditional claims that stereotypes of women and men are fixed or rigid, our study joins others in finding stereotypes to be flexibly responsive to changes in group members’ social roles,” they write.

This suggests that shifts in social position can influence people’s beliefs about gender attributes. Some of these have produced changing perceptions that will benefit females.

But the news is not all reassuring, she adds. “The downside for women, at least in relation to leadership, is that men are accorded greater agency.”