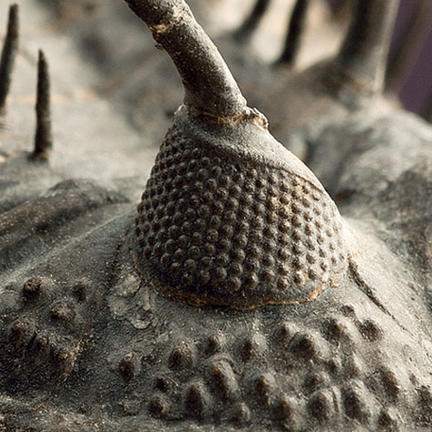 Biologists suspect we’re living through the sixth major mass extinction. Earth has witnessed five, when more than 75% of species disappeared. Palaeontologists spot them when species go missing from the global fossil record, including the iconic specimens shown here. “We don’t always know what caused them but most had something to do with rapid climate change”, says Melbourne Museum palaeontologist Rolf Schmidt.

Known as “the great dying”, this was by far the worst extinction event ever seen; it nearly ended life on Earth. The tabulate corals were lost in this period – today’s corals are an entirely different group. What caused it? A perfect storm of natural catastrophes. A cataclysmic eruption near Siberia blasted CO2 into the atmosphere. Methanogenic bacteria responded by belching out methane, a potent greenhouse gas. Global temperatures surged while oceans acidified and stagnated, belching poisonous hydrogen sulfide.  “It set life back 300 million years,” says Schmidt. Rocks after this period record no coral reefs or coal deposits.

The delicate leafy sutures decorating this shell represent some advanced engineering, providing the fortification the squid-like ammonite required to withstand the pressure of deep dives in pursuit of its prey. Dinosaurs may have ruled the land during the Cretaceous period but the oceans belonged to the ammonites. But volcanic activity and climate change already placed the ammonites under stress. The asteroid impact that ended the dinosaurs’ reign provided the final blow. Only a few dwindling species of ammonites survived. Today, the ammonites’ oldest surviving relative is the nautilus. Will it survive the sixth great extinction?